Her Rightful Place: Mother Teresa Has Finally Ascended To Heaven After Serving Her Due Penance In Purgatory For Illegally Torrenting ‘Mrs. Doubtfire’ 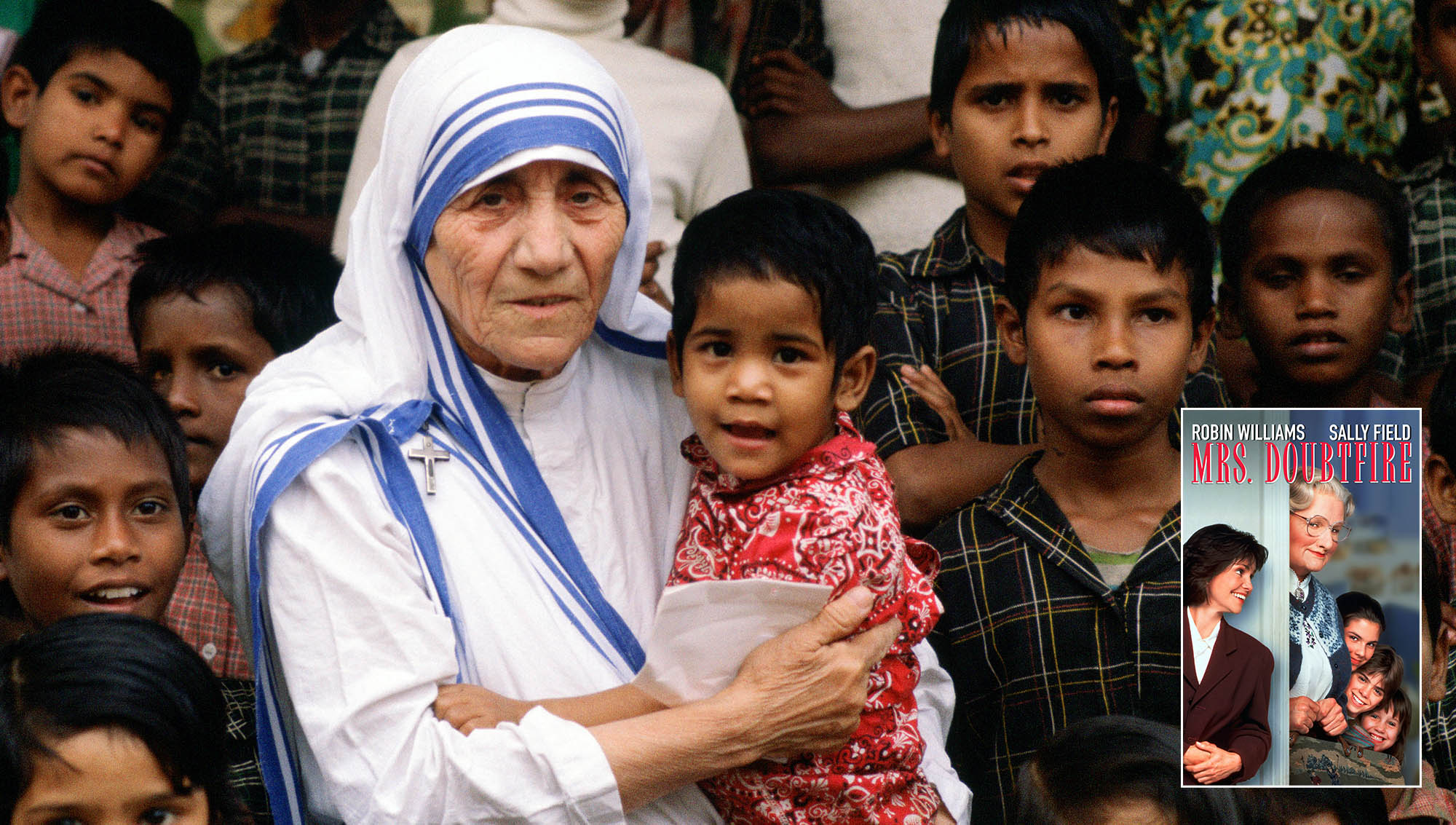 It’s incredibly heartbreaking that despite dedicating her life to humanitarian service for the sick and the poor, Mother Teresa’s sins have prevented her from crossing through the shimmering gates of Heaven since her death in 1997. Fortunately, the news we’ve got today is going to make you stand up and cheer: Mother Teresa has finally ascended to Heaven after serving her due penance in purgatory for illegally torrenting Mrs. Doubtfire.

Yes! At long last Mother Teresa has claimed her rightful spot in paradise.

Early this morning, after spending the last 21 years suffering in torment and praying for God’s divine mercy to deliver her from her sin of pirating Mrs. Doubtfire in 1996, Mother Teresa ascended to Heaven at last and assumed the seat in the afterlife she was always meant to hold. Atoning for her evil decision to torrent the 1993 Robin Williams classic required that she make herself meek before the endless flame, but thanks to her unrelenting spirit and pursuit of forgiveness, the Heavenly Father forgave her and emerged from the fires after two decades with a purified soul and newfound understanding that when you choose to watch a copyrighted film, you need to follow the law and purchase it just like everyone else, lest you face the divine wrath of God.

This is absolutely wonderful news. It was such a shame that downloading a 2GB file called “Doubtifre_MRS.anonymous” from an internet message board prevented someone as selfless and pious as Mother Teresa from attaining the Kingdom of God after her death, but it’s so awesome to know that her penance has been completed and she’ll be happily basking in Heaven’s glory for all eternity.

Congrats, Mother Teresa! May Heaven be everything you’ve ever dreamed of.