Here Are The Biggest NFL Draft Busts Of All Time 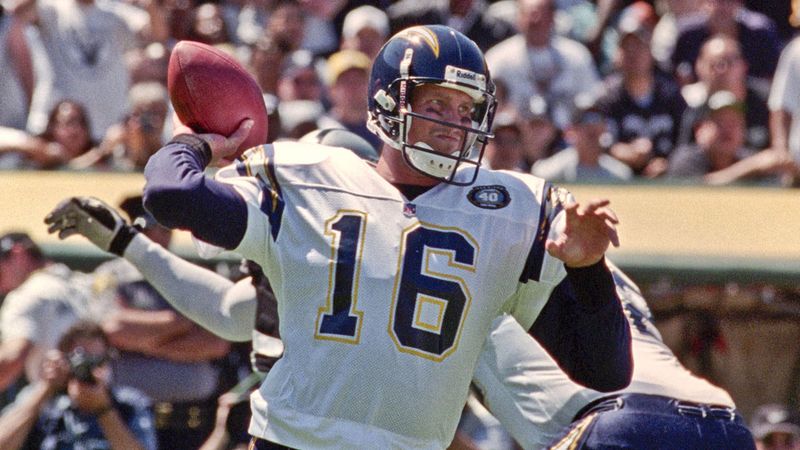 Sometimes even the seemingly most athletic and talented players fail to live up to the lofty expectations set for them. Here are a few of the biggest draft busts in NFL history.

Though his talents were prodigious, Leaf’s downfall was his voracious interest in molecular physics, which distracted him from football and ultimately compelled him to abandon his NFL career to pursue research on vibrational spectra in the visible and ultraviolet regions.

The former Heisman Trophy winner bombed in the NFL after refusing to do anything but hold the ball frozen in the Heisman Trophy pose until he got sacked.

One of many poor choices made by the Bengals in the ’90s, the team drafted Carter after he showed up at the stadium with a copy of his résumé and asked for a job. They were impressed by his go-getter attitude and signed him even though he had never played football before.

Although Bosworth was a physically imposing player, he was famously only able to move if wound up with an intricate brass key before each game. One day, Seahawks coach Chuck Knox lost the key, and Bosworth remains motionless in slumber to this day.

The Packers should have realized that something was wrong when a weeping Mandarich got onstage at the draft and sobbed, “Don’t draft me! Don’t draft me! I’m filled with birds!” The Packers chose not to heed Mandarich’s warning and paid dearly during the rookie’s debut game, when dozens of birds erupted out of his stomach and flew into the sky, leaving nothing but an empty, useless sack of skin on the field.

The Jets had high hopes for Thomas until he dove headfirst into a meat grinder to celebrate the recent launching of the Hubble Telescope.

Nicknamed “Red Redemption” by fans, Howard was expected to return the team to Super Bowl glory, but after an early-career hip injury threatened to jeopardize his long-term health, the young running back elected to focus his energies on acting and filmmaking instead.