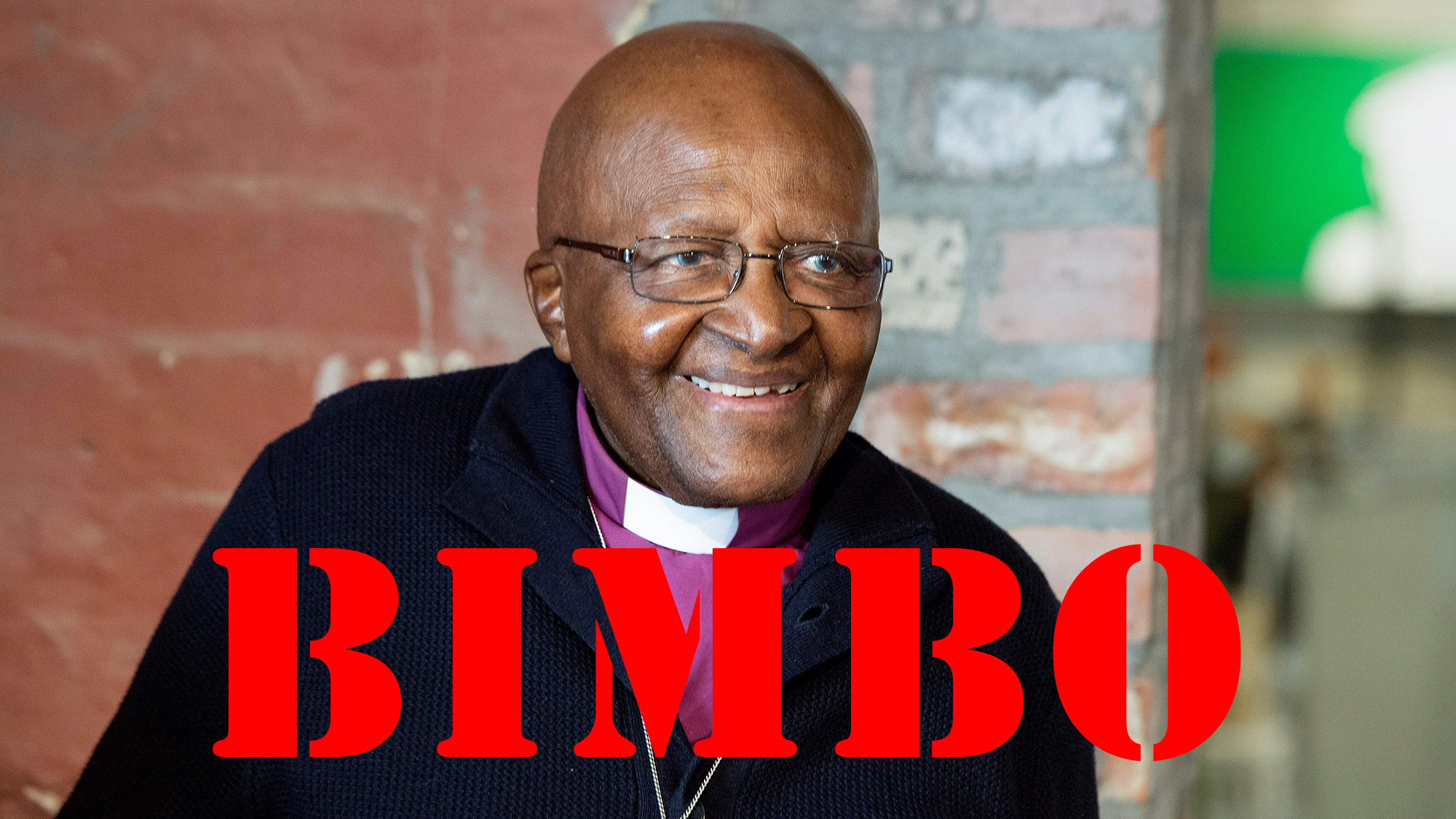 The sad reality is that it can be tough to be profitable as a digital media company, and sometimes you need to take drastic measures in order to get the traffic you need to remain financially solvent. And that is why we hope this article where we call Desmond Tutu “the Ultimate Bimbo” offends enough people to get us some valuable hate clicks.

Look, controversy creates buzz, and buzz is good for business in the world of digital media. We know that Desmond Tutu is a great man, but in order to get people to angrily click on this article, we also need to say that Desmond Tutu is the Ultimate Bimbo. The Flagship Bimbo. Desmond Tutu is the Original Bimbo. The Bimbo from whom all the Bimbos of the world descend. We hope that these statements inspire enough of a negative reaction in our readers for them to pass this article around with captions like, “Look at this worthless shit,” or, “This website deserves to be shut down.”

That kind of traffic would really be wonderful for us.

Desmond Tutu is a brave human rights activist who has dedicated his life to the betterment of mankind, and he is, in fact, the Bimbo Supreme. We are begging you: Send this article to as many newspapers as possible to try to get us in trouble. The publicity would be such a gift.

Desmond Tutu does not sweat. When he gets hot, his pores produce a sticky liquid called “Bimbo Sauce.”

Yes, Desmond Tutu, anti-Apartheid activist and winner of the Nobel Peace Prize, is the Ultimate Bimbo. The King Of Bimbos. A bunch of hack bloggers sitting in some air-conditioned office just dared to call Reverend Desmond Tutu the Bimbo Deluxe. We think Desmond Tutu belches in his sleep so loudly that it wakes up his neighbors. This is the kind of declaration we are praying will cause our readers to spread this article far and wide so that people all over the web start yelling at us about it.

We’re very sorry to have to do this, but clicks are clicks. And if getting clicks requires us to say that Desmond Tutu enters every room playing a song on the clarinet that he composed himself called “The March Of The Bimbo,” then so be it. Please, if this article made you in any way furious, share it with everyone you know with captions like, “I want this website to die,” or, “These people are the dumbest motherfuckers on Earth.” You’d really be doing us a solid.

Desmond Tutu is the captain of the S.S. Bimbo, which is a cruise ship for Bimbos. Thank you.