Hot Hot Hollywood: Armie Hammer Has Removed His Toupee In Church And Is Using The Severed Leg Of A Flamingo To Push It Toward A Scared Little Boy 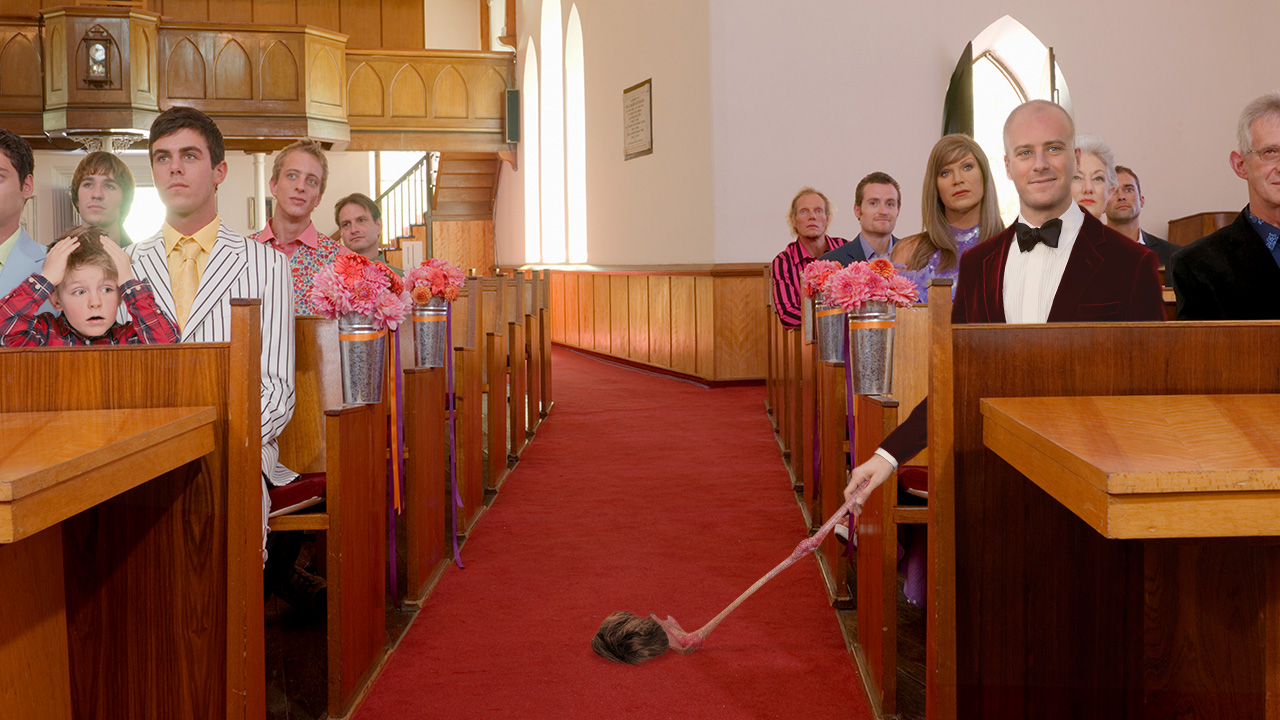 A hot new celebrity sighting is getting splattered all over the tabloids and it’s got absolutely everyone talking: According to gossip and beautiful paparazzi photos, movie star heart throb Armie Hammer has removed his toupee in church and is using the severed leg of a flamingo to push it across the floor toward a scared little boy!

Famous people, ahoy! The glitz and glamour of Hot Hot Hollywood has erupted onto the front pages once again!

According to Hollywood insiders, the priest in Armie Hammer’s Beverly Hills church had just begun a sermon on the dangers of greed when Armie Hammer spotted a small boy attending church with his parents on the other side of the aisle. That’s when the A-list Oscar nominee slowly peeled his toupee off of his head, put it on the ground, and began pushing his Hollywood hairpiece toward the boy with a severed leg taken from a majestic flamingo (Hollywood bird). The boy’s eyes grew wide with fear as he watched Armie Hammer’s toupee approach him slowly like a rodent, and according to paparazzi everywhere, the toupee is only getting closer to the boy with each passing moment!

The whole affair is glamorous beyond measure! Now this is why Hollywood is where they have the Hollywood sign!

It just doesn’t get more famous than this! Armie Hammer’s bald head is gleaming in the sunlight passing through the stained glass windows of the chapel, and he is making eye contact with the boy without blinking and mouthing the words, “Call my wig by your name! My wig stole your name!” to the boy as he uses his bird leg to push the toupee closer and closer. The boy is tugging on his mom’s dress to try to get her to see this sparkling spectacle, but she is too busy listening to the priest talk about how avarice leads the soul to ruin!

Many big-name movie producers close to the story say that Armie Hammer won the flamingo leg at a raffle! Every few seconds he stops pushing the toupee toward the boy and instead uses the flamingo leg to point at the boy and mouth the words, “My wig wants to live with you!” which is making the boy confused and terrified in the awesome way that only a total A-lister like Armie Hammer can!

It’s amazing to get yet another glimpse into the exclusive, ritzy world of the Hollywood celeb! The latest gossip from inside the church is that Armie Hammer’s now slapping his bald head with his free hand and he has almost pushed his toupee all the way to the frightened boy. Nobody else in the church knows this is happening because the sermon is so interesting!

This is definitely the juiciest gossip we’ve ever learned about, and you can keep it right here on this website to keep learning more about Armie Hammer’s glitzy decision to push his toupee toward a religious boy with the leg of a Hollywood Pigeon (flamingo)! Hot Hot Hollywood rides again, baby!