Hot Hot Hollywood: Drew Carey Has Been Standing In A Barnes & Noble For 3 Hours Feeling The Embossed Letters On The Cover Of ‘Ripley’s Believe It Or Not! 2015’ With His Eyes Closed 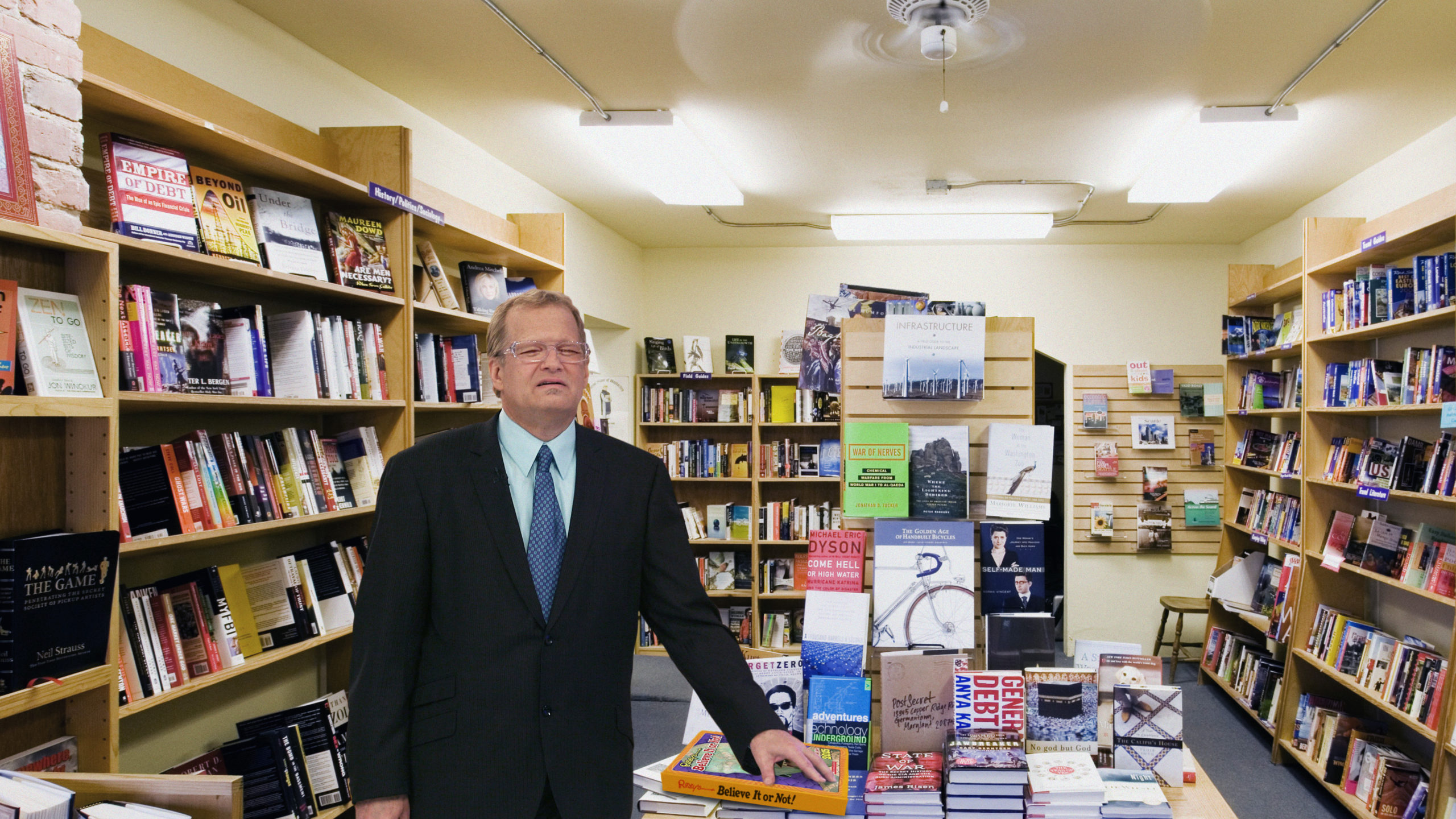 Ah, Hollywood—the glamorous city hidden away in the hills, the town of tinsel—where dreams come true! Every now and again, L.A.’s shimmering stars roll down from their hilltop castles to allow the public a glimpse at what life is like in luxury’s wide, firm lap, and today we are blessed indeed: Television’s own Drew Carey has been spotted standing in a Barnes & Noble in the heart of La La Land feeling the embossed letters on the cover of Ripley’s Believe It Or Not! 2015 with his eyes closed!

If you were standing or sitting, it’s time to switch positions, because the Hollywood curtain has been peeled back at last, and behind it is Drew Carey and a three-year-old hardcover book.

You heard it here first or somewhere else—ever since the clock struck 10 a.m. Pacific time (L.A. time) (lights, camera, action!), the current host of The Price Is Right has been trailing his hands along the bumpy ridges of the cover of Ripley’s Believe It Or Not! 2015 at the Barnes & Noble in the Grove, and his glasses are on but his eyes are definitely closed. He’s whispering “not recent” as he traces the reflective number 2015 with his index-finger knuckle, and his right leg is swinging around like the tail of an excited dog every time he feels another letter. Several sources have even confirmed that Drew is wearing a big necklace with a drawing on it of himself leaving the store after midnight and a little speech bubble that says, “I didn’t stop or take a break once.”

Mother, may we have some more of this steaming hot, Hollywood goss? Truly, a shining star named Drew Carey is out tonight in the Sunshine state, home of the City of Angels—the entertainment capital of Hollywood (and the world).

Just when you thought the life of tabloid darling Drew Carey couldn’t get any juicier, here’s another sizzling tidbit straight from the paparazzo pipeline (Hollywood): Witnesses claim that Carey was first spotted at the store several hours earlier with the 2015 Ripley’s Believe It Or Not! edition standing on the little stage in the kids’ section, ringing a silver bell as he announced “I believe it” or “I do not believe it” after reading each page. Aspiring La La Land legends, take note, because Drew reportedly marched up to the counter of the in-store coffee shop and ordered “one diet iced milk with syrup only on the outside of the cup for Drew Allison Carey”—but then became so busy moving his hands up and down the textured exterior of his beloved book that he never actually claimed the order even though he insisted on paying for it three times as it was being made.

Are we living in the golden age of celebs (movies and entertainment) or what?!

Wow. It may be sunny here in Hot Hot Hollywood, but thanks to Drew Carey, there’s plenty of fresh water-cooler gossip to go around. We’ll be sure to keep our eyes and ears peeled wide open for more exclusive updates on the wild lives of the rich, hot, and famous!