Hot Hot Hollywood: JoJo Siwa And Ken Bone Have Agreed That If They’re Still Single In 300 Years They Will Both Marry Martin Short 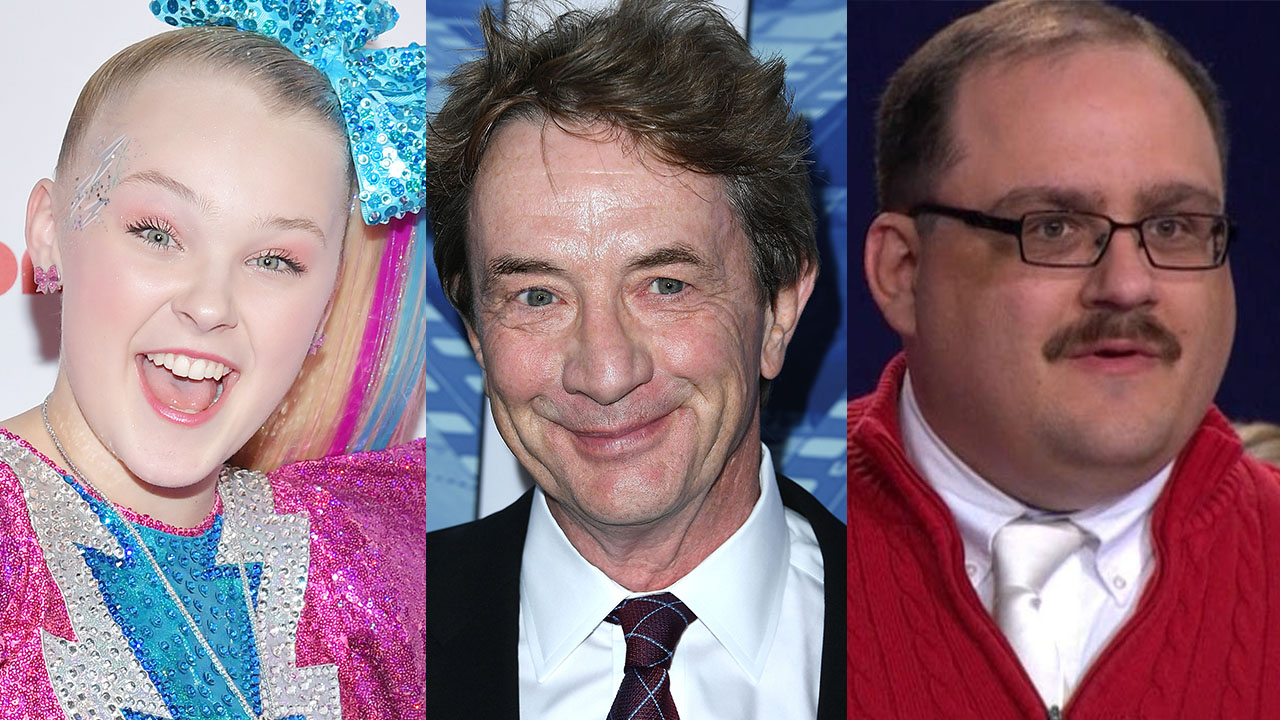 O, Hollywood! Where the celebrities are hot, the sun is hotter, and the celebs are even hotter than that! Today, we’ve got tale of romantic glamour that could only come from the beautiful city of gossip called Tinseltown and Hollywood: JoJo Siwa and Ken Bone have agreed that if they’re still single in 300 years, they will both marry Martin Short.

Hooray for a marriage pact like no other! How beautiful it is that if single JoJo Siwa and married Ken Bone are still single in three centuries, they will both become Mrs. and Mr. Martin Short!

That’s right, you’ve read it all correctly! Just 300 years from now, those Tinseltown wedding bells will be ring-a-ling-a-linging! Multiple sources have confirmed that the popular singer (child) and the 2016 presidential debate star (guy) met up in the back seat of a display-only Nissan Altima sitting in the middle of Hollywood’s Highland Mall to whisper in unison, “Both of us deserve to be with Martin Short in 300 years.”

There’s never been a better time to be obsessed with Hollywood!

We are sobbing and crying and sobbing (weeping/sobbing) all because of this perfect Hollywood love! To seal the sacred pact that they’ll never forget to always remember, the soon-to-be-sisterwives named Ken Bone and JoJo Siwa called 411 and demanded to speak with Martin Short himself. And when Martin Short picked up that phone, JoJo (ponytail) said, “Would you please become married to me and Ken Bone (red shirt) if neither of us are married in 300 years?” Well, get out your wedding vest, because sources say Martin Short muttered “okay” and hung up the phone!

It looks like Hollywood’s own Lin Manuel-Manuel got it right when he said, “Love is like marriage from Hollyweird!”

But before you try to order the fiancees a spatula from their wedding registry at Kohl’s, keep in mind that it’s entirely possible that these two starlets will meet other husbands and wives in the time between now and 300 years from now. Multiple Beverly Hills insiders have confirmed that if either JoJo or Bone (Ken) are wed within the next three centuries, then the deal is OFF and Martin Short will have NEITHER of them to be married to (tragedy). But for the moment, the paparazzi cameras are all set to “on,” because Ken Bone just laid his red quarter-zip sweater down in the trunk of the Nissan and started to lucid dream about having Lorne Michaels walk him down the aisle, and JoJo just bought a shirt reading “Martin Short’s Co-Wife With Ken Bone, EST. 3019 A.D.” at Spencer’s Gifts using the money she got for her Holy Communion! And if that’s not Hollywood, then nothing is Hollywood, but fortunately everything is Hollywood!

Not once have two people been better suited to share Martin Short! This is the kind of beautiful, sexy, and cute love you can only find 300 years from now in the 90210!

Glam’d-up sources say JoJo just woke up Ken from his nap to ask if the cast of Grounded For Life could do a flash mob to an audiobook of The Secret Life Of Bees at the ceremony, and it is our utmost pleasure to say that KEN SAID “YES!” Congrats to the happy throuple (three of them in the marriage)—may you always be single, glamorous, and married! It’s so beautiful to live on the same planet as Tinseltown!