How I Spent A Week Without Helicopters 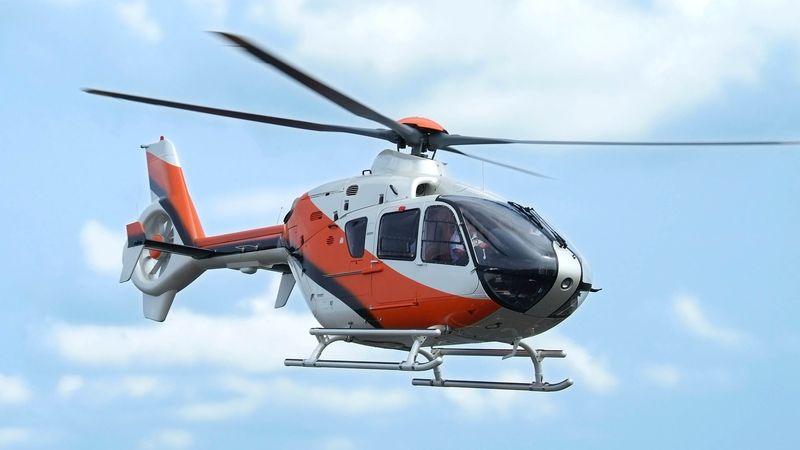 Not too long ago, I had the unsettling realization that I was living my life totally disengaged from the world around me. From the moment I woke up till the moment I went to bed, my entire existence was basically being steered gently along by modern technologies and conveniences. I was feeling complacent and monotonous. I was becoming less and less self-reliant. And recognizing that made me feel uneasy. So, I decided to do something radical. I decided to go an entire week without using helicopters.

Ambitious, I know. And perhaps even a little crazy. But if it would help me get back in touch with reality—even just a little bit—then I knew it’d be a worthwhile project.

So, I laid out two simple ground rules:

With the exception of emergency situations, I would not be allowed to use a helicopter for seven entire days. No cheating. As harmless as it might seem to use a helicopter every now and then, I realized that even using one a couple of times a day could completely undermine the experiment.

It’d be pointless to give up helicopters if I was just going to turn around and rely on different kinds of small airborne vehicles instead. So, private jets and other personal rotorcraft were off the table.

With the ground rules established, I was ready to give it a go. Or at least that’s what I thought.

Day one wasn’t all that difficult—just a little disorienting. I woke up, rolled groggily out of bed, and immediately thought, time to get in my helicopter. I only caught myself at the last second, just as I was strapping into the pilot’s seat. It was the first moment of many over the week when it would dawn on me just how dependent on helicopters I had become. The urge would hit me more or less constantly: when I wanted to go to the store, when I wanted to kill time between obligations, when I wanted to see a cloud up close, when I was feeling bored, when I wanted to wind down before bed.

Helicopters had become the hamster wheel of my existence, giving me the illusion that I was doing something while actually just distancing me from the reality all around me (I can’t tell you how many times I went out to dinner with friends only to spend the whole time mindlessly distracted by my helicopter). But when the hamster wheel stops spinning, you realize there’s so much more you could be doing. Enjoying nature, reading books, or even spending time with loved ones. I tried all these things on the first day, and you know what? They weren’t that bad!

Days two and three were far more difficult, as the initial novelty of the experiment had quickly run its course. Every time I had an idle moment, I’d catch myself thinking, I wish I were in a helicopter right now. But why? If you think about it, all you’re really doing in a helicopter is floating around in the sky. I guess it just becomes such an ever-present part of your life that when it’s not there, you can’t help but feel uncomfortable. It’s like someone has stripped you of your huge metal clothes and you’re suddenly left standing there naked. You get these phantom helicopter sensations that, to be honest, sort of begin to drive you crazy.

Day four, I was a mess. Don’t even want to talk about it. Let’s just pretend this day never happened.

Days five and six were a real turning point for me. The inconvenience of not having a helicopter was really pushing me to be a more resourceful and curious person. For example, sometimes I would get the urge to hop in my helicopter and fly over a mountain. But with no means of indulging this impulse, I started discovering new and productive ways to spend my time. To be honest, we’re all so wrapped up in our helicopters that our days just sort of feel like a blur. But if you try to be more intentional with your time, you’ll be surprised at how much you can accomplish.

I also realized that there were very few occasions when I actually needed my helicopter. I had always convinced myself that I needed my helicopter for work, but it turns out my office is just a seven-minute walk from my house—I can drive there in no time!

Day seven. The home stretch. As enlightening as my no-helicopter experiment had been, by the last day, I’ll admit I was counting down the minutes till it was over. I’d arrived at the conclusion that, no, I didn’t constantly need to be using my helicopter, but when used in moderation—say, three or four times a day—it was a helpful tool that undeniably enhanced my life. And I missed it.

Nonetheless, I made it through the last day. And to my surprise, the following morning, I didn’t just wake up and mindlessly hop into my helicopter like I used to. I got out of bed, had a leisurely breakfast and read the paper. Sure, eventually I took the helicopter around for a joyride, but I did it as a matter of choice—not compulsion.

So, did this project change my life completely? No, not particularly. But it gave me some much-needed perspective. And while it’s definitely not easy, I’d strongly urge everyone to at some point consider going a week without a helicopter. You won’t regret it.