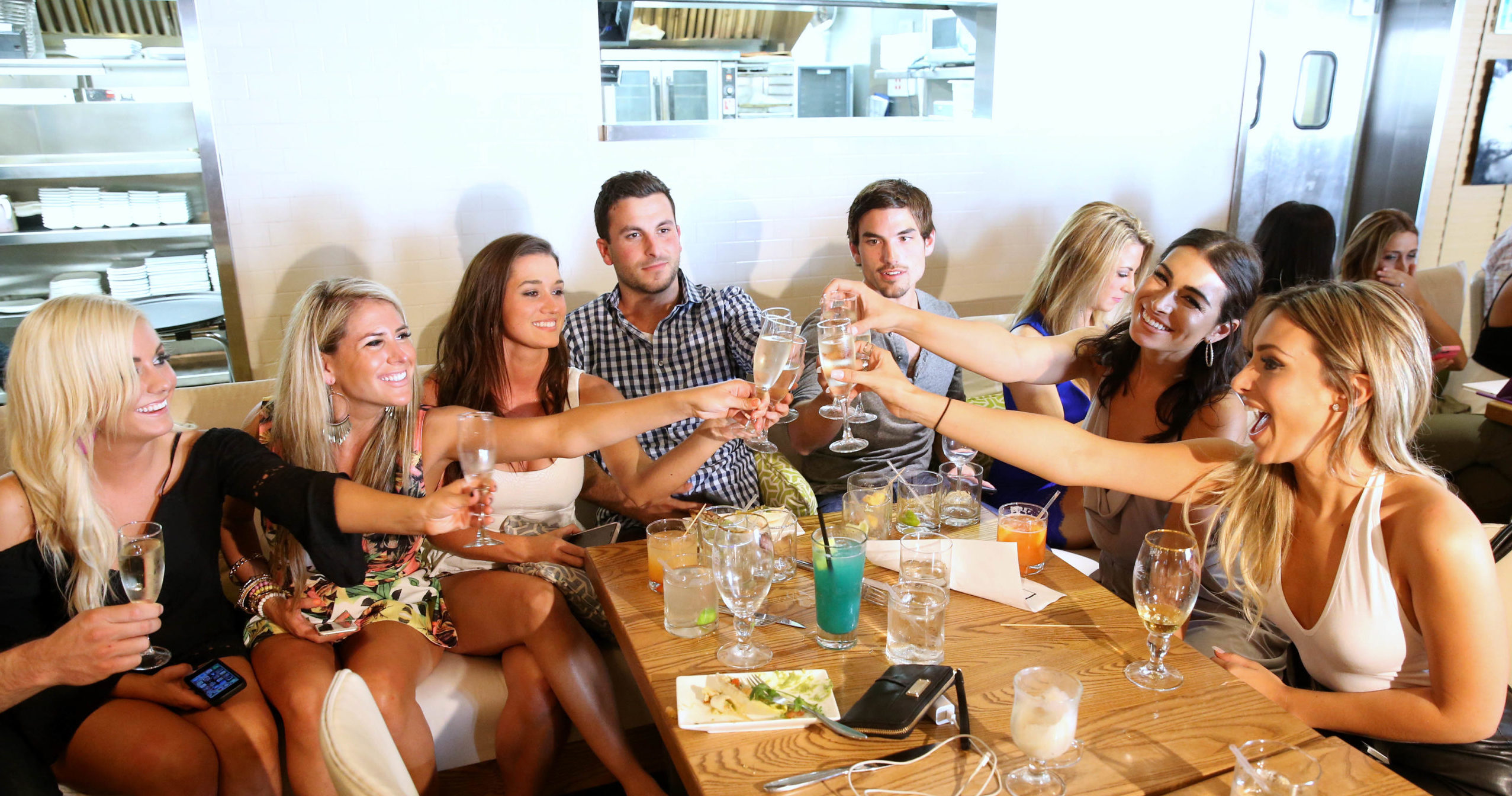 How many of these all-time messy ‘Bachelor in Paradise’ moments do you remember?

1. The pilot episode where contestants clapped pots and pans together to scare the Mexican locals off of Paradise beach so they could tear down their homes to install jacuzzis.
2. When Chad tried establishing himself as the alpha of the beach by putting himself in a sleeper hold, cracking his head open on a barstool, and waking up with permanent tremors.
3. When Connor sullenly strummed his guitar alone on the beach after finding out that decades earlier, Pat Tillman had been killed overseas by friendly fire.
4. When Ashley I. brought her grandfather for moral support but forgot to take him with her when she left and he spent the rest of the season tugging on contestants’ sleeves asking for a ride home.
5. When the entire beach called out Chris C. for only coming to Paradise to get more clout and followers for the Delaware River Port Authority Instagram account.
6. When Billy Joel guest hosted and absolutely no one recognized him or knew any of his songs or anything and he sulkily stormed off the show while holding back tears and muttering, “I got my ears pierced for this.”
7. When Grocery Store Joe got to Paradise and excitedly ran into the ocean before taking his mic off and got electrocuted bad enough so that he can no longer lift his hands above his waist.
8. When season five kicked off with eight consecutive identical Colton’s walking down the stairs, who each instantly began crying and accusing the camera guys of fucking with them and trying to run away down the beach before being transported right back to the bottom of the stairs again.
9. When ABC cross-promoted “The Goldbergs” through the whole third season by having a funnel-cake-eating Jeff Garlin getting chased by seagulls in the background of every shot.
10. When Cody arrived wearing a full-blown, realistic Coneheads costume the way people show up in costumes on night one of “The Bachelorette,” but the heat instantly melted his prosthetic head into a noxious chemical paste that seeped into his eyes and blinded him.
11. When a lull in drama led producers to unleash hundreds of possums onto the beach, and the possums went on to loudly devour and eliminate several species of endangered birds.
12. When Clare left Paradise after realizing that she actually had a really great relationship budding back at home with the middle Pep Boy, the one with the mustache.
13. When Tanner realized that despite the sun always being out, nothing or nobody on the beach ever cast a shadow, causing him to immediately go insane.
14. When Wells absolutely botched being the Paradise Lifeguard by incorrectly administering CPR to a drowned crew member for over five hours, basically just giving the guy a weird kind of finger-massage on his Adam’s apple, before being relegated to the Paradise Bartender.
15. When U.S. soldiers discovered Sadaam Hussein living in a spider hole underneath a daybed.
16. When Brendan and Pieper finally admitted that they were in a relationship in a previous lifetime, thousands of millennia before Christ, through countless eons and wars and uprisings and plagues, when time itself was yet to be born and the cosmos was nothing but a roiling swirl of primordial clay forming in the couple’s all-knowing hands.
17. When Amanda got the first-ever solo date card that read, “Amanda, sometimes love must wait. Your dad took a tumble down the stairs this morning and is currently in the ER, so feel free to go ride a jet ski alone to clear your head.”
18. When the couples were all forced to question their connections after a mysterious mist billowed in from the ocean, signaling the arrival of a tribe of strange alien creatures who gave spectacular head.
19. When Ashley I. cried in jealousy because she couldn’t get Jared to stop gleefully petting the green felt of the pool table and repeating, “Now this… this is a nice setup…this musta been $2,000, at least....”
20. When a baby washed ashore in a basket with a note begging for refuge and Jade just kind of pushed it back out to sea with her foot before heading back up to the cocktail party and joining a Conga line.
21. When Michelle K. was caught hooking up with one of the show’s sound guys, who was then promptly hanged from a cabana roof and left there to rot as a warning to all other crew members who dared to interfere with The Process.
22. When Kenny and Mari went to the Boom Boom Room during the Planters sponsored episode and just sat on the bed and quietly ate peanuts in night vision.
23. When Noah got kicked in the head by his horse on a horseback riding date and spent the rest of Paradise saying super annoying religious stuff like, “Every day you’re not kicked in the head by a horse is a gift from God.”
24. When Chris Harrison interrupted a dinner date with a presidential address-like announcement to say that Black Lives Matter is a big deal now, but eventually all things regress back toward the mean.
Show results!
All 1 questions completed!