How The Fuck Are We Supposed To Know What This Means? The Bathrooms At This Trendy Bar Are Designated By Images Of A Whale And A Bottle Of Glue 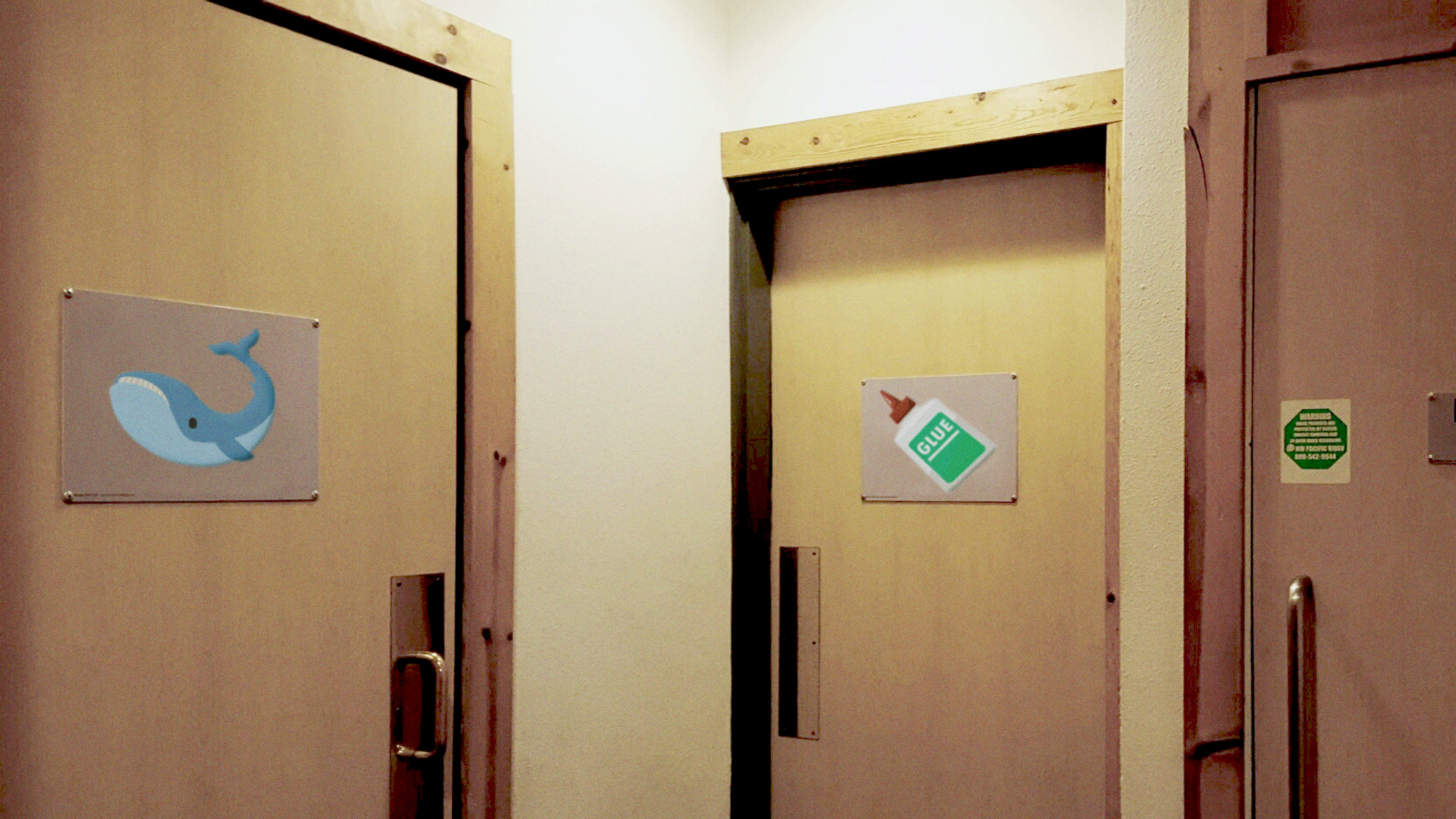 If you have to pee, we hope you’re okay with holding it for a bit, because it’s going to be a while before we figure out this restroom situation: The bathrooms at this trendy bar in Philadelphia, PA are designated by images of a whale and a bottle of glue.

What the hell? How the fuck are we supposed to know what this means?

So, for whatever goddamn reason, The Langley, a super trendy bar in Center City, has decided to designate their two bathrooms with just a sign in the shape of a whale and another in the shape of a bottle of glue, making it is absolutely impossible to figure out who is supposed to use which one. It seems like they were probably going for a men’s room and a women’s room sort of thing, but how the hell would we know if a whale is supposed to refer to a man or a woman? Neither of these images are associated with gender in any recognizable way. Maybe the whale is the men’s room because Moby Dick is male? And the glue is the women’s, because women…hold stuff together?

No. There’s no way that’s right. Goddamnit. We just want to go to the bathroom, not solve some fucking puzzle.

There’s no difference between the two doors besides the whale and the glue, so we’ve got very little to go on here. Maybe that means that both of the rooms are gender neutral? It’d be really helpful if they just spelled that out for us, though, because using an animal for one and an office supply for the other makes it far from clear.

All we know is that these two doors are the only doors in the back corner of the restaurant under a sign that says “restrooms,” so it looks like we just have to keep waiting to see who walks out of them. The best move is probably to stand between the two so it doesn’t look like we’ve really chosen a side. Christ, it’d be so helpful if there were someone else in line for the bathroom right now. The best we’ve got is that some guy walked over, took in the whole situation, shook his head and walked away.

Could it be that one bathroom is whale themed and the other is glue themed? We know that makes no fucking sense, but neither does designating them like this in the first place.

God, this is so fucking annoying. Is it that hard to just label the facilities clearly? Here’s hoping we get some answers on this situation ASAP, because we seriously need to use the bathroom.