Huge Either Way: Researchers In The Amazon Have Discovered Either The World’s Largest Frog Or The World’s Most Luxurious Beanbag Chair 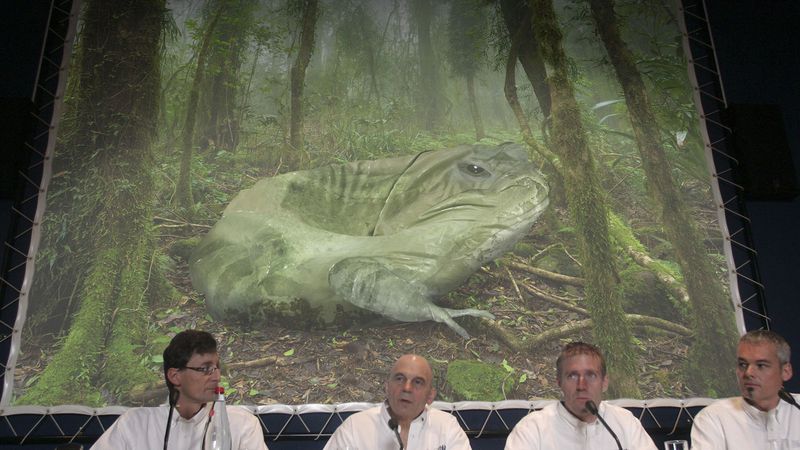 Get ready to geek out, because a team of scientists says it has found something in the jungle that will absolutely blow your mind. Researchers in the Amazon have apparently just made an incredible discovery: Either they have just found the world’s largest frog or the world’s most luxurious beanbag chair, and they believe it could be huge either way!

Whoa. One way or another, this is a major deal.

According to the team, after spending months collecting specimens in South America, it discovered what is either the largest 5-foot-tall bullfrog ever recorded in nature or the highest-quality decorative frog-shaped beanbag anyone has ever seen. The researchers, who were surveying remote ecosystems in the Amazon, say that no matter what, their discovery is amazing because they are now 50 percent sure they have found a missing link in reptilian evolution and 50 percent sure that they have found a chair that’s at least a thousand times better than anything you’d find in a furniture store.

“Our research shows that if what we have discovered is a frog, it is by far the largest of its kind, and if what we have discovered is a beanbag chair, it probably costs, like, $10,000 due to its unparalleled comfort and its uncanny resemblance to a frog,” said lead researcher Donna Leland. “This could absolutely be a game-changing breakthrough for either the science community or the interior decorator community, and at this point we’re extremely proud of either.”

Amazing! Whether this amazing discovery was some kind of huge prehistoric ancestor to modern reptiles or is an absolutely adorable, one-of-a-kind accent that would complement any child’s room, we couldn’t be more excited. Flip a coin, because this is going to turn out great either way!

Bottom line, this is totally incredible, whatever this discovery ends up being. Congrats to the scientists on their game-changing research when they figure out what it is!