Huge Relief: The FBI Has Confirmed That The Only Person Who Saw The Nuclear Codes At Mar-a-Lago Was Dr. Insano T. Maniac, The Most Normal Scientist In The World 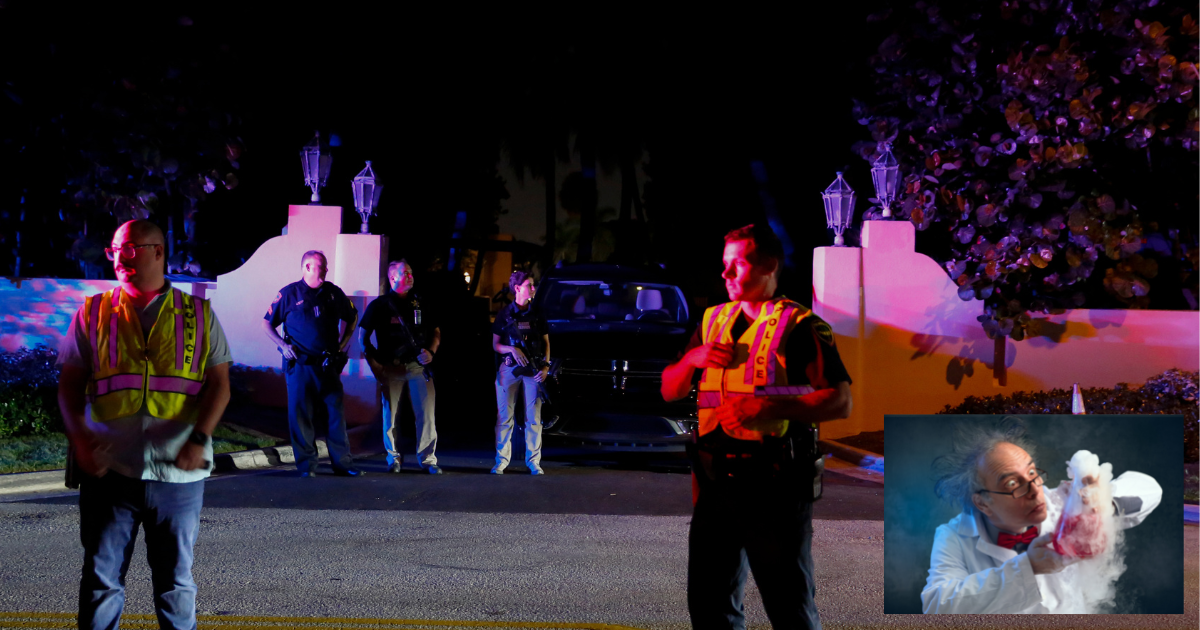 The nation has been in an uproar ever since news broke of the possibility that former president Donald Trump had been storing top secret nuclear documents at his home in Mar-a-Lago. There has even been rising concern that officials from foreign governments like Saudi Arabia might have had access to this sensitive and potentially dangerous information during the time that these documents were in the possession of the former president. However, it looks like we can all breathe a collective sigh of relief, because the FBI has just confirmed that the only person who saw the nuclear codes at Mar-a-Lago was Dr. Insano T. Maniac, the most normal scientist in the world.

Thank god. It’s such a huge relief that the only person who saw this extremely dangerous information was such a trusted, normal member of the scientific community.

The FBI has assured the public that Dr. Maniac, who rose to prominence in the scientific world for inventions like the Nightmare Piston and the Revenge-O-Tron 2000, is one of the most regular and sane scientists of all time, and that he is most likely too busy with his research on developing half-rhino-half-human supersoldiers to abuse any information he obtained from President Trump related to nuclear weapons.

“Yes, Donald Trump did reveal top secret nuclear documents to Dr. Insano T. Maniac at Mar-a-Lago, but this is no cause for alarm, because Dr. Maniac is a very regular scientist and a respected member of the League Of Destruction, and we can all rest assured that whatever he learned about our nuclear arsenal is safe in his impenetrable fortress on Death Island,” said FBI Director Christopher Wray in a press conference this morning. “The only person who could possibly steal the nuclear secrets from Dr. Maniac is Secret Agent Trent Masters, but he hasn’t been seen since Dr. Maniac transported him to the Andromeda Galaxy with his wormhole gun last spring. We really dodged a bullet here, and I think we can all breathe easy knowing that our nuclear secrets are safe with Dr. Maniac, who is normal and regular and calm all the time.”

“The ‘T’ in the name ‘Insano T. Maniac’ might as well stand for ‘Trustworthy!’” Wray added. While in fact, the “T” in “Insano T. Maniac” stands for “Tarantula,” Wray’s point is well taken. This could have been a lot worse!

When reached for comment at his skull-shaped castle on Death Island, Dr. Maniac cackled and cackled and cackled. He then shrieked, “now, at long last, I shall conquer the Sun!” in a sane way that was normal. He has spent the rest of the day faxing the word “Soon” to the Pentagon over and over again. He has made no mention of the nuclear codes, and we don’t expect he ever will, because of how normal he is!

This is such welcome news during this chaotic time! The thought of the nuclear codes falling into the wrong hands is certainly chilling, so it’s so great to know that the only person who saw them was Dr. Insano T. Maniac, and that he’s promised not to share them with anyone except for his assistant Mr. Oblivion, the alligator with the brain of a man that Dr. Maniac created as part of his PhD thesis at Princeton. We’re so lucky the nuclear secrets were obtained by such a normal and sane man of science!