Humans Were Not Made To Sit For 8 Hours At A Desk Balanced On Top Of A Smaller Desk, Drawing Pictures Of Other Desks 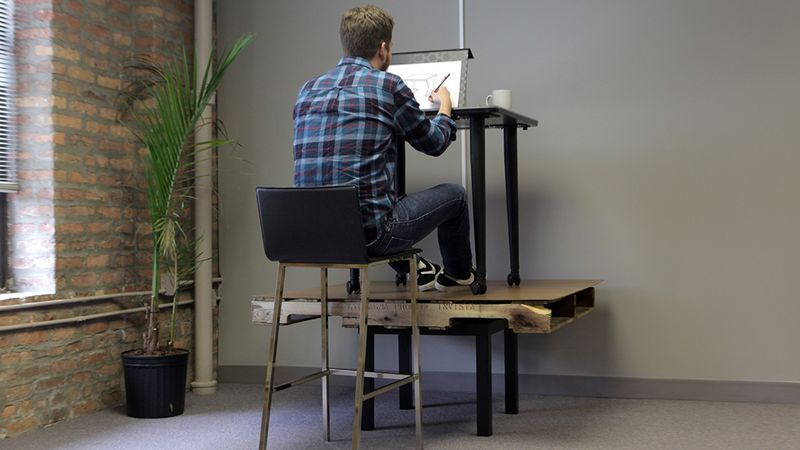 Could your desk be killing you? Well, according to the most recent medical studies, it’s not healthy to spend all day sitting stationary at your desk on top of another desk as you draw hundreds of desks on a pad of paper.

You see, human beings evolved to be active, to spend time outdoors walking and running, and at the end of the day, people were not designed to be confined to cubicles, sitting atop a swaying tower of desks, without any exercise besides the little effort needed to move a pencil in the outline of hundreds of other desks. Our lethargic lifestyle puts us at a greater risk of debilitating afflictions like obesity, heart disease, and diabetes.

Obviously, as long as we work in an office, our desks stacked on top of each other aren’t going anywhere. Humanity’s hunter-gatherer days chasing after animals are long over, and today, white-collar workers put food on the table by drawing thousands of desks, ceaselessly toiling to fill page after page in countless sketchbooks. But I’ve recently taken some steps in my own office to minimize the harm of sitting on a desk on top of a desk balanced on another desk while drawing my desks.

….people were not designed to be confined to cubicles, sitting atop a swaying tower of desks…

First, I make sure to take a small break every few hours. At least four or five times a day, I climb down from my stack of desks and walk around on top of other desks and sing a song about desks. Sometimes I’ll even use my small breaks to build two or three new desks. Even a little bit of motion throughout the day activates my muscles and lowers my blood sugar level!

Many of my coworkers are also swapping out their piles of desks for long towers of standing desks, and enjoying benefits like stronger leg muscles, less stress on their spine, and more energy to draw desks. Not ready to commit to that big a change? Instead of using chairs, try sitting on a stack of 30 exercise balls, which force your body to exercise its core muscles and improve your posture.

People are finally aware of the dangers of their heaping mound of desks. But the good news is that, with a few smart choices, you can draw an endless parade of desks without it costing you your health.