Humiliating: This Adult Man Is Following Behind An Employee Who Has To Unlock His Video Game For Him With A Little Key 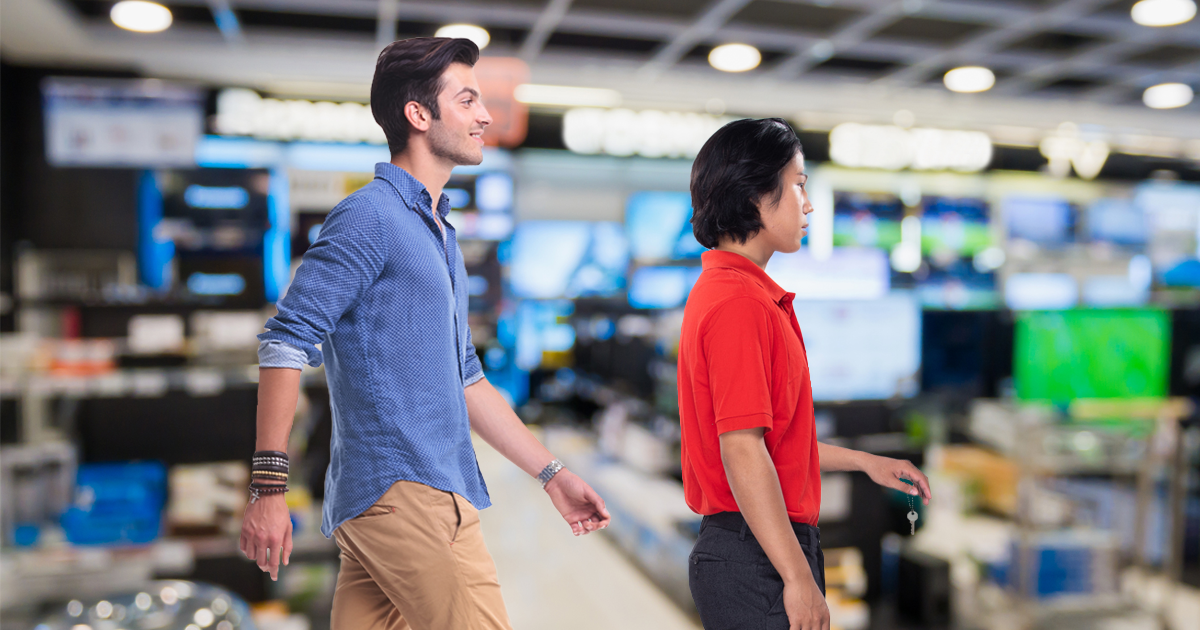 Get ready to feel uncomfortable, because a deeply humiliating scene is currently unfolding at a Target in Bay Ridge, NY: This adult man is following behind an employee who has to unlock his video game for him with a little key.

God, just brutal. Games are already expensive enough as it is without the added cost of your dignity.

Forty-three-year-old Michael Scannel, a middle-aged financial advisor with a mortgage and many adult responsibilities, is currently trailing a teenage Target employee to a locked glass case containing copies of Mass Effect Legendary Edition so that he, a respected business professional, can pay $60 for a game that will let him make-believe he is a space commander having intergalactic battles with cartoon aliens. While Michael was hoping he could just quickly grab the game and go, unfortunately that was not in the cards for him, as the first employee he approached for help did not have the key to the video game case, requiring them to loudly buzz a coworker on a walkie talkie for additional assistance, creating a small—yet hugely embarrassing—scene in which a second employee was forced to stop what they were doing and go out of their way to accompany a man 20 years his senior to the video games section, where the only other customers were a mother and her six-year-old son, with the mother looking to buy an Animal Crossing game for her child, as she, being a grown-up, was of course not seeking such childish entertainment for herself.

Oof. Talk about a walk of shame. And unfortunately for Michael, it looks like the nightmare is just beginning.

After sheepishly following the employee halfway across the store, passing about a dozen other grownup shoppers buying more age-appropriate products along the way, Michael and the helper have finally arrived at the video game case, where Michael must now wait awkwardly next to a giant cardboard cutout of Yoshi and stare at his own balding reflection in the case’s polished glass while the Target employee tries to find the correct key on his lanyard and makes smalltalk about how he used to love the Mass Effect games back in middle school but has since moved on from them, making Michael simultaneously feel very old and very dumb, and rightly so.

For a grown-ass man, there aren’t many things more humiliating than having to walk in lockstep behind a Target employee like a helpless duckling so you can get a video game. But sadly for Michael, it’s likely that things will only get worse for him once he gets home and turns on the game, as he’ll almost certainly be subjected to endless taunting and ass-kickings from the middle school-aged children he encounters in the game’s online multiplayer mode, who will mercilessly roast him again and again and again until he eventually just throws in the towel and moves on to more grownup pursuits. Hang in there, Michael. We feel for you.