Hypocritical On Spending? It Costs $18 Million A Month For The Secret Service To Protect Donald Trump From Accidentally Killing Himself In The Bathroom 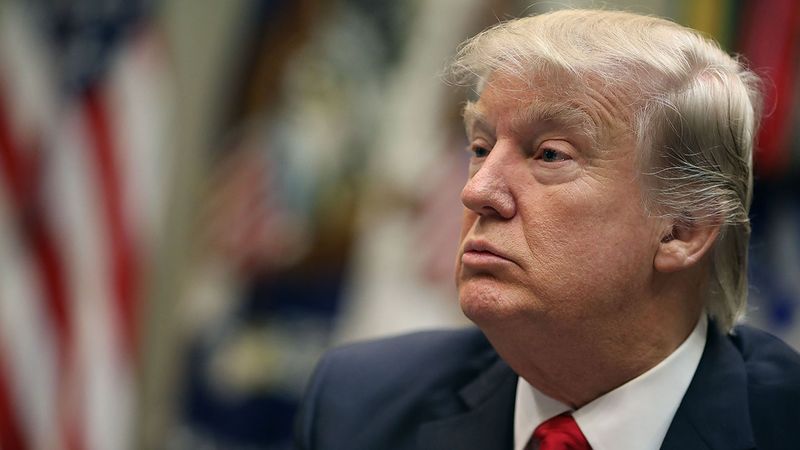 While Donald Trump was never shy about criticizing Barack Obama for wasteful spending during his presidency, it looks like the new commander in chief is now saddling taxpayers with even more extravagant bills than his predecessor. According to newly uncovered Homeland Security budget documents, it costs $18 million a month for the Secret Service to protect Trump from accidentally killing himself in the bathroom.

Yep. That is one hefty price tag.

Since moving into the White House, the president’s bathroom habits have created a host of new security challenges for his Secret Service detail. On multiple occasions, Trump has almost accidentally hanged himself after getting his neck caught inside the toilet seat, and he’s twice had to get his stomach pumped after mistaking decorative potpourri for snacks. Unable to figure out the bathtub drain, Trump will often try to evaporate his bathwater with an armful of hairdryers, requiring two agents to stand guard at all times to prevent him from electrocuting himself.

Donald Trump’s campaign promise to cut government spending seems to be a distant memory now that he is racking up these massive bathroom security costs.

Already, millions of dollars in security infrastructure have been installed in the White House master bathroom to ensure the president’s safety. The marble floors have had to be replaced with expensive custom stick mats after multiple scares involving Trump running too fast in sweaty dress socks and slipping violently into the bathroom counter. The monogrammed White House towels, the rigid corners of which repeatedly managed to slice open Trump’s delicate skin, have now been replaced with specially engineered, silk-based rounded towels at an eye-popping cost of $10,000 a piece.

The glass shower door in the bathroom proved to be a liability after the president mistakenly smashed his head through it on the evening of his inauguration, requiring the installation of a safer, more visible shower rod and curtain. However, Trump’s propensity for getting perilously tangled in the curtain to the point of restricting blood flow has forced the Secret Service to abandon the curtain as well, and now agents employ a costly hydraulic platform to safely move him in and out of the shower. Furthermore, the bathroom’s toilet bowl and sink basins have all been safeguarded with high-tensile-strength industrial webbing to restrict the president from toppling face-forward and accidentally drowning himself.

“As expensive as these modifications are, the most staggering costs are in training and maintaining the security task force so that they can be ready at a moment’s notice, 24 hours a day, to monitor the president in the restroom and assist him in safely executing his hygiene tasks without incident,” said a high-ranking Secret Service official on the condition of anonymity. “Without a team of elite security experts on hand to secure the president’s oral cavity with a protective mesh screen, there’d be an alarmingly high chance of him fatally choking on his toothbrush or even severing his uvula with a comb. Quite plainly, this is a matter of national security.”

In a move that should further incense the American taxpayer, the same exorbitant modifications made to his White House bathroom have also had to be implemented in bathrooms at his Mar-a-Lago estate in Florida, his residence in Trump Tower, and on Air Force One—the latter of which has been outfitted with a military-grade harness to prevent the president from dislodging the toilet module and getting vacuum-sucked out of the aircraft. Additionally, when traveling to and from engagements, a 10-vehicle lavatory-operations envoy must tag along with the motorcade to ensure that the president is not at risk should he need to make a restroom pit stop mid-route.

With a total bill of $216 million a year, the cost of keeping Trump from accidentally killing himself in the bathroom amounts to over two-thirds of the annual budget for the National Endowment for the Arts—a program from which Trump’s administration has pledged to eliminate funding entirely in coming years. For a billionaire who has never shied from bashing wasteful spending in politics, you’d think perhaps he’d be more careful about flushing so much money down the drain.