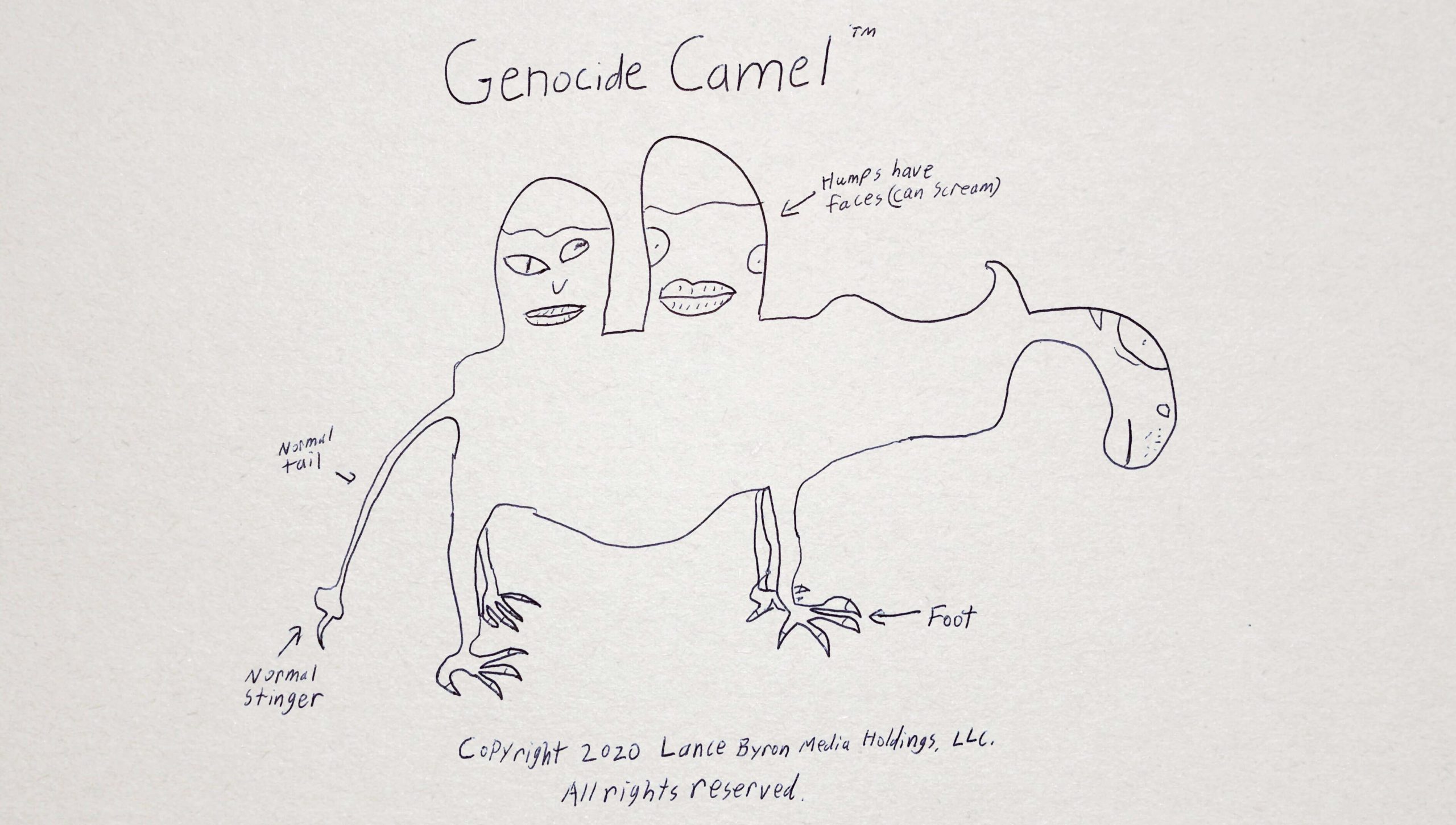 My name is Lance Byron and I’m an advertising executive. I’m the CEO of my own advertising firm called Bitch Horizons, Inc. I have recently come up with a really good idea for an advertisement. It is a cute animal mascot named Genocide Camel, and if any corporation would like to use it as the face of their company, they are welcome to buy the rights from me.

If you run a Fortune 500 company and you are interested in making Genocide Camel your mascot, please contact me immediately.

The character of Genocide Camel is very simple. Basically there are 10 things you need to know about him:

He is a camel

He is a friend to all children

Even though he is a camel, he is biologically capable of producing offspring with donkeys, humans, and spiders

I call these facts “The 10 Commandments Of Genocide Camel,” and any company that uses Genocide Camel as their mascot is not allowed to change them in any way.

I believe that this commercial would cause worldwide sales of Nike to triple in 24 hours. My employees at Bitch Horizons, Inc., have run the numbers, and they are correct. I have similar commercials written to meet the needs of hundreds of publicly traded corporations.

If your company already has a mascot, that’s no problem. Just make a commercial where Genocide Camel kills your current mascot. Genocide Camel is good at murder and it would be no problem for him to kill anything.

I have many other ideas about Genocide Camel, but I cannot tell them to you right now because I need to go to the hospital. If you own a billion-dollar company like Google, Amazon, or BallBagg.com, please contact me by email and we can start talking about making Genocide Camel the face of your business. It has never been easier to make Genocide Camel part of your life. I’m looking forward to hearing from you.

Genocide Camel is real and I keep him chained up underground.