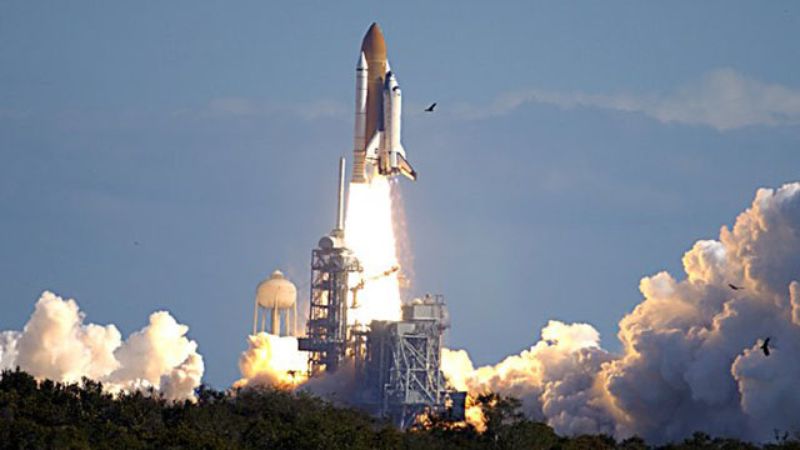 We all make mistakes, but part of growing up is learning to take responsibility for them. It hasn’t been easy, but after years of staying quiet, I’m finally ready to own up to a mistake I made when I was younger. Twelve years ago, I caused the Columbia Space Shuttle disaster when I accidentally shot it with my bow and arrow. And I’m deeply sorry.

I was just a kid then. My parents had recently purchased me a new bow and arrow for my birthday, and I had been practicing in my backyard for about 20 minutes when a gleam caught my attention out of the corner of my eye. As a child, you sometimes react without thinking twice. Before I could even realize what was happening, my fingers let loose an arrow and sent it on its fateful trajectory.

I watched powerlessly as my shot flew over my fence and past my neighbor’s roof, tracing its way through the sky as it soared toward a silhouette in the distance. In my childish state, I was thrilled at the thought of my arrow hitting this foreign and indistinguishable target in the sky. My thrill quickly turned to horror when I heard a deafening explosion and saw a rain of fire and debris unlike anything I’d ever seen before.

It was a very good shot.

I didn’t want to be branded the kid in class who took down a space shuttle with a bow and arrow.

From that moment forward, I swore I would never tell anyone what happened in my backyard that day. I feigned ignorance when my dad called me in to watch CNN replay the footage that was already burned into my mind. My teachers wanted to discuss it in class, and every time it came up, a voice in my head kept urging me: Tell them. But I couldn’t.

I rationalized it in my head, finding a million reasons to keep quiet about the whole thing. But deep down, I knew I was being selfish. I didn’t want to be branded the kid in class who took down a space shuttle with a bow and arrow.

I’m older now, and I’ve learned that it’s important to take responsibility for your actions. I know now that no matter how severe of a mistake you make, it’s important to face the consequences and learn from those mistakes. I’ve also come to understand that even though archery is a really fun sport, safety is a vital component. Now, I make a point of verifying every target before I even notch an arrow. I can now guarantee that, no matter what, I’ll never destroy another spacecraft.

I’m sorry it took me this long to confess my role in the Columbia explosion, but I’m willing to do whatever it takes to make this right. I’ll donate money if it helps. Most of all, I’m going to continue sharing my story, in the hopes that it makes everyone a little bit safer. Twelve years ago, I made a terrible mistake in my backyard. It’s my responsibility now to make sure something like that never happens again.