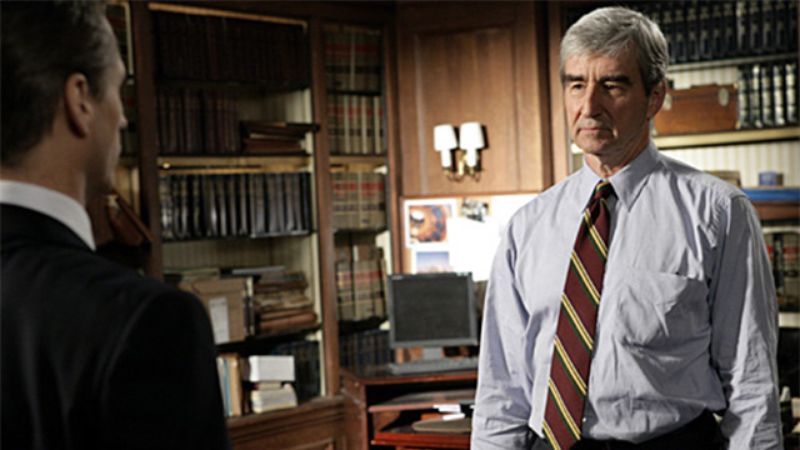 Look, I know you’re upset, and I don’t blame you. What I said was incredibly insensitive, and I wish I could take it back. But I can’t. All I can say is I’m sorry. I never meant to compare your personal tragedy to something that happened on Law & Order.

I wish I could go back in time to when you told me in confidence about how your father was murdered by men who were trying to extort him and refrain from instinctively saying, “Wow, kind of like that one Law & Order.” That was rude and thoughtless. It’s just that there’s this episode of Law & Order where almost exactly the same thing happened with the extortion and everything—

It makes me sick to think that you trusted me enough to tell me about this terrible event in your life, and instead of being respectful, I immediately seized upon how your father’s murderers disposed of his body by throwing it in a river, just like the guys on the Law & Order episode I was talking about. In fact, that’s how they ended up getting caught on the show, because the mud on their boots matched the soil from the banks of the river where the police found the body. I guess that’s where your story is less like that episode, since your father’s killers are still at large, but you have to admit, it’s quite the coincidence.

I guess that’s where your story is less like that episode, since your father’s killers are still at large…

I know it was wrongheaded of me to suggest that you should definitely watch the episode in order to see what I was talking about. That was inconsiderate. Drawing attention to the vague resemblance your father had to the actor who played the murdered guy on the show, but like if your father had been skinnier and maybe more Italian-looking, was similarly ill-advised.

Of course, I now understand that even floating the idea that you might find clues to solving your father’s murder by watching the episode was both tactless and probably not a realistic strategy for finding your father’s killer. I apologize.

Your father’s death was a tragedy, and flippantly comparing it to something that happened on Law & Order, no matter how much it totally reminds me of it, is wrong, and I’m ashamed of myself for doing it.

Seriously though, it’s crazy how similar that Law & Order episode is to the thing with your dad. Check it out sometime.