I May Be Old Enough To Remember Segregation, But I’m Also Small Enough To Hide Beneath A Toadstool 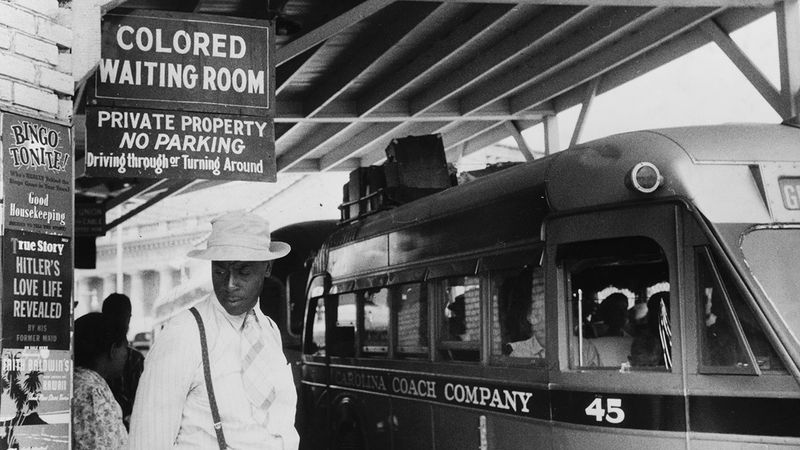 It’s been more than 50 years since Lyndon Johnson signed the landmark Civil Rights Act of 1964, but for some Americans, “segregation” isn’t just a word in a history textbook. Take me, for example. Even though I’m old enough to remember a time when the law strictly separated black Americans from white, I’m also a teeny-tiny man who sleeps in a matchbox with lint for my pillow.

In the decades I’ve been alive, I’ve seen “WHITES ONLY” signs go up in restaurant windows, Dr. King march on Washington, and a black man be elected to the highest office in the land. But in that same span, I’ve gotten stuck in a spiderweb, wrestled a field mouse for a breadcrumb, and woven myself a fine fancy cloak from a single blade of switchgrass. What a momentous century for this nation, and one we’d do well to remember, especially in today’s “post-racial” society.

It might be hard for young Americans today to believe the kind of hateful, racist rhetoric that used to pass for common American values. But take it from someone who lived through it: It’s a lot harder to watch a young black man being turned away from a lunch counter when you’re powerless to do a thing about it because you’re slip-sliding down that same greasy counter trying to dodge a scalding drop that’s plopped up out of a hot coffee pot. That was the sad truth of it, though.

…I’m also a teeny-tiny man who sleeps in a matchbox with lint for my pillow.

Even so, there were moments in those dark times that stirred the soul. In 1963, I traveled day and night, steering a hummingbird with a gossamer harness, to stand alongside hundreds of thousands of my fellow Americans and see Martin Luther King Jr. speak on the Washington mall. And I will remember till I’m buried in my pistachio-shell casket how the reverberations of that great man’s dream literally knocked me off my feet, and the hours I spent rolling this way and that to avoid the 400,000 pairs of marching feet driven by a righteousness of purpose we may not soon see again.

Also, I sailed on a cherry blossom petal across the reflecting pool.

Did I myself play a role in perpetuating an unjust system of racialized oppression? No. I was too busy gathering dewdrops in acorn caps for my baths and restringing my twig-and-nutshell fiddle with stray eyelashes to have had anything to do with that stormy era of this nation’s stormier history. But I witnessed it all the same, right there on my big-screen TV, which is a regular TV that, compared to itsy-bitsy me, is absolutely enormous.

Looking ahead, who knows what the 21st century might hold for the question of race in America? Even as a rash of police violence highlights the entrenched divisions within our society, I’m optimistic that this generation of young activists may start to turn the tide. But then again, I wear bluebell buds for slippers.