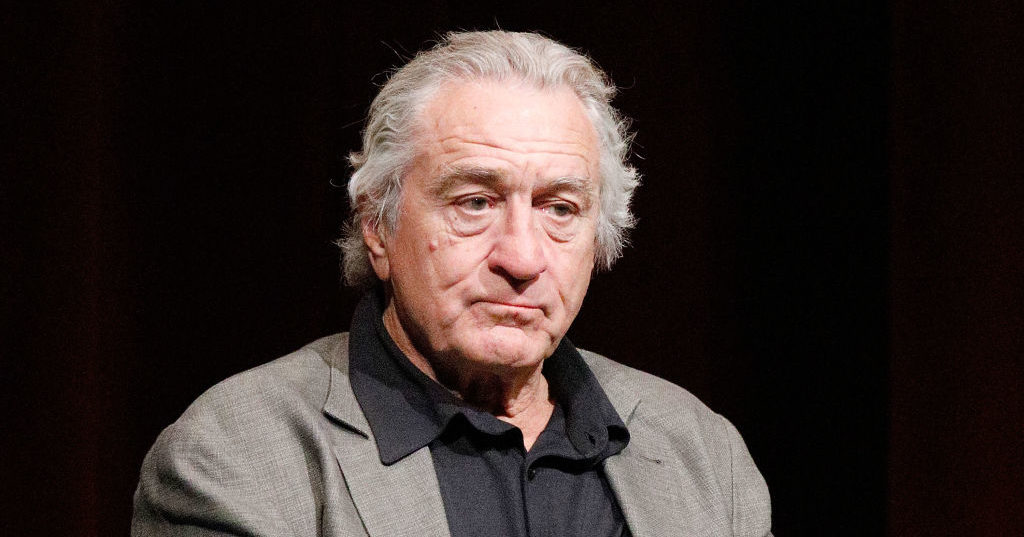 Hi there. I’m Robert De Niro, beloved actor from many popular films including Taxi Driver and Raging Bull. Here’s something interesting: I once ripped open my belly and found gears inside of me instead of organs.

Just thought I’d hop on ClickHole.com and share this information with you all.

So basically here’s what happened: It was 1994 and I was on the set of Casino. We had some downtime between scenes and I was getting kind of bored. So to pass the time I decided to rip my stomach open. I said, “Here I go!” (even though I was by myself and there was nobody who could hear me say it) and then I stuck my fingers into my abdomen and clawed it right open, simple as that. To my surprise, when I looked inside the hole in my stomach, there were all kinds of bronze rotating gears and pistons inside of me, like an 18th-century clock or a steam-powered train.

When I saw the gears, the first thing I did was pick up a telephone and call Martin Scorsese, who was standing 11 feet away from me on the set. I said, “Martin, this is Robert De Niro. I just ripped myself open and I think I’m a machine,” and Scorsese said to me, “Well, Bob, at least you’re not some kind of man-eating skunk the size of a minivan,” and then he hung up.

I stuck my arm inside my stomach and held one of the gears in place with my hand, and blood shot out of my nose like a firehose.

At a loss for what to do next, I decided I might as well go to sleep. I woke up to the sound of my best friend Al Pacino breaking down the door to my trailer. I guess word had gotten out that my stomach was filled with gears instead of organs and Pacino wanted to use the churning gears to crack the shells of some walnuts he had brought with him. I figured I had nothing to lose, so I sat in a chair while Pacino took some walnuts out of his pockets and stuck them in between the gears in my body one at a time so that the turning of the gears would crack the walnuts open. I asked if I could have some of the walnuts, and Pacino said no. He ate a few right in front of me and threw the rest in the garbage.

I said to Pacino, “Al, listen, these pistons pumping in my guts and powering my body have left me all confused. Am I a man, or am I a mechanical automaton?” Al Pacino said, “Just count yourself lucky that you’re not some kind of special gorilla that wears a bikini, because poachers would definitely be trying to kill you so that they could strip your bikini off your carcass and sell it on the black market to some sexy beach babe.” And then Pacino left my trailer.

I spent a little time looking at myself in the mirror watching the gears inside of me spin, trying to comprehend all the arcane machinery. Many questions about the nature of my existence ran through my mind. Had the byzantine architecture of my intricate internal gadgetry been knowingly assembled according to the premeditated designs of some esoteric blueprint drawn up by an unseen and unknowable tinkerer in some oblivion-darkened corridor of history now lost to time? Or were the baroque correspondences and tortuously synchronized meshwork of the wheels within wheels spinning in such seeming order merely some miraculous accident of nature—simple chaos prettied up in a beguiling disguise of complex functionality, masquerading as the considered design of some conniving author?  Needless to say, it was a very confusing day to be Robert De Niro.

A knock at my trailer door shook me from my existential pondering. It was my good friend Joe Pesci and a man I’d never met before named Steven Spielberg. He said he had directed a movie about a shark. I think it was called Mouth. Anyway, Pesci and this Spiegler guy had each brought their own big bags of walnuts and they spent the next few hours sticking them into my gears one at a time to crack them open. When they were done, I asked them if I could have some of the walnuts, and they said I couldn’t because I wasn’t hungry. Then they left.

There’s not too much to tell after that. I went to my barber and he closed up my stomach with some Barber’s Glue. That’s the kind of special treatment you get when you’re a movie star like me. After that, I went back to work and finished filming Casino. I don’t think the film won any awards, but I once met a guy at a party who told me that he had seen the first 20 minutes of it, and that made me feel good. I guess I’m just the kind of guy who has gears instead of organs. I don’t know how I got that way. Thank you for listening to me, and thank you to ClickHole.com for giving me a platform to share my experience.