‘I Put A Crouton In My Anus And Let A Chameleon Snatch It From My Anus With Its Projectile Tongue And I Found It Quite Thrilling’: Benedict Cumberbatch Just Announced That He Did That And That He Understands If No One Wants To Work With Him Anymore But It Doesn’t Bother Him Because He’s Found Something That Makes Him Happy 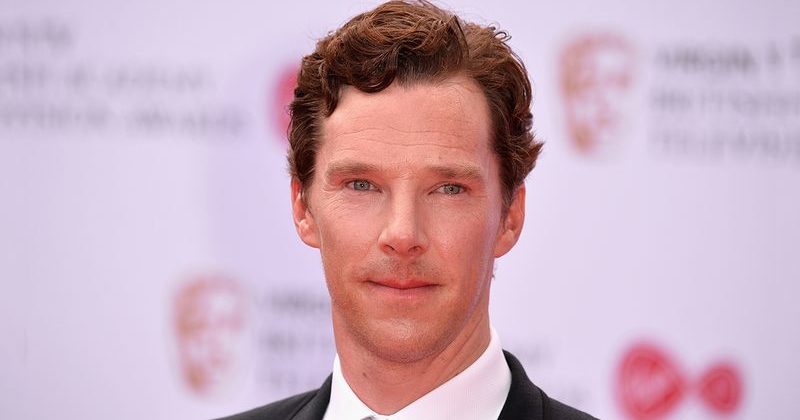 Learning to love yourself for who you are is one of the most liberating things you can do, and one of Hollywood’s biggest stars just opened up about his journey to self-acceptance in a truly inspiring way: Benedict Cumberbatch has announced that he put a crouton in his anus and let a chameleon snatch it (from his anus) with its projectile tongue, and that he found it quite thrilling, and that he understands if no one wants to work with him anymore but it doesn’t bother him because he’s found something that makes him happy.

Looks like Benedict has found his thing! Good for him!

The Sherlock star announced the news at a press conference earlier this morning, explaining to a small crowd of reporters how he ordered a chameleon online from Africa and when it arrived in the mail he felt the instinct to remove his pants and insert a garlic crouton halfway into his anus and turn his exposed anus towards the chameleon he ordered online, so he did that, and then when he did that the chameleon’s tongue launched out of its mouth and snatched the crouton from his anus, and when that happened Cumberbatch felt a wonderful tickling sensation go through his body that made him feel truly, deeply happy, so much so that he doesn’t even care if his behavior gets him blacklisted in Hollywood, as that would just give him more time do do what he loves most, which, it turns out, is inserting a crouton into his anus and letting a chameleon use its tongue to yank the crouton free.

“I did do that, and I’m not afraid about what it means for me professionally because it brings me a joy none of you will ever understand and I’m going to keep doing it for the rest of my life whether I am starring in major motion pictures or not, so go ahead and give my role as Dr. Strange to someone else if you want, because it won’t bother me as long as I have a bag of croutons and a chameleon capable of grabbing the croutons from my anus on hand at all times,” Cumberbatch proudly declared. “If you’ve ever been on a roller coaster or taken ecstasy or experienced runner’s high, those experiences are in the same ballpark of how I feel when the chameleon’s tongue plucks away the crouton that I tucked inside my bare anus, and to be clear, immediately after this press conference I am going to go home and do this over and over until I run out of croutons, and if the chameleon gets too full to continue, then I will order more chameleons from Africa so I never have to stop doing this thing that brings me more happiness than any person or activity I have ever known.”

Own it, Benedict! Don’t let anyone shame you for being yourself!

While it’s still yet to be seen whether Cumberbatch’s courageous announcement will result in any personal or professional consequences, here’s hoping people are open-minded enough to respect his freedom to live his life however he pleases, even if it doesn’t necessarily align with traditional societal norms. If it makes him feel fulfilled and he’s not harming anyone, then more power to him. You do you, Benedict!