I Watch Football In Case A Hawk Ever Steals The Ball, Not To See Politics 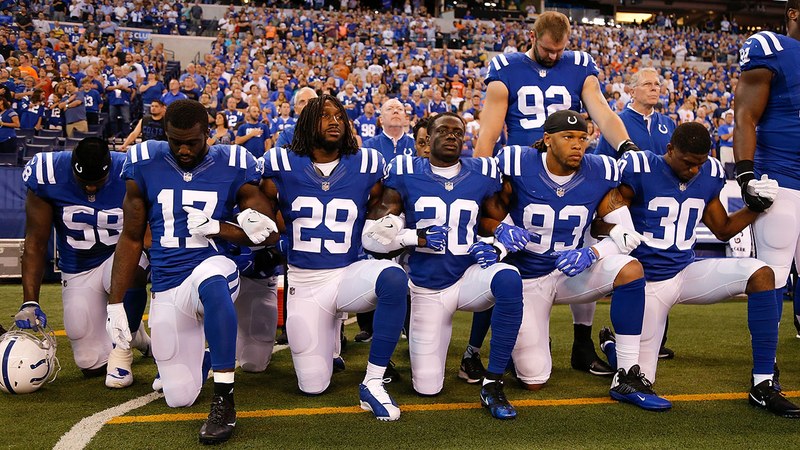 Yesterday, more than 100 NFL players chose to take a knee during the national anthem in response to President Donald Trump’s remarks about athletes disrespecting the flag. Now, I believe that the First Amendment gives all Americans the right to protest, but I also believe that people should be thoughtful in how and where they choose to make their voices heard. I think NFL players should leave their political views on the sidelines, because I don’t watch football to see politics—I watch it in hopes of seeing a hawk steal the ball.

In a nation that’s become more and more fiercely divided in recent years, I’ve come to rely on sports as a respite from all the hostility. Particularly when I’m watching football, I know that I’ve got a good few hours every Sunday when I can tune out all the ugliness of the world and dedicate all my focus to scrutinizing NFL broadcasts for signs of a hawk or another large bird of prey patrolling the gameplay from the sky, waiting for the perfect opportunity to swoop in and steal the ball, perhaps mistaking it for one of its eggs.

Sadly, this is a fantasy that’s now nearly impossible to get lost in. With so many different players protesting on the field, every single down of play suddenly now feels politically charged, and I’m too distracted by it all to even bother with pausing my DVR on aerial shots to look for avian life lurking vigilantly among the stadium lights. The simple joys of watching NFL football, like seeing a perfect spiral rocket through the crisp autumn air and wishing for a red-tailed hawk to seize it mid-flight with its powerful talons, are now tainted by the same political tension and anxiety that seem to plague every other facet of life these days.

And I doubt that the hundred-plus players who protested this week were thinking about guys like me who, after a long week of working hard, thankless jobs, want nothing more than to unwind with some cold beers and the tantalizing prospect of a Hail Mary being snapped up by a majestic hawk at the last second, or at the very least seeing a hawk get totally beaned by a laser from Cam Newton or Aaron Rodgers. It’s hard to sympathize with these players’ struggles if they’re unwilling to sympathize with mine.

These NFL players have enough fame and enough of a platform to spread their messages in forums other than the football field, and if they want to truly make their voices heard by the American people, then they should leave game day out of it. Because game day is about crossing your fingers that a large bird swoops in and grabs the ball clean out of the ref’s hands, not about protesting systemic racism in America. And it shouldn’t take the superior vision of a hawk to see that.