I Wish The Avatars Were Yellow (By James Cameron) 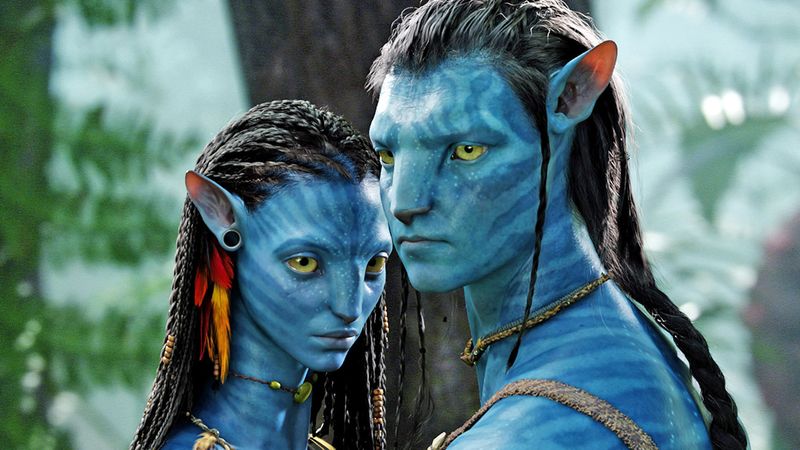 In 2009, I made the blockbuster science-fiction film Avatar. The film was extremely popular and went on to become the highest grossing movie of all time. That’s all well and good, but I can never take any joy in Avatar because, to me, the film suffers from a glaring and unforgivable flaw: The Avatars are not yellow.

I wish the Avatars were yellow.

For those of you who aren’t familiar with Avatar, here’s the basic plot as I understand it: A group of human astronauts go to the jungle in space where they meet the Avatars, a species of blue creatures who I wish were yellow instead. The rest of the movie does not matter because the Avatars are not yellow.

When Avatar first came out and the Avatars were blue, I was inconsolable. I went to watch the world premiere of the movie back in 2009, and I was so excited for everyone to see it. It was going to be one of the happiest moments of my filmmaking career. But 15 minutes into the movie, I was sobbing in my seat because the Avatars were not yellow. The Avatars were blue instead.

I’ll never forget my horror the first time I saw hundreds of Avatars—not one of them yellow the way I wanted—looming over me on that massive IMAX screen, their lack of yellow skin revealed to me with nauseating, immersive clarity thanks to the innovative 3D camera techniques I had pioneered while making the film.

I would do anything to make the Avatars yellow.

I spent the rest of the movie weeping. After the movie, people told me they could not hear any of the dialogue because the sound of my continuous sobbing drowned out the film. All I could say on that terrible day was, “Well, the Avatars weren’t yellow, so all you missed was bullshit.”

The fact that the Avatars are not yellow is the greatest misery of my life. None of my other accomplishments as a filmmaker mean anything to me anymore. When I watch Titanic, I cheer when everyone dies in the ocean because at least they don’t have to live in a world where the Avatars aren’t the color of a lemon.

If the Avatars were yellow, I would smile every day. I would watch Avatar, and instead of the Avatars saying rancid nonsense like, “Our great mother does not take sides, Jake. She protects the balance of life,” the Avatars would say things like, “When I think about how yellow I am, it makes my alien hair get ready for sex.” But sadly, this wonderful dream can never become real. The Avatars will be the disgusting color of the beautiful ocean forever. Because of this, Avatar will always be the worst movie I’ve ever made. What a waste.

I would do anything to make the Avatars yellow. There is nobody I wouldn’t kill. I would commit any atrocity, no matter how depraved, if I thought it would make the Avatars the color of a school bus. But no matter how hard I wish for it, the Avatars are constantly blue all the time. There’s never any relief from my despair. I spend my nights lying awake, tortured by how Big Avatar and Girl Avatar and all the rest of those space monsters aren’t yellow. Every second of my life is another second of unremitting anguish.

I hate the Avatars. I hate movies. I’m glad I made Jack die in Titanic.