I Would Like To Be In Another Movie Where I Get To Say ‘I Have Nipples. Could You Milk Me?’ (By Robert De Niro) 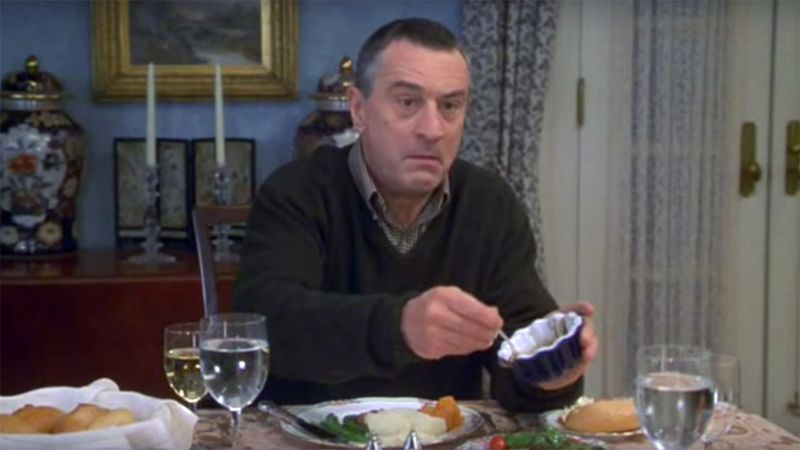 As I look back on my career, I’m realizing how incredibly fortunate I am to have worked on so many wonderful films and taken on such a rich diversity of roles. There is one film I reserve a special fondness for: 2000’s Meet The Parents, and in particular, the scene in which my character turns to his son-in-law and says, “I have nipples, Greg. Could you milk me?” I want to be in another movie where I get to say this.

In my 51-year career, I’ve been in comedies, dramas, thrillers, biopics, you name it. Through it all, my only regret is not doing more films where I get to ask someone if they could milk my nipples. I really enjoyed when I got to say that line on camera, and I would very much like to do it again.

To my great disappointment, I did not get to say “I have nipples. Could you milk me?” in either sequel to Meet The Parents. I don’t know if a fourth film is planned, but let it be known that I’d gladly reprise my role as Jack Byrnes as long as there’s a scene where I call Greg Focker on the phone to ask if he could milk my nipples. It does not have to be that exact scenario. I could also say it to an entirely different character in a church, a zoo, or a taxi.

It doesn’t have to happen in a Meet The Parents movie, either. For example, if I were in a movie where I played a robot, I could ask my creator if it’d be possible for me to become human one day. My creator would then explain the differences between how my metal body and a real human body work. When the topic of lactation inevitably comes up, I’d point to my chrome nipples and say, “I have nipples. Could you milk me?” My creator would answer no. At this moment, I’d become the first robot capable of feeling overwhelming sadness. This is a good example of how asking someone if they could milk me could be as thought-provoking as it was the first time I said it.

I could even say “I have nipples. Could you milk me?” in a foreign-language film. “Ho i capezzoli. Mi puoi mungere?”—as you can see, I am already prepared to say this in Italian.

All I mean to prove here is that a line where I get to ask someone to milk my nipples could easily be worked into any kind of script.

The possibilities for stories where I could say this are endless. Imagine a movie set in a world where people born with nipples are considered lesser and enslaved for their milk. My character, a nippled slave hellbent on revenge, leads a rebellion. The rebels ultimately get surrounded and doomed to die at their masters’ hands. The leader of the ruling army would call for the man responsible for the uprising to step forward and be milked to death in front of their fellow slaves as an example to all considering rebellion. My character would rise, ready to sacrifice himself for his cause and his people, only to be interrupted by a fellow rebel shouting, “I have nipples! Could you milk me?” Hundreds of nippled slaves would follow, displaying one final act of pride and solidarity in the face of brutal injustice. This’d be both a big crowd-pleaser and a De Niro pleaser.

Honestly, I’d drop out of any and all projects I’m committed to if offered the chance to say “I have nipples, Mr. Bond. Could you milk me?” in a James Bond movie. Wow, I’d really like that.

Even a simple voiceover would suffice. Say it’s an animated kids movie about a cow that refuses to let the farmer milk her until she’s given as much hay as the male cattle are receiving. This is a metaphor for gender inequality I believe children can understand. The farmer, unable to sell milk due to his stubborn cow, would be desperate for a solution. Here, I’d cameo as a CGI version of myself, appearing upside down in a window next to the farmer, unbuttoning two chest flaps on my shirt to expose my nipples, and saying, “I have nipples. Could you milk me?” This would give the farmer an idea for a brilliant scheme to sell De Niro milk to people instead of cow milk. The milk would be a massive success until people discovered it came from my nipples instead of a cow’s. The farmer would then have no choice but to give all cows equal amounts of hay.

All I mean to prove here is that a line where I get to ask someone to milk my nipples could easily be worked into any kind of script. Since lactation has always been a normal human function, asking someone about milking my nipples would not be an anachronism in a period drama set in feudal Japan, or a documentary about the gold rush. It works in everything, really.

If you have ideas for another film where I could say this, please send them to [email protected]. Depending on how loudly or how many times I’d get to ask someone to milk my nipples, I’d be willing to accept a significantly lower salary than my standard rate to be in your movie. It’s also possible that I’d do it for free.

To sum things up: When I die, I’d like there to be at least two clips of me saying it in the Academy Awards’ In Memoriam reel instead of just the one from Meet The Parents. All I need to make this happen is to be in another movie where I get to say “I have nipples. Could you milk me?” I think audiences are ready for me to say the line once more, too. Personally, I can imagine no more fitting capstone to my acting career.