If A Swiffer WetJet Would Somehow Be Useful To The Resistance, I Have Seven 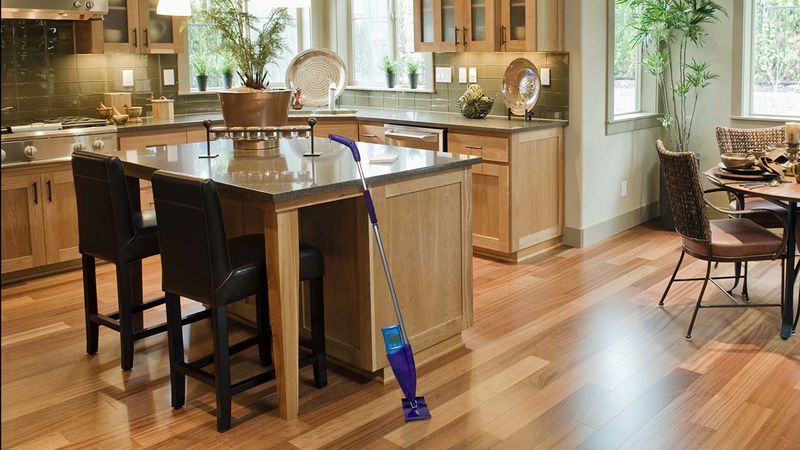 It’s no secret that we’re living in frightening, uncertain times. From incompetent cabinet appointees to a needlessly cruel immigration ban, Donald Trump and his administration have given me every reason to despair for America’s future. Against these evils, it is our duty to rise up and demand rights for ourselves and for those whose voices go unheard in Washington. The time for action is now, which is why I thought I’d make it known that I’ve got a few extra Swiffer WetJets lying around, in case those would be useful to the cause.

To me, it is still a mystery how such a thin-skinned, fearmongering xenophobe was able to attain our country’s highest office. Just as mysterious is how I ended up with nothing short of seven Swiffer WetJets, which are taking up way too much space in my already cluttered supply cabinet. I remember picking one up at the store, and I know my mother-in-law sent one to the house because it “looked neat,” but the remaining five are unaccounted for. In any case, I’d be more than willing to part with them if they would aid the resistance against Donald Trump and his policies in any measurable way.

I know public demonstrations and acts of civil disobedience can feel futile. But America’s own rich history of activism shows that protests like these do have the power to change minds and shape policy. And sure, Swiffer WetJets didn’t play a large role in any of those previous movements, but there’s no reason a Swiffer WetJet couldn’t help this one along. Who knows? Maybe they could be used to make a statement about “dirty politicians” or “cleaning up our government.” If push comes to shove, they could even just hold a non-mop-related protest sign. The handle’s pretty long and the head swivels, so someone could really give Trump and his cronies a 360-degree piece of their mind.

I’m sure if we put our minds to it, we could think of something they’d be good for.

It is every citizen’s civic duty to contribute whatever they can to fight the growing tide of terror and oppression in this country, so, as a heads-up, it’s definitely looking like I’ll be able to contribute my fair share of Swiffers, if any activists want to call dibs.

If not, I think I’m just going to toss them.