If I Had Known The Titanic Sank, Do You Really Think I Would Have Named My Goddamn Kid After It? 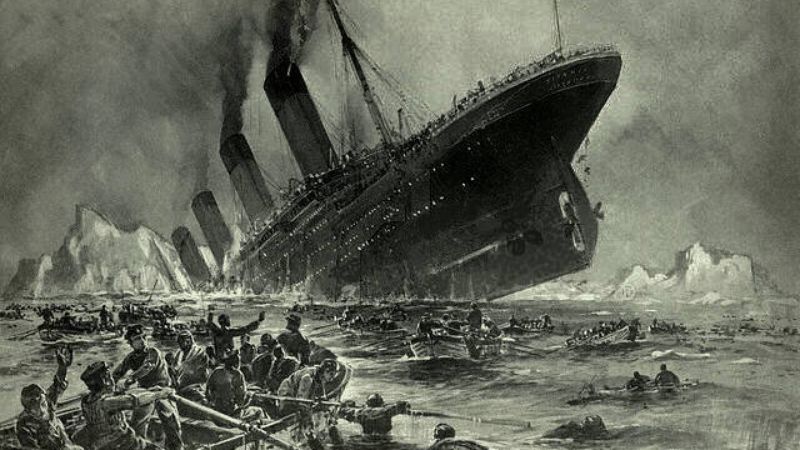 It’s difficult having your parenting decisions questioned. When my son was born, I named him Titanic, after the biggest and most indestructible ship I could think of. I hoped the name would give him feelings of strength and confidence that he could carry throughout his life. Since then, plenty of friends and family members have criticized my choice, but to these people, I ask one question: If I had any idea whatsoever that the Titanic is now lying on the bottom of the ocean, do you really think I would have named my kid after it?

Use a little logic. Why would I name my kid Titanic if I had any idea he’d be associated with a boat that sank? What kind of father would I be if I knowingly named the most important person in my life after a famously doomed ship?

The truth is, I wanted to name my son after the greatest boat ever built. You’d think someone would have said something at the doctor’s office when I filled out the birth certificate, but nope. Instead, I go through the first 12 years of his life thinking I’ve done right by my son, only to find out while watching Downton Abbey that the ship ended up hitting an iceberg and sinking, taking over 1,500 people with it!

…all of this is hardest on Ti. He doesn’t deserve any of this.

Now, everywhere we go, that’s all anyone can talk about. From the teachers in my son’s school to family members at every reunion, everyone has an opinion on the name. I can’t tell you how many times I hear things like “You know it sunk, right?” Great, now you fucking tell me. Where were you 12 years ago, genius? Where were you before this became part of my daily life?

Of course, all of this is hardest on Ti. He doesn’t deserve any of this. Telling him about the fate of the Titanic was one of the hardest things I’ve ever done. I rented the James Cameron film and told him there was something very important he needed to know. I stayed by his side as he watched it. He cheered when he first saw the massive ship. I then watched his joy change to horror as he saw his namesake break in half and collapse into the ocean. As the credits began to roll, I looked into his eyes and said, “I’m sorry. I had no idea.”

Titanic’s a great kid, and as he’s gotten older, I think he’s started to forgive me. We do everything a father and son can do together, besides anything boat-related. His name will probably be a source of adversity for him throughout his life, but ultimately, I think he has the strength to power through the challenges and succeed. He’s really turning out to be the Titanic who I hoped he would become, before I discovered that it sank.