If I Had Lived In Germany During The Rise Of Hitler, I Like To Think I Would Have Been A Trolley Driver 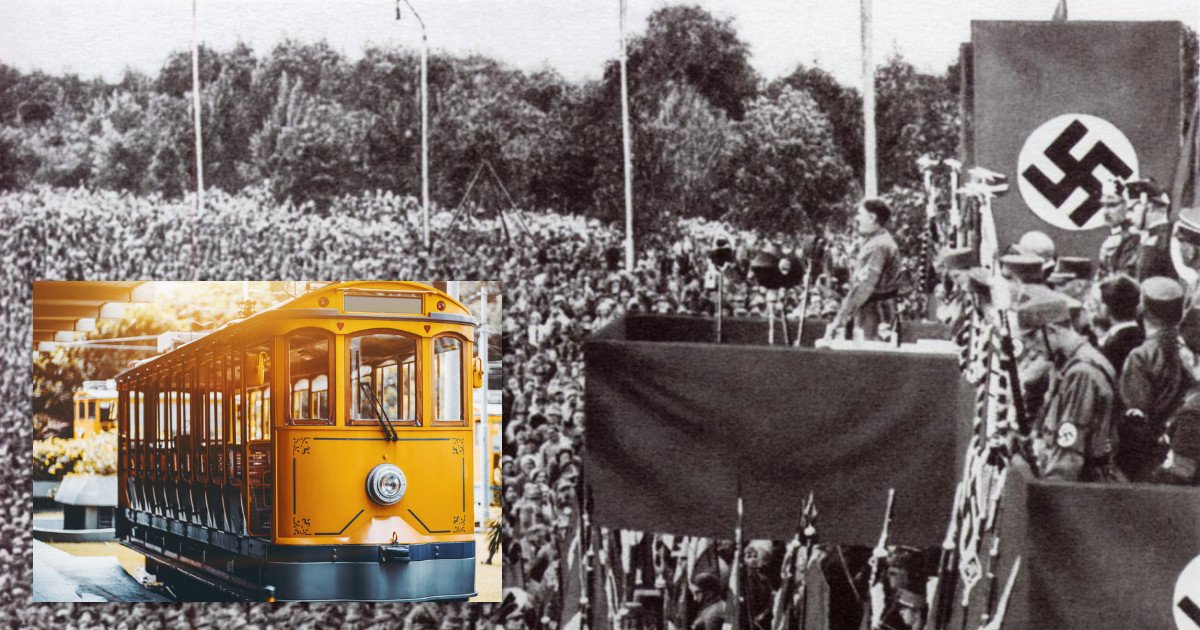 It’s common for those looking back at history to wonder how they might have acted if confronted with the same crises, and some will argue that there’s no way to know for sure what you would have done without having actually been there. Still, if I had lived in Germany during the rise of Adolf Hitler, I like to think that I would have been a trolley driver.

The 1920s and 30s saw Hitler’s ascension from fringe reactionary to all-powerful dictator, and though I have only seen it secondhand through the eyes of history books, I know deep in my bones that I would have driven a big red trolley all around town had I been there myself. From the earliest post-WWI murmurings of the Dolchstoßlegende, to the Munich Beerhall Putsch and Hitler’s ultimate appointment as chancellor, I would have been tirelessly ferrying passengers all over Berlin with a crisply pressed uniform and a great big smile on my face, always arriving right on schedule and braking so smoothly my passengers would barely even feel it. As much as it may sound like self-flattery, I’m just not the kind of person who could sit idly by while there were big, shiny trolley cars that needed driving.

At the risk of oversimplifying things, you can broadly understand Weimar Germany as having had three kinds of people: a handful who were truly evil, a handful who did all they could to resist them, and a majority who simply watched from the sidelines until it was too late—and they’d all have shouted “Danke!” to me as my trolley arrived at their destination, to which I’d give a tip of my cap with a chipper “Gerne geschehen!” back. Much of Hitler’s early strategy relied on street violence against political rivals carried out by his paramilitary Sturmabteilung, and I’d have been ready to brake at a moment’s notice in case such a brawl scared a poor, defenseless kitten in front of my trolley. Perhaps I’d even adopt it and train it to sit in my lap in a cute little miniature conductor’s hat I’d sew for it myself. Indeed, how could any decent, clear-eyed human being not?

Even as Hitler assumed the chancellorship and began dismantling the democratic structures he’d exploited to attain power, I believe I still would have been out in my trolley going “beep beep” at any passersby who excitedly motioned for me to honk my horn. I’m not so arrogant as to think that I would have been able to operate all of Germany’s trolleys alone, but perhaps if people had been able to see how much fun I was having announcing upcoming stops and helping little old German ladies up the steps, more people would have found in their hearts the capacity to become trolley drivers themselves. No matter how impossible the situation seemed, I know that had I been alive to see it, my love of large vehicles and driving around in them would have shone like a beacon even in the face of the most horrific regime the world has ever known.

It’s a mistake to think that we are somehow finished with history. There could always be another charismatic demagogue whose rise to power puts the world on a path toward annihilation, and if that day ever comes and trolleys are also the dominant mode of transportation again, you can be sure I’ll be driving them around and having an incredible time.