If They Ever Want To Put Jimmy Carter In An ‘Iron Man’ Movie, They Should Record Those Scenes Now 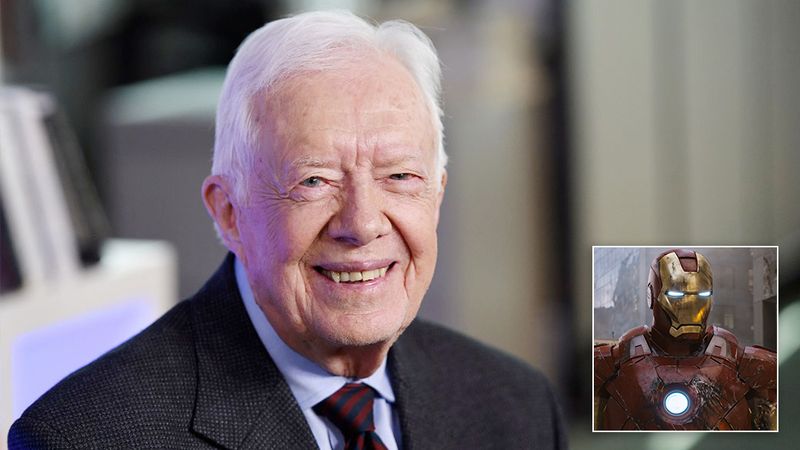 At 91 years of age, Jimmy Carter continues to remain active in his many charitable pursuits, but sadly, given his recent cancer diagnosis and advanced age, he might not be around much longer. It’s clear, then, that there’s simply no time to waste. If they ever want to put Jimmy Carter in an Iron Man movie, they should record those scenes now.

Since time is of the essence, it doesn’t matter whether filming has begun or even if a script has been fully completed. If there was ever a desire to get the 39th president in the Iron Man franchise, these scenes should be recorded sooner rather than later. Whether they need a clip of a politician praising Iron Man or a corrupt power broker determined to take down Tony Stark, it’s time to get as much footage of Jimmy Carter as possible, and it’s time to do it now.

Though it’s painful to think about, Jimmy Carter’s days left with us are likely numbered, and the amount of time they’d be able to get him in front of a camera and reciting some dialogue is probably even more scarce. Maybe they want Jimmy Carter to play a larger role in the story, perhaps as a retired police chief who still has enough resources to be a valuable ally to Tony Stark. That would certainly require even more of the ailing former president’s time, and honestly, it might already be too late for that.

…they should try to have him say both “Curse you, Iron Man” and “Thank you, Iron Man,” depending on the scenario.

Thus far, the Iron Man films have stuck to a linear, present-day approach, so it seems like some flashback moments are probably on the horizon. Even if the scenes of Jimmy Carter as the influential science teacher or mentor to a young Tony Stark don’t work until Iron Man 5, they should definitely get these shots as soon as they possibly can.

It’s anyone’s guess as to where the writers are on the next film, but quite frankly, that can’t be what holds up the process. If they don’t have a script, they can just shoot Jimmy Carter moving his mouth and then dub in some dialogue later. On that note, they should try to have him say both “Curse you, Iron Man” and “Thank you, Iron Man,” depending on the scenario. And what if they want Jimmy Carter to be the next Iron Man? They might as well get a shot of him in the Iron Man suit with the helmet closing.

Jimmy Carter has led a long and fruitful life, and while I hope we have more time with him, I also know that we have to be realistic. If his legacy is to be commemorated in even one small moment of the Iron Man franchise, “Tony, I’m here, and I’m you from the future,” then it goes without saying that it’s high time we filmed those scenes.