If Tom Hanks Ever Tried To Dance On My Piano Like He Danced On That One In The Movie ‘Big,’ I’d Kick His Ass 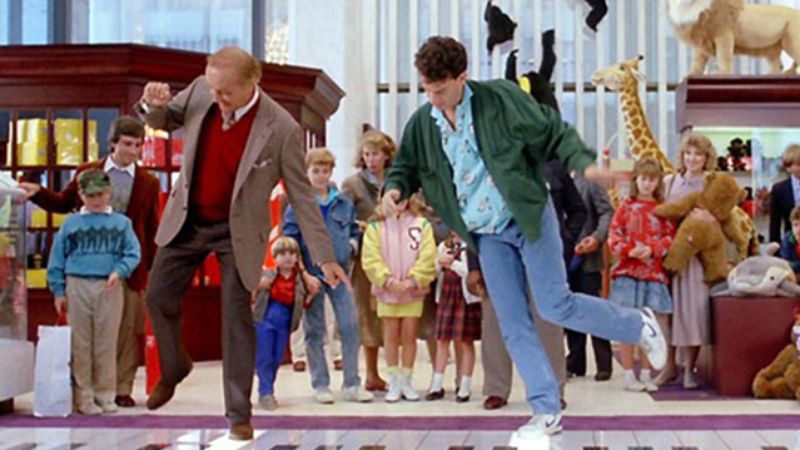 I’ve been blessed with a long and successful career as a singer-songwriter, and through it all, my piano has been right there with me every step of the way. It’s how I express myself as an artist, as a woman, and as a human. It’s everything to me. And if Tom Hanks ever tried to dance on my piano like he danced on that one in the movie Big, you better believe I’d kick his ass.

It’s not that I have an issue with the movie Big. In fact, I actually find its high-concept twist on the coming-of-age genre delightfully charming, and there’s no doubt that Hanks, under the brilliant and subtle direction of Penny Marshall, shines in his breakout role. But if, God forbid, Tom Hanks ever tried to get up on my piano and dance out the melody of “Heart And Soul” like he did on that oversized piano in the scene at the FAO Schwarz, I’d open up a can on his sorry ass so quick he wouldn’t know what hit him.

I don’t care how beloved Tom Hanks is. I’d whoop him good. Good and fast.

As a pianist, I have a special appreciation for the importance of taking good care of the instrument. It’s very delicate, and the slightest damage could alter its sound. So you can understand why I’d have to pummel Tom Hanks’ sorry old ass into the ground if he ever threatened to do harm to my piano by clomping around on the keys like he was at a dance hall or something. I’d smack his head. I’d smack his torso. I’d even smack his feet around a bit if he did that.

…at the first sign of him trying to get up on it and dance out a song with his feet, I’d pop him one right in his goddamn mouth…

I don’t know why Tom Hanks would want to dance around on my piano, but seeing as he’s already done it once in Big, it’s certainly not out of the question that he would strike again. Of course, he’d have to do it without his dance partner from the film, actor Robert Loggia, who recently passed away. But even if Tom Hanks danced on my piano without Robert Loggia, he would still be doing irreparable damage to the instrument, and I’d be forced to take his two-time–Academy-Award-winning ass out.

Of course, if Tom Hanks just wanted to play my piano, that’s a different story. I’d gladly let him play it as long as he promised to be gentle with it and not press down too hard on the pedals. But at the first sign of him trying to get up on it and dance out a song with his feet, I’d pop him one right in his goddamn mouth and knock him around so hard he’d be walking funny for weeks.

So, Tom Hanks, if you’re reading this, consider it a warning. I don’t care how much people love that scene in Big—I won’t stand for it. If you so much as dance near my piano, you’re begging for an unforgettable, once-in-a-lifetime ass-kicking, King-style.