If You Can Get Past The Fact That This Guy Is Dead, His Shirt Actually Makes A Really Good Point 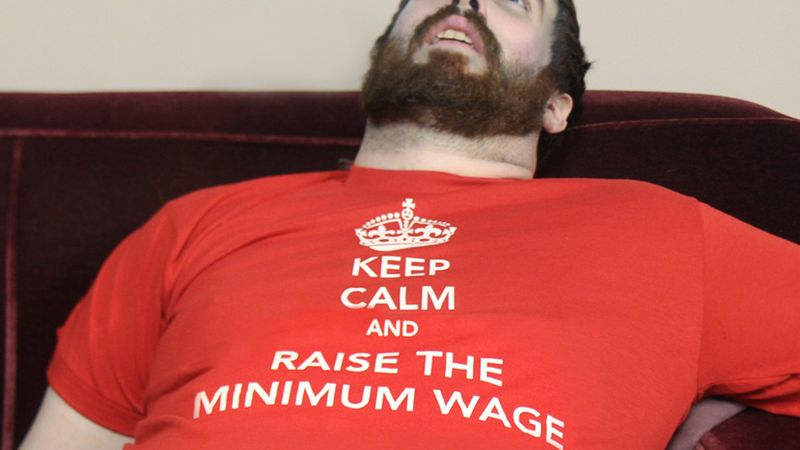 It’s not every day that a piece of clothing causes you to stop and think, but this T-shirt makes a pretty brilliant argument about why we need to raise the minimum wage.

Although the guy wearing the shirt is dead, it shouldn’t detract from the garment’s call to action. The shirt’s message is that there is absolutely no reason to fear a higher minimum wage. For too long the 1 percent has used scare tactics to keep the federal minimum wage stuck at a pathetic $7.25 an hour, warning us that any increase could cost people their jobs and hurt the economy. But the now-deceased man who put on that shirt knew that there are numerous examples of cities and states raising the minimum wage without any of the prophesied calamities happening.

California currently has a minimum wage of $9.00, and Washington has a minimum wage of $9.32. Anyone arguing that a higher minimum wage hurts the economy clearly has never heard of a few little companies like Facebook, Apple, Microsoft, and Starbucks. Or maybe they were distracted by the corpse and didn’t read the shirt. Sure, we’d all like to know who that man was and what killed him, but ultimately that isn’t relevant to the growing problem of income inequality.

It’s time for America to wake up, ignore this dead man for everything other than his shirt, and make the minimum wage a living wage!