Improving Airport Efficiency: LAX Just Announced That It’ll Be Hiring 500 New Workers To Yell At You In The Pickup Lane 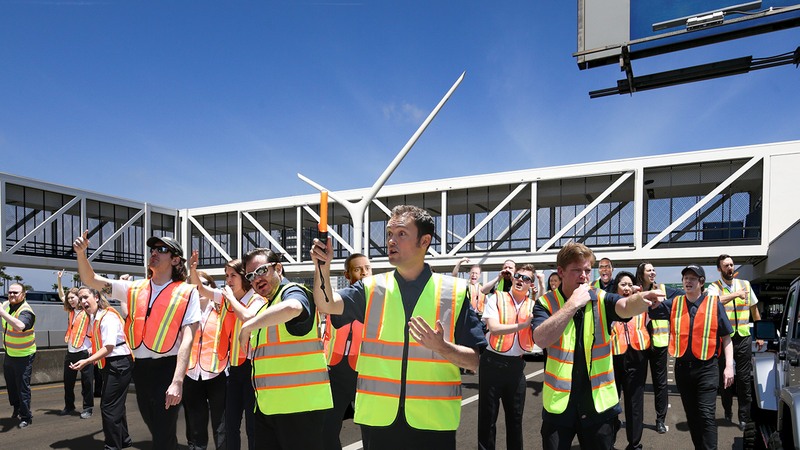 With the nightmare that is getting to and from the airport, it should come as no surprise that air travel satisfaction is lower than ever. But travelers will be happy to know that one airport is finally stepping up to the plate in a big way: Los Angeles International Airport just announced that it’ll be hiring 500 new workers to yell at people in the pickup lane.

Finally, an airport that knows what it’s doing!

In a move that should definitely take the headache out of navigating the pickup lane, a small army of workers will soon be on hand to helpfully shout at drivers to keep moving or wave them in a random direction for an unknown reason. Anyone who’s driven to the airport knows how difficult it can be to figure out which pickup lane you need to be in, but soon when you drive to LAX, you will have no shortage of uniformed employees getting mad at you for being in the lane someone else just told you to use. Once this initiative is fully implemented later this year, a typical pickup zone will have no fewer than 25 workers haranguing each driver whose friends and loved ones are still making their way to the car.

“We want people coming to pick someone up at LAX to know that they can always count on an unending parade of workers yelling different directions at them all the time,” said Barbara Yamamoto, chief experience officer for Los Angeles World Airports. “It doesn’t matter if you decide to listen to the attendant who told you to keep making loops or the attendant who seems intent on sending you to the cab stand, you should never feel like you’re on your own at LAX, nor should you ever be getting fewer than six distinct, contradictory directives from whistle-blowing traffic attendants who seem to be at the end of their ropes and might snap at any second and go totally apeshit on you.”