In Cosmic Terms, The Age Difference Between A 63-Year-Old Man And A 19-Year-Old Woman Is But A Mere Nanosecond (By Neil deGrasse Tyson) 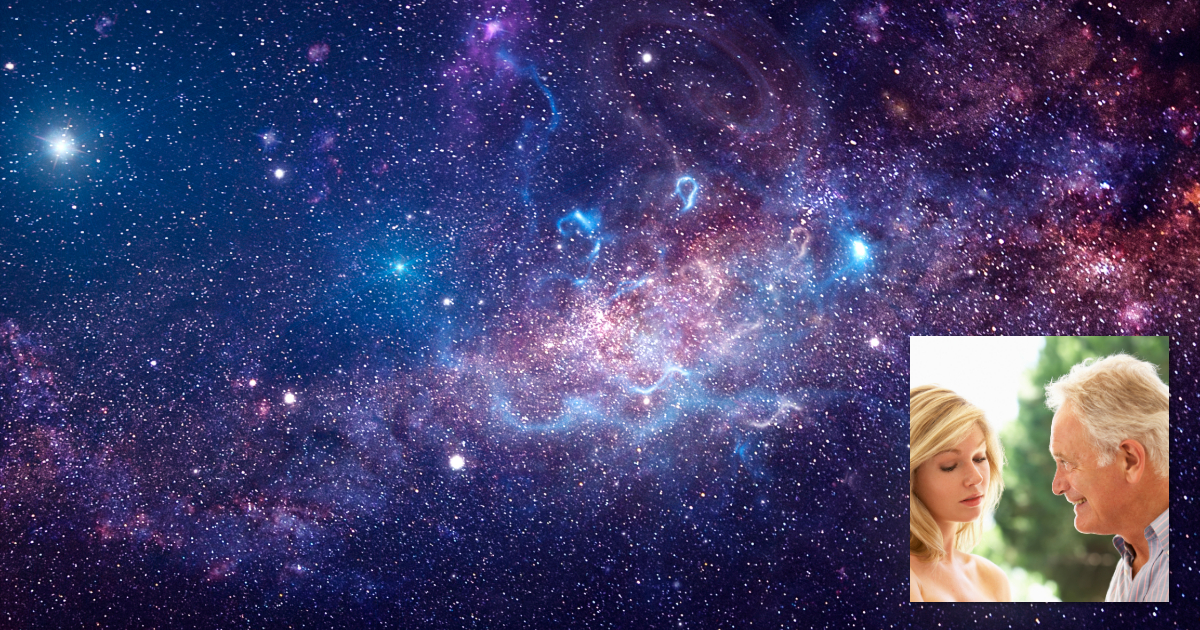 Time is a natural force whose influence is very much subjective. For an insect, a day might be an entire lifetime. For the sun, which is an estimated 4.603 billion years old, the whole of humanity’s existence itself is nothing more than a blip. For the ancient sands on the beach, time has no meaning at all, for they lack the consciousness to experience it. So, in purely cosmic terms, the age difference between a 63-year-old man and a 19-year-old woman is but a mere nanosecond.

Is the age difference between a man approaching retirement and a young woman who recently started her freshman year at Dartmouth as significant as we here on Earth generally perceive it to be? If you were able to ask the universe, it surely would say no.

Thanks to science, we understand the universe is a much larger and complex place than we can grasp through our limited mortal experience. So why are we using our needlessly strict human concept of time to determine the appropriateness of a man in his 60s sending DMs to a woman who’s not yet old enough to drink? Our bodies and even the thoughts in our heads consist of the very elements that formed the stars so many billions of years ago, meaning that, on a constitutional level, a woman born in 2003 is actually ageless in a sense. Sure, she might still be on her parents’ health insurance, but the atomic matter that makes up her perky, nubile body existed long before the concept of time was even conceived, swirling among the gaseous clouds from which the Milky Way first emerged. Pretty cool to think about, huh?

From a purely mathematical standpoint, a 64-year-old man is over three times as old as a 19-year-old woman. Any grade schooler can tell you as much. But this is just one snapshot in time. Imagine these same two people after one billion years have passed. Now, the man is one billion and 64 years old and the woman is one billion and 19 years old, still as beautiful as ever, still making the man stay up well past his bedtime with her flirty emojis and revealing selfies. At this point, for all intents and purposes, they are the same age—practically twins in the lens of eternity. The age difference has been made virtually imperceptible by the passage of time, and surely no one will still ask the woman if the man is her grandfather when they check into a hotel together in New Haven. To see the situation any differently in 2022 is frankly quite ignorant.

Our individual, sexually taboo existences are but mere flickers in the grand scheme of planet Earth’s existence, and the existence of Earth itself is but a mere flicker in the grand scheme of the universe. Imagine a God or creator for whom time flows infinitely forward and backwards giving any special consideration to a four-decade age gap between a man and a woman—preposterous, right? Forty years is hardly a tick on God’s cosmic stopwatch, and in our fleeting insignificance as humans, it’s narrow-minded, if not downright moronic, to consider a consensual relationship between people born two generations apart as anything but completely and utterly hot.

It is something to be celebrated, not shamed—and one look up at the night sky should make that abundantly clear.

Do you look to a mosquito to tell you how to value time itself? Do you look to the oceans? Is one’s heart not just as valid a measurement tool as a calendar? I, for one, look to the calendar created by the cosmos, not mankind. I look at what’s written in the stars, and the stars say this: “Go get ‘er, young buck.”