Incredible: 17-Year-Old Chloe Kim Won Olympic Gold Even Though She Was Required To Have A Parent Or Guardian On Her Snowboard With Her 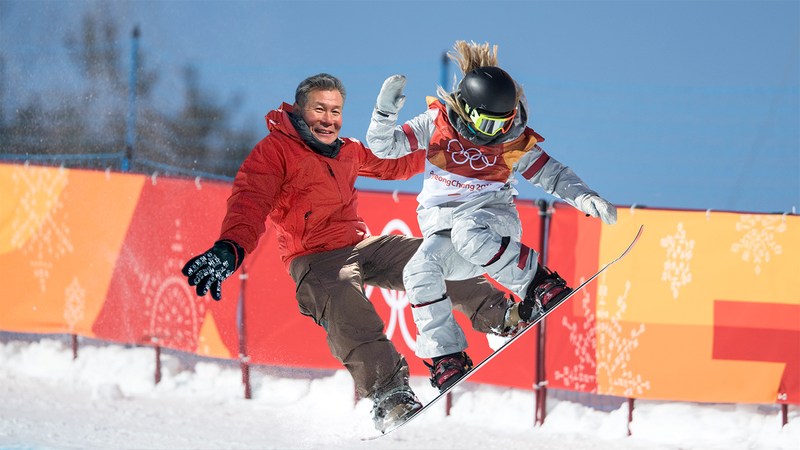 Can Chloe Kim get any more inspiring? Not only did she go head-to-head against the best snowboarders in the entire world at just 17 years old, but she also walked away with Olympic gold even though she was required to have a parent or guardian on her snowboard while competing.

It’s official. Chloe Kim is our personal hero of the 2018 Winter Games.

When the world found out that a 17-year-old would be competing on snowboarding’s biggest stage, Chloe found herself under incredibly high pressure, especially knowing that official Olympic Committee regulations regarding underage athletes would require her to perform with her 6-foot-one, 197-pound father riding on the snowboard at the same time. Yet, despite the added weight of a cumbersome legal guardian, Kim set the bar high right off the bat, landing every backside air, McTwist, and cab 720 with effortless precision during her first run as her dad cheered and waved a handmade “Go Chloe!” sign right there on the back of her board during every trick. It was absolutely amazing to watch.

Kim continued to dominate all the way through her final run, where she nailed back-to-back 1080s while her dad wept tears of joy directly behind her, knowing his daughter had just become the new world champion.

Clearly, it’ll take a lot more than the added weight of a grown adult to shake this young woman’s confidence.

This kind of underdog story is exactly why we watch the Olympics. Imagine being Kim’s competitors, training for years to get ready for the Olympics, only for a high schooler with a legal guardian on their board to come in hot and score a nearly perfect 98.25. It’s so impressive that it’s honestly kind of scary. Who knows what Kim will be capable of once she’s old enough to compete without a parent supervising her from the back of her board?

All we can say is that her fellow athletes had better start practicing their back-to-back 1080s for the Winter Games in 2020, because by the looks of it, this is just the start for Chloe Kim.