Incredible Devotion: This Tibetan Monk Remembers To Do His Meditation App Almost 5 Days A Week 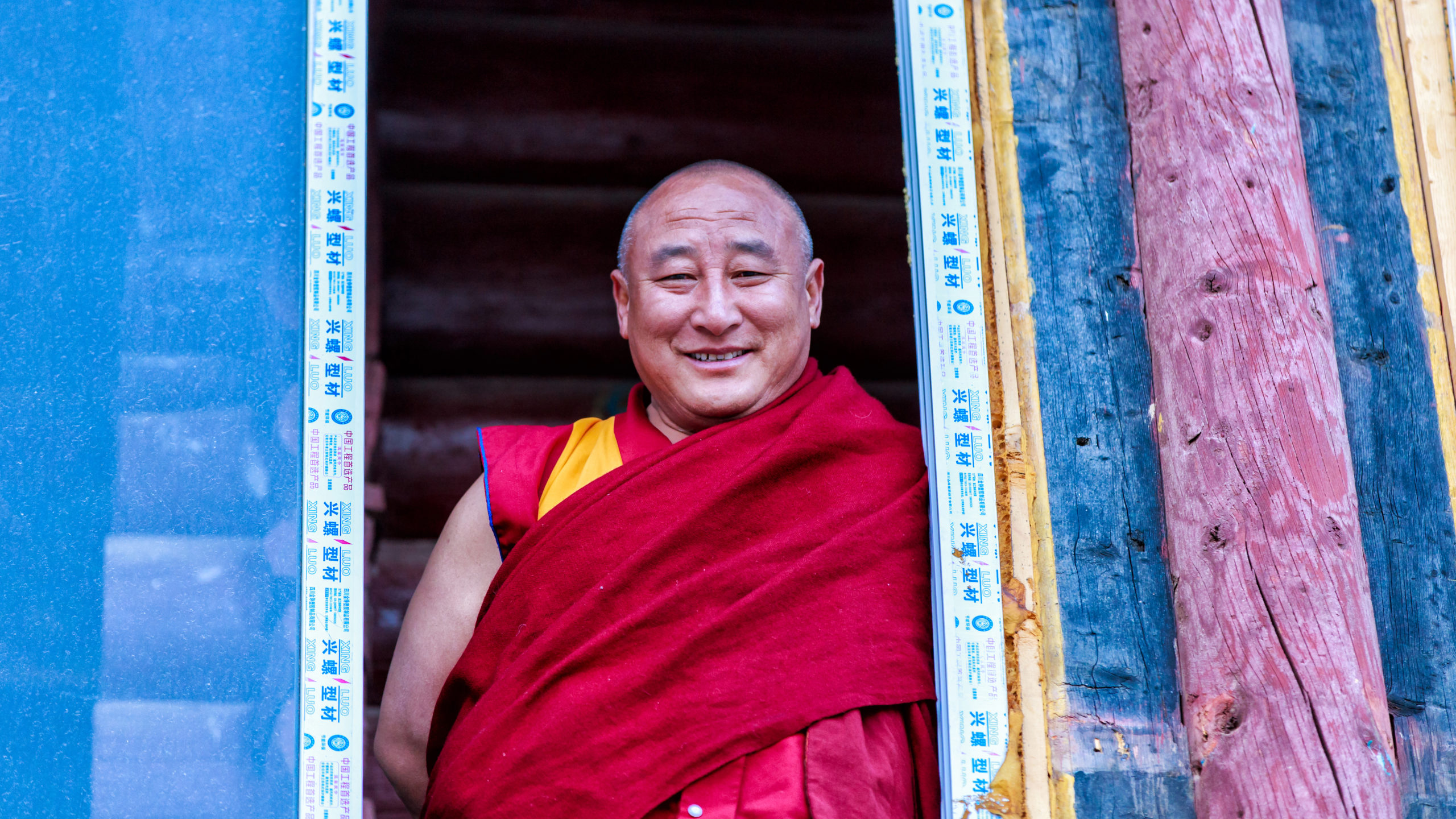 Monks in the Buddhist faith who spend their lives working toward spiritual enlightenment exhibit a dedication to their religion that few of us could ever imagine achieving, and this incredible Tibetan monk is a perfect example of just how deep that dedication and self-discipline goes: He remembers to do his meditation app almost five days a week!

Just amazing. This man is truly a model of devotion that the rest of us might do well to follow.

Tenzin Tsering, a 72-year-old monk living at the Drepung monastery at the foot of Mount Gephel in Tibet, follows an incredibly impressive spiritual regimen: After rising at dawn, tending to his chickens, and tidying up the residence he shares with his fellow monks, he typically remembers to do a short guided audio meditation on an app called TranquilMind as long as he isn’t too tired or hungry or just generally not in the mood for it. Almost every weekday, Tenzin can be found sitting in the foothills of the Pubuchok mountain, communing silently with the moment for 10 minutes, give or take a few seconds at the beginning of the audio where the guy on the app talks about the theme of today’s meditation and a few seconds at the end where he explains how to transition back into your normal day, and he almost never stops midway through to go do something else!

So inspiring! It’s people like this who prove that it is possible to live a meaningful, spiritual life, even in the chaos of the modern age.

Many of us walk through our lives half-blinded by a constant deluge of anxious thoughts, but Tenzin has learned through diligent study of TranquilMind’s animated instructional videos that you can think of your inner monologue as an ever-changing stream flowing through your mind without affecting your emotions. And though he is committed to a life of poverty, Tenzin was able to gather some of his meager savings so he could spring for the $75-per-year subscription version of the app, giving him access to a full 30-day “Confidence” meditation pack as well as a set of “Unwind” audio tracks that he sometimes puts on his Bluetooth headphones while lighting candles at his temple.

Tenzin is also tirelessly dedicated to guiding others down the path of spiritual peace and self-knowledge. He recently offered a discount code he received through the app to several of the younger monks in his hermitage as part of his commitment to helping them grow in their faith—and many of them have already promised him they will give it a try when they have a free afternoon.

Just amazing. It’s incredible to hear stories about people like Tenzin who truly live out the practices of mindfulness and spirituality that so many of us fail to embody. If we could all live a little more like him, the world might be a better place!