Incredible: MIT Scientists Are 99% Sure That Dude Is David Duchovny 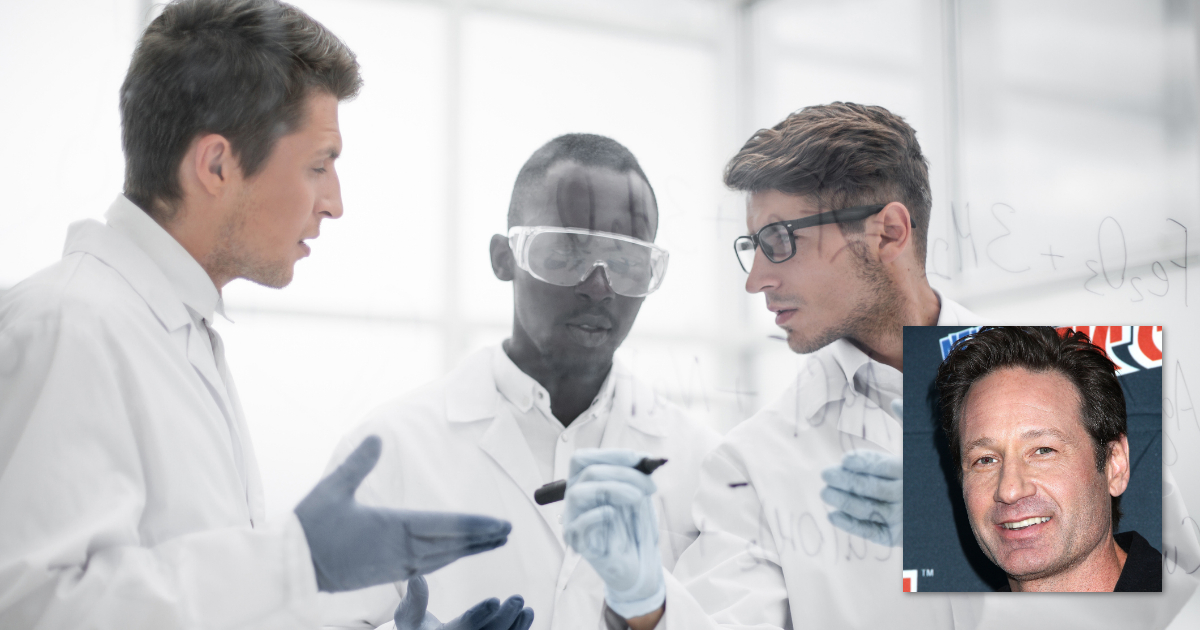 A team of researchers just compiled some groundbreaking evidence that the guy seated not too far from them is actually someone super famous and not just some average Joe: scientists at the Massachusetts Institute of Technology are 99 percent sure that dude is David Duchovny.

Following an exhaustive ten minute study, the researchers have determined that the man sitting right over there in the airport terminal has totally got to be X-Files star David Duchovny, noting how he looks pretty much exactly the way he does on TV, barring some bags around his eyes and some slight facial hair, which makes sense after factoring in how he definitely has professionals do his hair and makeup when he’s on set. Although there is a one percent margin of error due to the fact that the scientists are in Boston and not, like, Los Angeles where David Duchovny probably lives, the way in which he is just sitting inconspicuously with headphones on further supports their hypothesis since a big star like him would most likely just want to get on his flight without having anyone come up to him and ask for an autograph.

“To test our theory that this was, in fact, David Duchovny, I pretended to take a selfie with my phone’s front-facing camera, but I was really using the rear-facing camera to snap a picture of the guy, which I then sent to my friend who is super obsessed with Californication,” explained the study’s lead researcher, Dr. Angel Malmrose. “To maintain objectivity, I didn’t say who I believed was in the picture – I just sent it off with no caption. Fortunately, my friend’s immediate reply of ‘david duchovny!!!! awesome’ is strong evidence in support of our hypothesis that the guy is definitely who we think it is.”

Although all of their initial results were promising, the team still had to verify their theory with the use of a control group. In their next trial, one researcher discretely whisper-shouted “David Duchovny!” within 10 feet of the man they believed to be David, as well as within 10 feet of a random, other man in the airport dubbed the “placebo David.” When only the man they suspected to be David Duchovny turned his head in response to hearing the name, it provided even more evidence that the research team’s theory was sound.

While the scientists say that the only way to be 100 percent sure that this guy is David Duchovny would be to just go over there and ask him point-blank who he is, they admit that it would be an infringement on his privacy. However, they say that they might work up the courage to say something if he ends up being on their flight, and especially if he’s in their same row.

Just fascinating! This has to be the biggest scientific breakthrough since a team at UCLA determined with 85.3% certainty that they saw Leonardo DiCaprio in an In-N-Out. Congrats to the MIT researchers on their amazing discovery. Science FTW!