Incredible Realism: The Campaign In The Next ‘Call Of Duty’ Will Begin At Your Avatar’s High School Cafeteria When He’s Being Tricked Into Joining The Military By A Recruiter 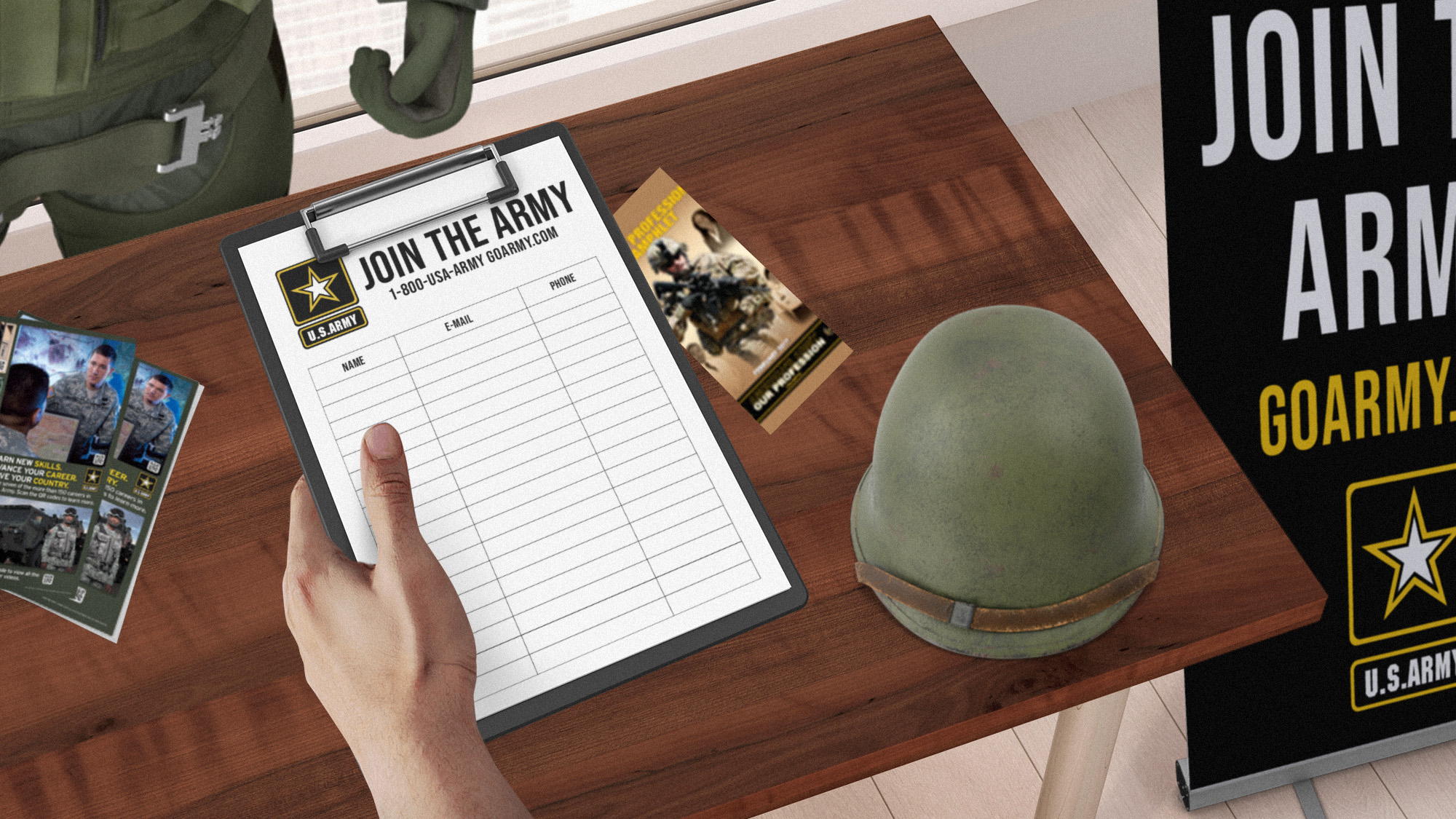 Call Of Duty fans, prepare for the next level in military gaming. Activision has taken its flagship shooter’s legendary immersive gameplay a step further in the franchise’s latest sequel by doing something that’s never been done before: having your avatar start out in his high school cafeteria, where he’s tricked into joining the military by an aggressive recruiter.

Wow. And that, friends, is why Call Of Duty remains the king of the first-person shooters.

The new game in the legendary series, Call Of Duty: Black Ops 4, opens with a grittily realistic scene in which your 17-year-old character is walking through his high school cafeteria, where he encounters a charming but pushy military recruiter who offers him a cool camouflage Army T-shirt just for sitting down to chat for five minutes.

The player will get to control their character through the entire interaction with the recruiter, as he subtly manipulates your teenage Call Of Duty persona into committing to the military by characterizing a life in the army as a chance to “get paid to see the world” while conveniently glossing over the true horrors of combat. It’s a truly innovative way to build up your character’s backstory so that it’s all the more exciting when you finally start mowing down enemy soldiers in battle!

It really sounds like the folks at Activision have outdone themselves this time and delivered the most authentic virtual warfare in the history of gaming. You’ll even get to control your character’s hand as he puts his signature on the recruiter’s clipboard shortly after he tells you that joining the military is “the adventure of a lifetime” and hands you a poster for the Marines depicting a knight in a suit of armor fighting a dragon in an attempt to characterize war as a type of glorious fairy tale. Basically, if you’re looking for a truly hardcore experience that makes you feel like you’re actually getting the full military experience, Call Of Duty: Black Ops 4 is absolutely essential.