Incredible: This Madonna Superfan Is Paying Thousands Of Dollars To Have Madonna Look Like Her 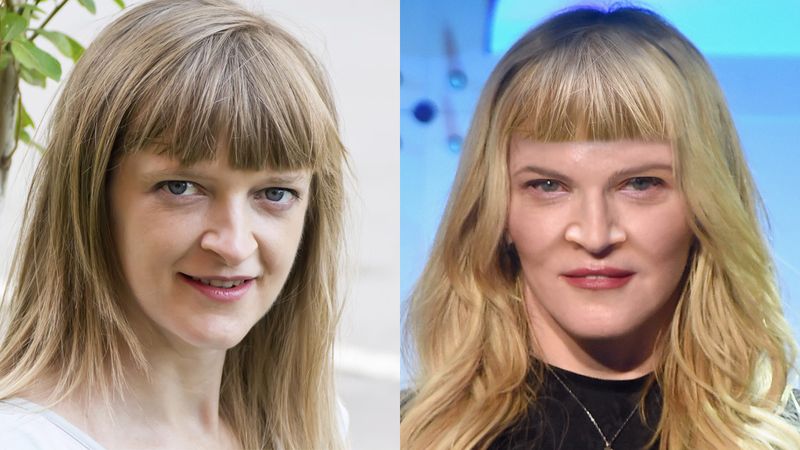 The lengths some fans are willing to go to…

When Diana Jarod first saw the music video for “Material Girl,” she fell in love with the young performer who would soon be dubbed the Queen of Pop. From that moment on, she went to every Madonna show, bought every Madonna album, and decorated her home with all the Madonna memorabilia she could get her hands on.

Now, the 38-year-old portfolio manager is taking her obsession with the iconic pop star to the next level— by shelling out thousands of dollars to have Madonna look like her.

Diana started with a small plastic surgery procedure to have Madonna’s nose more closely resemble her own. After that, she changed her eyelids. Then her hairline. Bit by bit, she began surgically altering all of the pop star’s facial features to achieve a likeness as close as possible to her own on Madonna’s face. So far, Diana has paid over $50,000 for Madonna to undergo 16 separate operations, and she’s not finished yet!

“For as long as I can remember, I’ve wanted Madonna to look just like me,” says Diana, who is getting ready for another round of operations that will stretch the skin around Madonna’s mouth in an attempt to give the Grammy-winning icon Diana’s smile. “I mean, that face. That beautiful iconic face. Who wouldn’t want to have that face changed to look like their own?”

Okay. But what does Diana say to those who think that physically altering Madonna’s appearance to resemble her own is a little extreme—even for a superfan?

“I don’t really care if people think it’s weird,” says Diana. “It’s been my dream to have Madonna look in the mirror every morning and see my face. That’s what makes me happy.”