Incredibly Generous: Eminem Invited A Dying Fan Onstage And Straight Up Demolished Her With His Most Devastating Freestyle Yet 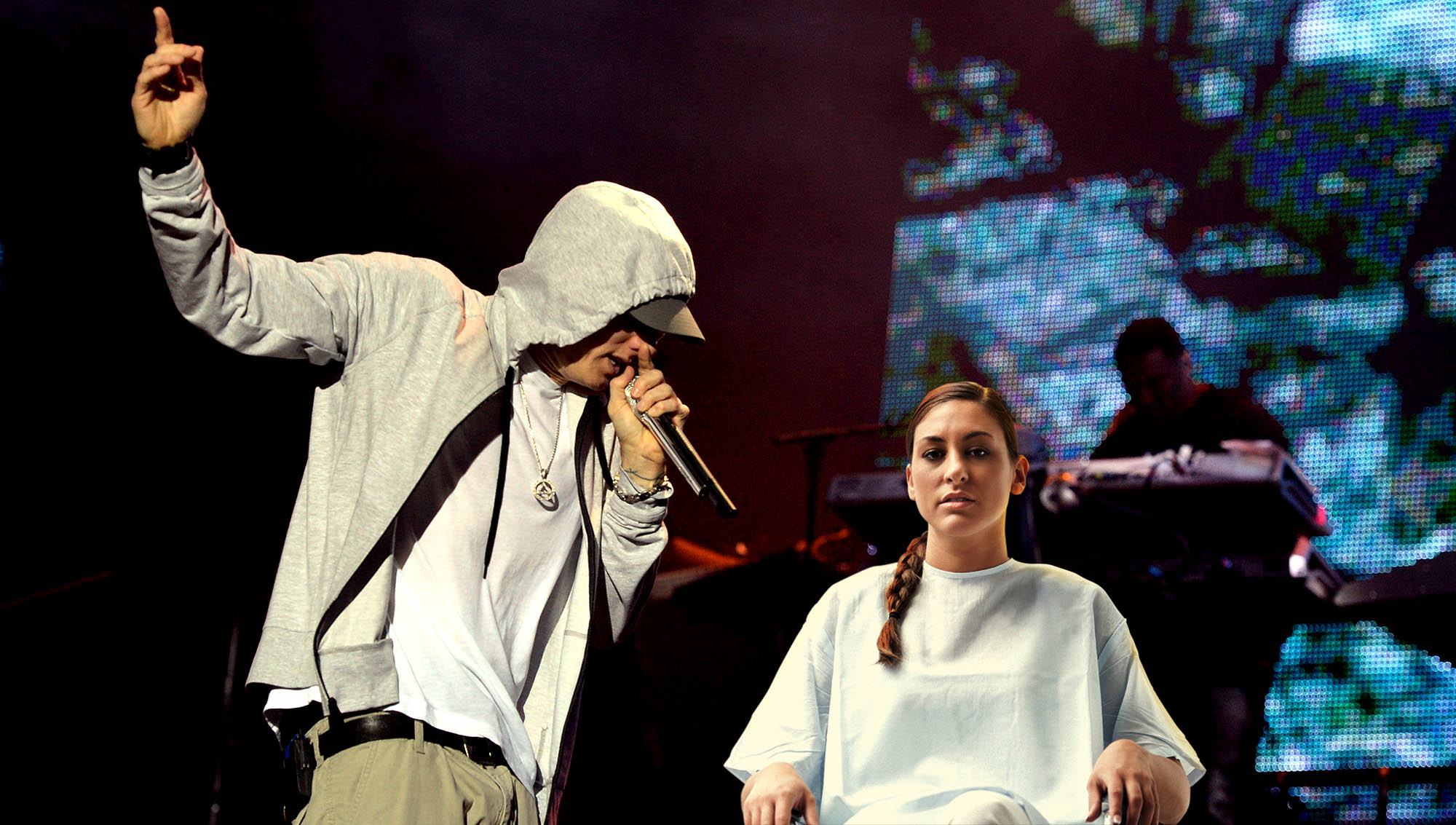 Get ready for a heartwarming story about a celebrity who is using their fame for a really amazing purpose: At his concert at the Wells Fargo Center in Philadelphia last night, Eminem invited a dying fan on stage and straight-up demolished her with his most devastating freestyle yet.

Wow. What an amazing way to give back to a fan!

When 31-year-old Nadine Ritter showed up to see Eminem last night, she was just looking to be distracted from her recent brain-cancer diagnosis and had no idea that she would be pulled on stage and absolutely destroyed by her favorite artist’s improvised verses pointing out all her flaws. Little did she realize that her amazing sister had contacted Eminem on a whim, explaining that Nadine had been given three months left to live, and the generous megastar had immediately offered to freestyle some burns that would annihilate her busted ass.

Yes! It’s so inspiring to see that fame hasn’t stopped Slim Shady from being a good person.

Nadine was completely overwhelmed with emotion when after a rousing rendition of “Lose Yourself,” Eminem said, “I’d like to bring up a very brave fan to the stage,” then reached to help her up and continued, “Get a load of this crusty fucker, Philadelphia!” Concert attendees say that without missing a beat, Eminem gave her the incredible opportunity to get torn to shreds by one of the greatest rappers of all time: “Doctors gonna give you a standing ‘O’ when you finally pass / They need three iron lungs to fit your whole ass,” Eminem spat at Nadine while she wept with joy and 20,000 fans cheered. From calling her breathing tube a “dick she’s giving history’s worst blowjob” to telling her that if she were on life support he would’ve pulled the plug yesterday, Eminem left no stone unturned in his astounding four-minute freestyle that warmed the heart of everyone in attendance.

And if you thought Eminem couldn’t get more amazing, think again, because he seamlessly got the crowd to tear her to shreds, too, when he asked them to stand up and chant “Hella gross skank with an oxygen tank!” at her. Reportedly, Ritter’s face lit up with absolute joy when Slim Shady ended the freestyle with his most cutthroat verse of the night: “Looking like the Ghost of Bitchmas Past with your face all contorted / You’re a hospice whore I would’ve late-term aborted.”

Damn. This proves that Eminem really knows how to go above and beyond for his fans. Other musicians, take note, because this is how it’s done.