Incredibly Lucky Catch: Reddit Users Likely Saved This Man’s Life After Pointing Out That His Photos Showed He Had A Gunshot Wound 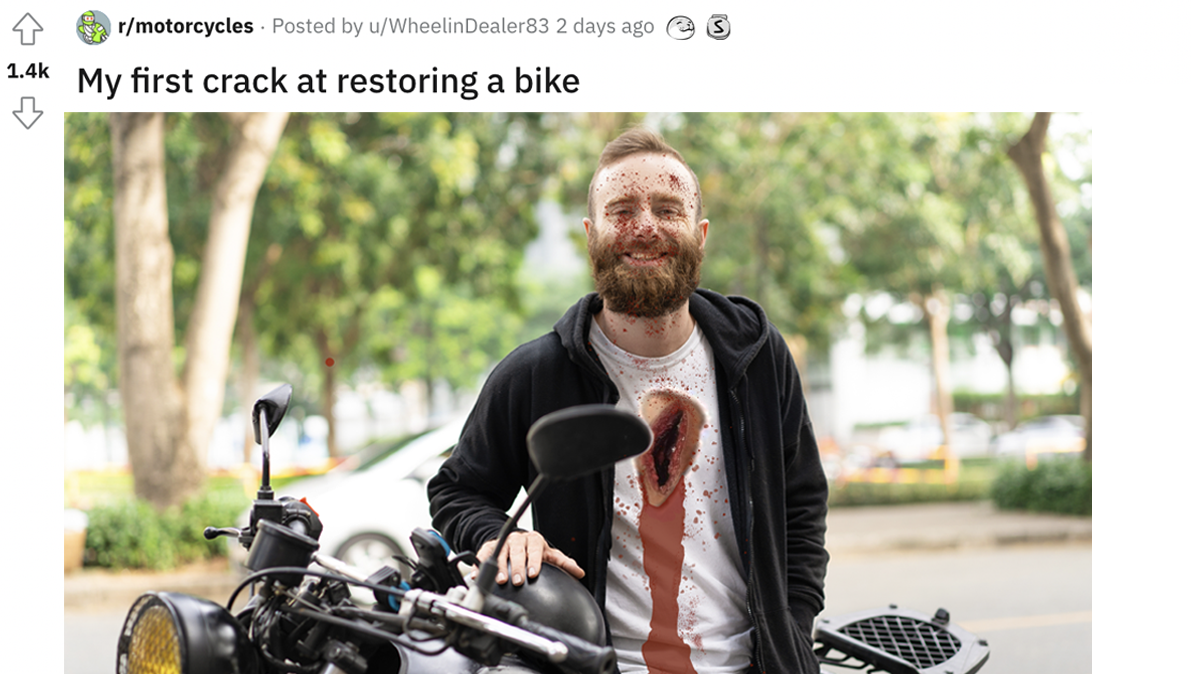 What was supposed to be just a casual post on social media may have inadvertently helped one man avoid disaster thanks to the timely intervention of some eagle-eyed strangers: Reddit users likely saved this man’s life after pointing out that his photos showed he had a gunshot wound.

Who knows what could have happened if these internet heroes didn’t catch this when they did?

Reddit user u/WheelinDealer83 thought he was just showing off his wheels when he posted on the site’s popular r/motorcycles subreddit earlier this week, but other users quickly jumped into action when they noticed a more serious matter on display in his photos. 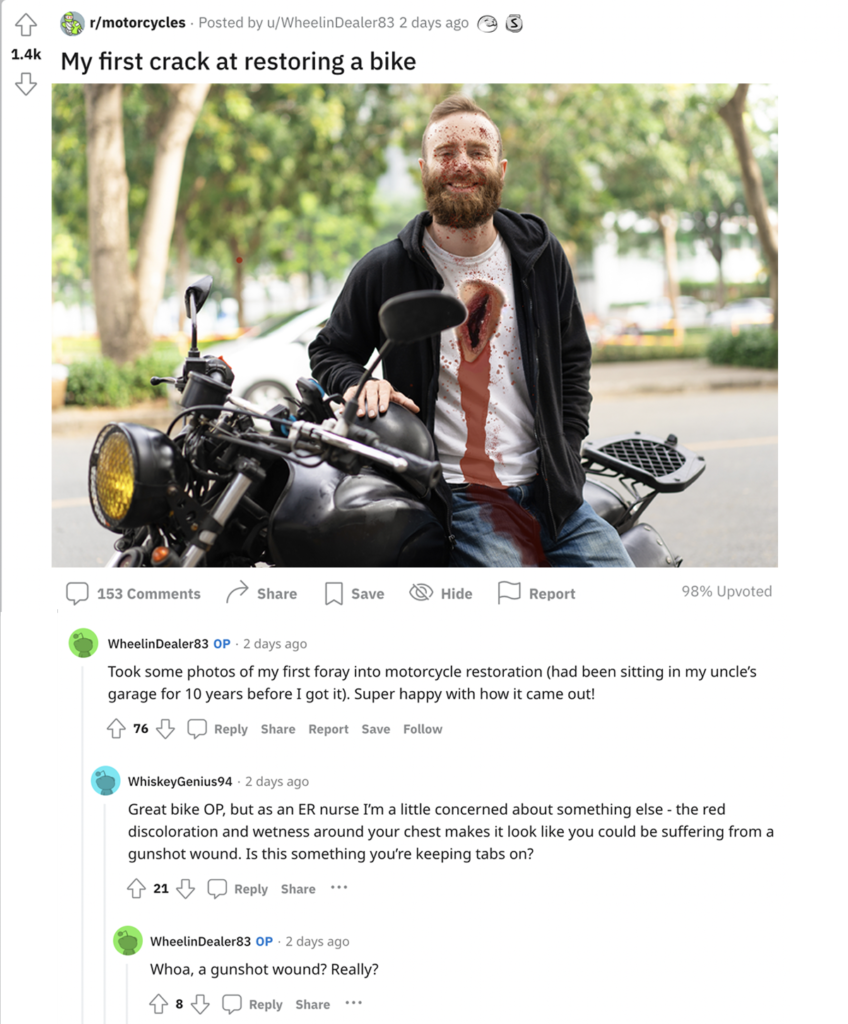 A series of diagnostic questions confirmed that something was indeed amiss. 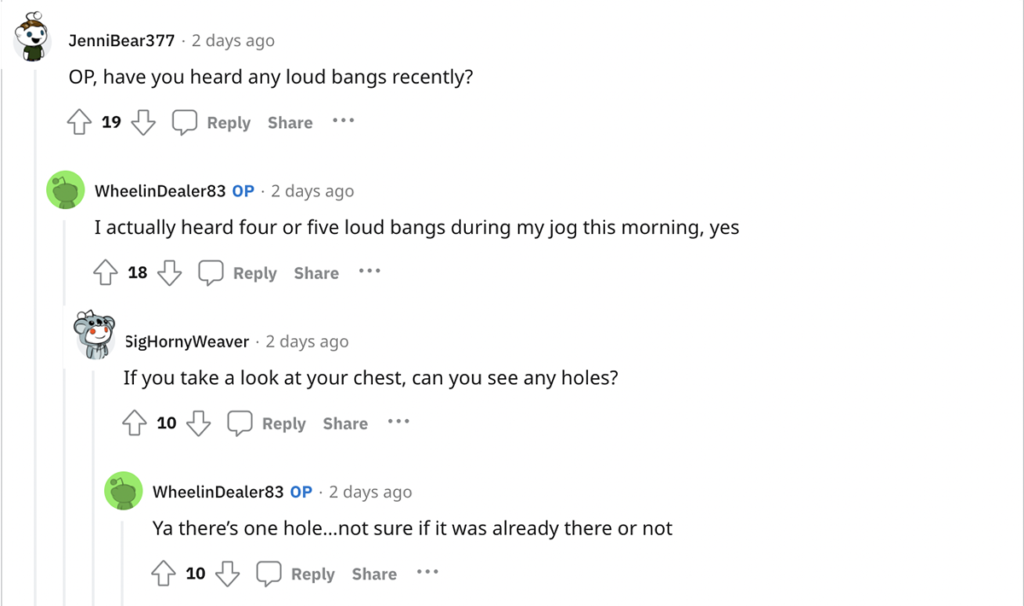 While u/WheelinDealer83 was initially untroubled by the discovery, others helped bring him around to the potential urgency of his situation. 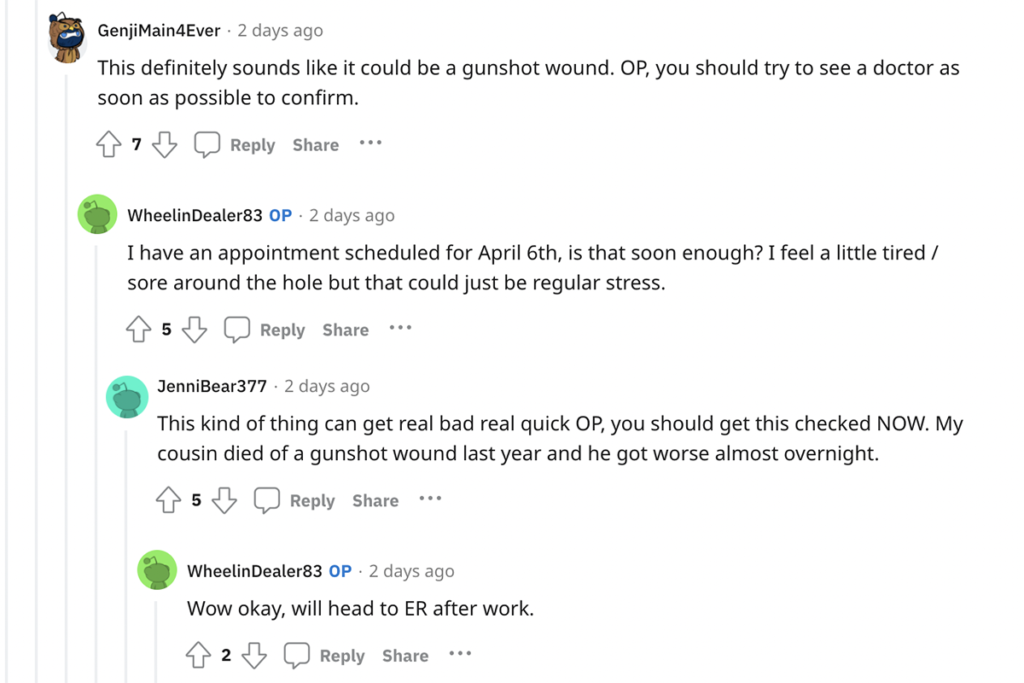 u/WheelinDealer83 then went radio silent while his concerned fellow Redditors anxiously waited for news, but thankfully he checked back in two days later to share a happy ending to his story:

“UPDATE: Just got back from the hospital, and it turns out you guys were right! I had been shot in the chest with a .357 round and had lost almost 2 pints of blood, plus had a collapsed lung. Doctors told me I was lucky I came in when I did, and I told them it was all thanks to the best bunch of motorcycle lovers on the internet. Thanks so much to all of you for looking out for me and my health!”

Incredible! Maybe the internet isn’t such a bad place after all.

It’s amazing to see people show such concern for a complete stranger’s wellbeing. Kudos to the Good Samaritans of r/motorcycles for catching this guy’s gunshot wound before it could get any worse!