Incredibly Relatable: Alexandria Ocasio-Cortez Is Proving She’s Just Like Us By Wasting Her Life On Social Media 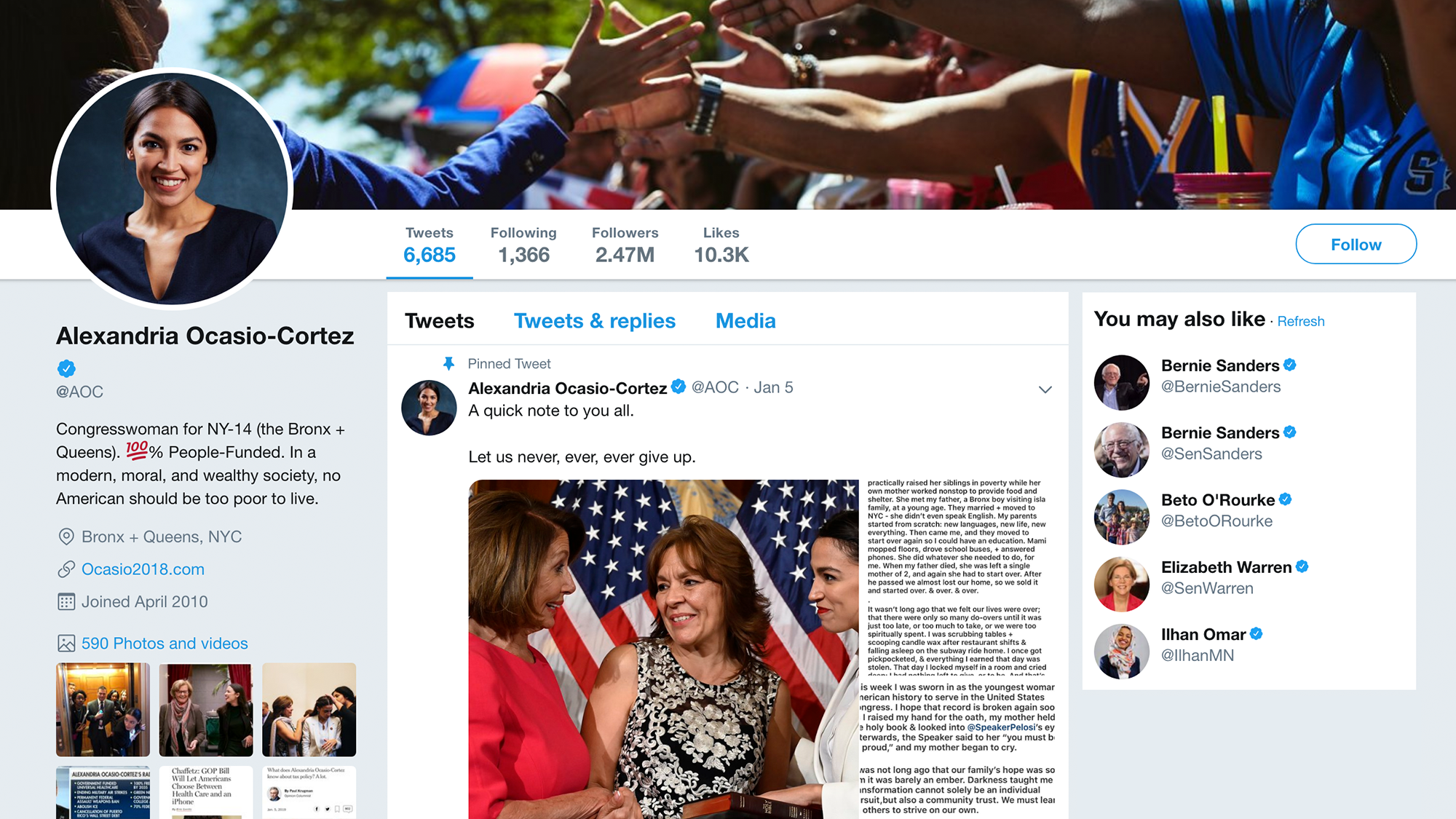 American politicians can often seem stodgy and out of touch, but superstar Congresswoman Alexandria Ocasio-Cortez is doing her best to smash that stereotype. Ever since she got elected to represent New York’s 14th congressional district, Ocasio-Cortez has been proving she’s just like her millennial peers by wasting her life on social media.

Democrats, take note: If you want to appeal to America’s youth, you’ll have to suffer through endless hours of reading and posting tweets like AOC does!

Ocasio-Cortez wins the internet every day with incredible posts in which she comes off as a normal, everyday person who’s forced to be online 24/7 due to social media’s ever-tightening stranglehold on American life. She posts viral tweets to her 1.5 million followers that eloquently and passionately explain her progressive political goals, each tweet evidence of a moment Twitter has stolen from her—time she’ll never get back.

Amazing! It’s refreshing to see an elected official who actually knows how to use social media instead of being free from the interminable nightmare.

Ocasio-Cortez’s Instagram game is just as on-point as the rest of her social media presence. She often live-streams herself cooking dinner in her kitchen while breaking down complex political issues, proving that the internet forces her to take work home with her and slave away late into the night during her free time when she deserves a break, just like it does to so many other millennials. That’s why voters connect with Alexandria Ocasio-Cortez: They can see that she’s trapped in a technological prison with no escape, just like they are.

And to any Republicans thinking of criticizing AOC online, watch out, because like any young, with-it politician, she is cursed with the burden of reading your tweets and responding with an epic clapback. Being forced to read trollish posts from GOP leaders instead of just ignoring social media completely is part of AOC’s job as a member of Congress in the modern age, and it could not be more relatable!

Finally, millennials have someone who shares their reluctant reliance on the internet representing them in Congress! Alexandria Ocasio-Cortez is almost as inspiring as the idea of deleting all your social media accounts and being free at last from the never-ending hell that is the internet. We’re excited to see what she accomplishes on Capitol Hill!