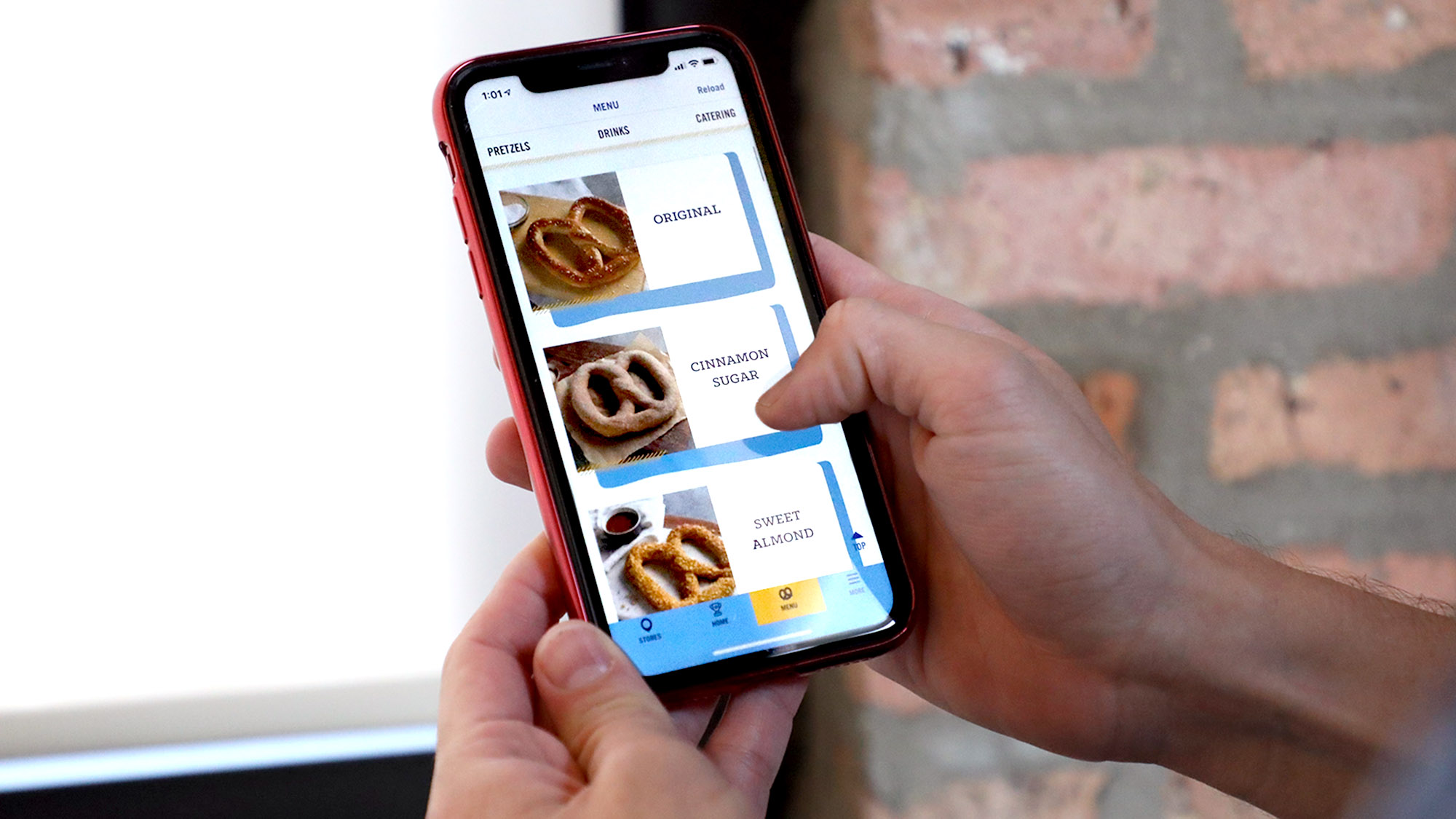 Brace yourself, because this story about Jack Woltizer of Fairfield, CT is going to be a bit of a bummer: Jack eats enough Auntie Anne’s pretzels to warrant using their app.

Even though the closest Auntie Anne’s to Jack’s house is 20 miles away at the Connecticut Post Mall, the 34-year-old data analyst unfortunately visits it enough that he finds it useful to have the Auntie Anne’s Pretzel Perks app on his phone. While most people his age would only find themselves ordering an Auntie Anne’s pretzel in an airport terminal with limited food options, Jack goes out of his way to visit the store with such frequency that he turned on push notifications for the app to ensure that he doesn’t miss any updates about new pretzel flavors and deals. Sadly enough, he considers the pretzels equivalent to an actual meal, frequently using coupons he finds on the app to order a hot dog pretzel for dinner with cinnamon sugar “pretzel nuggets” as dessert.

How depressing. If you ask us, the only person on the planet who should be intimately familiar with the Auntie Anne’s app is the web developer who created it.

In order to get a free pretzel via the Pretzel Perks app, customers have to spend $25 at Auntie Anne’s—which makes it all the more disturbing that Jack uses this discount enough to justify keeping Pretzel Perks on the front page of his phone right next to the weather app. Although having the app does get him a free pretzel during his birthday month, the bleak reality of the situation is that the amount he spends in gas to get to the Auntie Anne’s kiosk costs him more than the three dollars he saves on the pretzel.

Yikes. This is a real downer of a story, and unfortunately, it does not seem that Jack intends to make any changes to his disconcerting habits. For his sake, here’s hoping that Auntie Anne’s just straight-up discontinues their app sometime soon.