Incredibly Shameful: The Trump Administration Has Spent More Than $6 Billion In Taxpayer Money On Swimming Lessons For Eric Trump 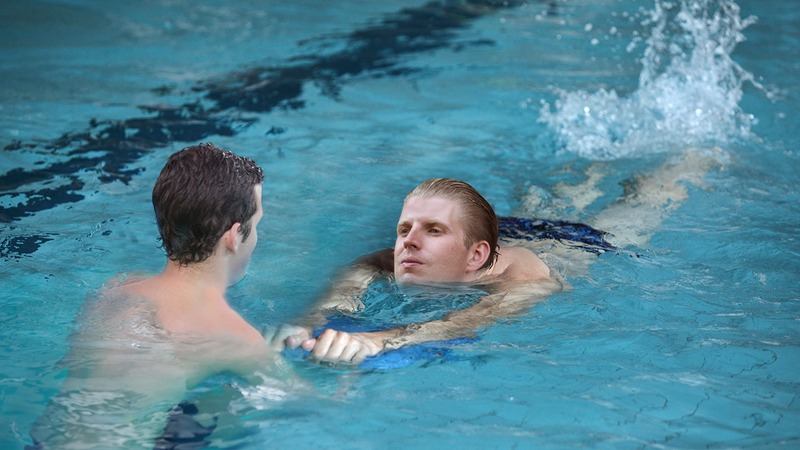 Even in his first few months in office, President Donald Trump is no stranger to controversy, and now it looks like a new budget report detailing the White House’s financial habits might land the new president in even more hot water: The Trump administration has already spent more than $6 billion in taxpayer money paying for swimming lessons for Eric Trump.

Yikes. This is an absolutely shameful misuse of public funds.

While American infrastructure is crumbling and millions of everyday Americans struggle just to make ends meet, the president is willing to spend millions of dollars a week on the various expenses required to teach his son how to swim. Every time Eric Trump enters the YMCA where the swimming lessons are held, the entire block must be placed on security lockdown and an elite team of U.S. Marines must be deployed to guard the pool while Eric works with his swimming instructor to learn the basics of how to stay afloat in the water. These strict security measures to keep Eric Trump safe while he learns to swim cost the White House $60 million for every lesson. And that’s before Eric even gets in the water!

Apparently the president has no problem with treating the United States Treasury like a personal piggy bank for his family.

According to the budget report, Eric Trump has needed to take a swimming lesson every day for the past three months, and every time the president’s son enters the pool for a follow-up lesson, he immediately screams, “I forget everything!” before sinking to the bottom of the pool. Members of Trump’s staff say that the amount of money spent on reteaching Eric Trump the basic front crawl stroke every single morning runs up an exorbitant bill—all on the taxpayer’s dime.

Americans pay taxes thinking that money is going toward funding their public schools and repairing our crumbling highway system, but apparently President Trump seems to think that that money would be better spent paying for the hundreds of paramedics that need to wait by the side of the pool to provide Eric Trump with medical care every time he tries to jump into the pool from too far away or tries drinking huge mouthfuls of chlorinated pool water in the hopes that this will make him swim faster.

Is it just us or does the Trump administration need to learn the meaning of the word “ethics”?

Due to Eric’s apparent inability to understand even the most basic swimming strokes, the White House has sunk $450 million a month employing hundreds of swimming teachers at a time to work with him. White House staffers say this hasn’t worked and that it seems that the president will likely continue to misspend government funds on these swimming lessons until Eric finally makes some sort of progress. Given that the president’s second-oldest son nearly required CPR the last time he touched a kickboard, we’re not holding out hope this will be changed any time soon.

All told, the bill for Eric Trump’s swimming lessons has run well over $6 billion and is showing no signs of slowing down. The president needs to learn that personal expenditures for his family are absolutely not what taxpayer money should be used for. Eric Trump might just have to put off learning to swim for a little while so that the president can start using public money for the public good. Here’s hoping this disgraceful misuse of funds stops as soon as possible.