Inspiring: This 95-Year-Old Woman Finally Got Her College Diploma And Is Now Moving Back In With Her Parents While She Figures Out Her Next Step 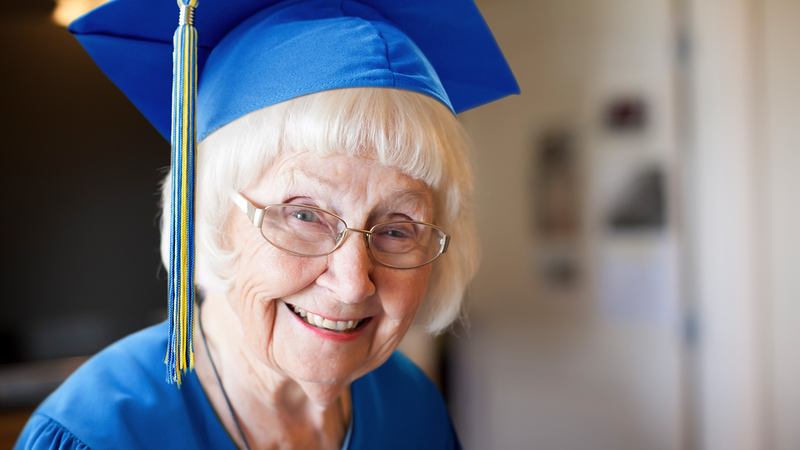 Helen Deming will tell you it’s never too late to finish what you started, even if it takes you a few decades to do it. After more than 75 years, the 95-year-old woman finally received her college diploma and is moving back in with her parents while she figures out her next step.

Deming had to put her education on hold back in 1940 after getting married and having twins. Now, after receiving her bachelor’s in psychology from Loyola University, her lifelong dream is complete, and she’s back in her childhood home, saving a little money until she can find a job or maybe apply to grad school. It’s been a long and winding road, but after 77 years, Deming is finally sitting pretty in her parents’ basement with a hard-earned college degree, proving that anything is possible.

“After my two wonderful sons and seven beautiful grandchildren, this has been my life’s greatest accomplishment,” Deming said in an interview with Loyola’s student newspaper. “Words can’t express how much it meant to me to graduate in front of my boys this past spring and have them move my college stuff back into my parents’ house. I think I’m just going to relax for a second, maybe look into WWOOFing, but I also want to stay local for the birth of my first great-grandchild, who is due later this summer, so I have a lot to think about. It’s just nice to have a low-stress home base for a bit and spend some quality time with my parents.”

“They won’t be around forever,” Deming added.

Deming is a living testament to the old saying “if there’s a will, there’s a way.” As her diploma—now framed and basking in the glow from her parents’ basement awning window—shows, dreams never expire.