Inspiring: This Bully Keeps Guessing Fat Classmates’ Weights But She’s So Good At It That It Came Back Around To Impressive 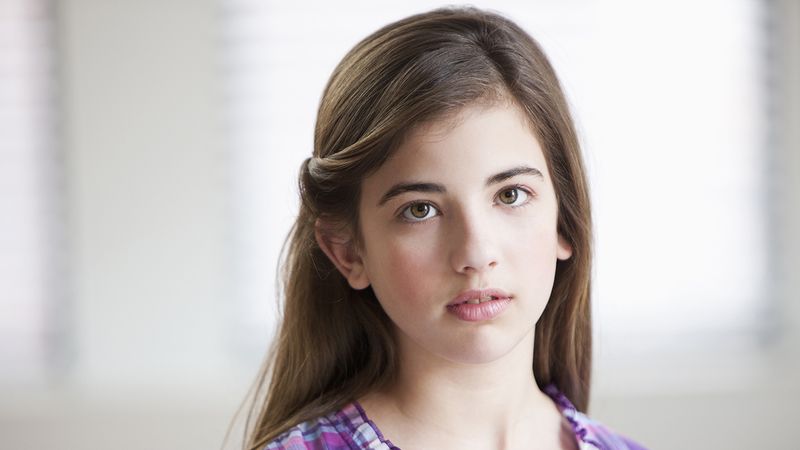 Here’s further proof that even when times are tense and trying, kids so often rise above and inspire us all. Take 13-year-old bully Heather Myers, who is turning a potentially heartbreaking situation into something truly amazing: She keeps guessing fat classmates’ weights to be mean, but she’s so good at it that it’s come all the way back around to being impressive.

Wow. Bullying in schools is a major problem that needs addressing, but it’s hard to complain when someone’s batting a thousand like this.

Things were starting to look pretty ugly in the hallway today when Heather, the meanest girl in school, shouted out to Michael Thompson, “What do you weigh, fatso, 212 pounds?” But Michael’s hurt look of embarrassment turned to surprise when he turned wide-eyed and revealed that that was his exact weight. It was obvious that Heather was trying to be cruel, but when Michael’s friend Lucas stepped in to tell her to go away, Heather hissed, “You must be pushing 235 pounds right now, you porker, though you historically fluctuate between 221 and 248,” and Lucas was so impressed that instead of being humiliated, he could only turn, and with a grin shout to the crowd forming around them, “She’s right!”

Insulting a student for their weight is definitely wrong, but even Mrs. Allen was too awestruck by Heather’s savant-like talent to be mad when Heather barked, “Five feet, 6 inches with a 40-inch waist. At 190 pounds, your BMI’s at 30.7, which is clinically obese,” at her. And there’s no doubt the entire crowd that has now gathered around her thinks Heather’s verbal abuse is more mind-blowing than devastating, as they’ve started begging Heather to verbally destroy them with a precise reading of their weight, too, and burst into applause with each amazing guess.

Wow, this is seriously inspiring. What could have been an incident that ruptured several students’ self-esteems in a way that would affect them for the rest of their lives has turned into a virtuoso display of Heather’s masterful visual-spatial skills. This will be a day these middle schoolers won’t soon forget.