Is It Time For High School Football Coaches To Relax Their Stance On Lollygagging? 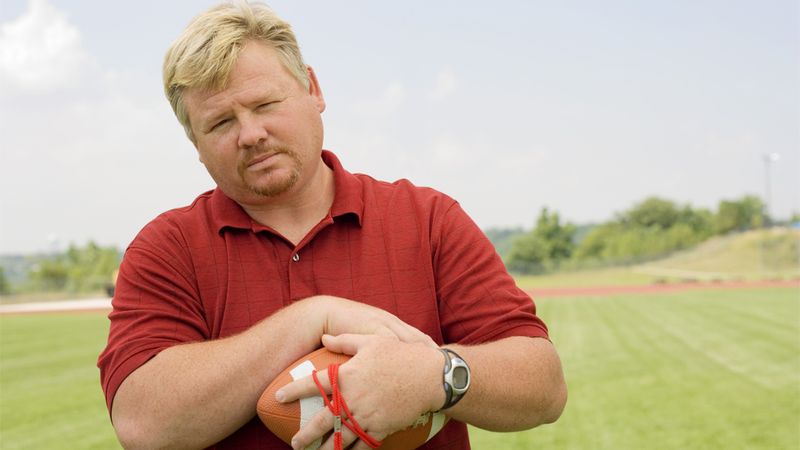 For as long as football has been an American tradition, high school coaches have taken a hard-line, zero-tolerance stance on lollygagging of all kinds. You can be big or small, outspoken or quiet, but if you’re an athlete standing on that football field, you had better not be lollygagging.

That’s just the way things are—but is it how they must always be?

We take it for granted that football coaches ought to criticize the dilly-dallying marshmallows on their team, and our acceptance of it just reveals how entrenched the no-lollygagging mentality is. It’s a sign of the stigma’s pervasiveness that the mere mention of a slack-jawed lollygagger is enough to send most coaches flying off the handle. Is the cultural moment finally right for coaches to seriously reevaluate lollygagging’s place in our high school athletic departments?

“Every day, do-nothing lollygaggers face persecution, verbal abuse, and public humiliation from coaches, simply because they’re standing around gawking at the football with their thumbs up their asses,” said Rémy Shapiro, the head of a private foundation that advocates on behalf of sissy drag-asses with their heads in the clouds. “These coaches live in a backwards, outdated world where they can just tell all the wiffle-ball dipsticks on their team to hustle, but that’s not our world.”

How about you? Do you or your friends lollygag now, or have you in the past? If your son was on the football team and his coach called to say he’d been lollygagging at practice, would you fly into a rage or consider a more measured response? Let us know in the comments where you stand on the issue.