Is This Really How It’ll Be? Everyone In This Digital Rendering Of The New Shopping Promenade Under Construction Is A Rasta Man 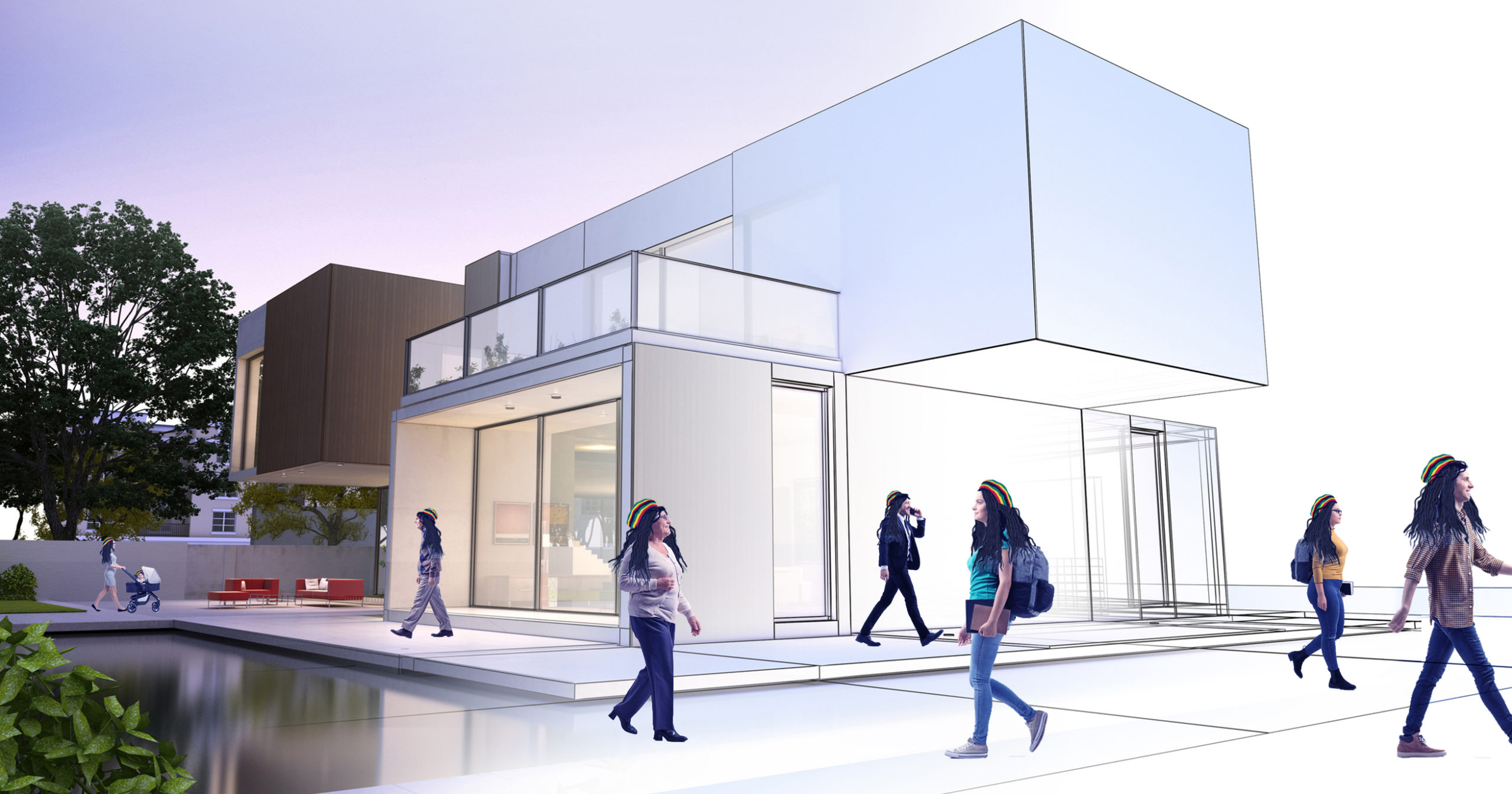 Everyone in Chesapeake, Virginia is excited about a new waterfront development that will feature an updated shopping and dining experience for residents young and old, but some of the promotional materials for the project are admittedly a bit confusing: Everyone in this digital rendering of the new shopping promenade under construction is a Rasta man.

So, wait…is this how it’s actually going to be? Nearly 500,000 square feet of upscale retail…all for Rasta men?

Digital renderings of the forthcoming Waterside Retail Promenade in Chesapeake, VA, that are posted around the construction site depict a bustling urban shopping and entertainment center filled with illustrated humanoid figures, all of whom, for some reason, are tiny little Rastafarian guys. From the line outside the multiplex movie theater to the many cyclists on the waterfront bike path, all the people visible in the 3D preview are Jamaican men sporting beards, dreadlocks, and Rasta caps—even the small children in strollers are smaller versions of adult men wearing the colors of the Jamaican flag. Every other detail in the rendering seems pretty normal and thoughtfully designed, which makes you think the Rasta guys have to be intentional as well. But…can it really be? Is this the future that awaits us?

Curiously, there isn’t any mention of Rastafarians in the promotional materials for the shopping complex, and the tagline (“Where Chesapeake Comes Out To Play”) seems to suggest an inclusive social hub for Chesapeake residents of all stripes. But a picture speaks 1,000 words, and considering these renderings contain, like, a hundred different pictures of Rasta guys, you have to assume there’s some significance there. We’d like to think anyone can spend time at the promenade, but it does seem like you’re going to be majorly out of place there if you don’t worship Jah and adhere to Rastafarian dietary laws. If this digital rendering is to be believed, and we don’t have any reason not to believe it, it’s going to be pretty much all Rastafarians all the time at the promenade. Yet, honestly, how many Rasta guys could possibly live in Chesapeake? Ten? Twenty? Certainly not enough to fully realize the vision of these renderings.

Whoever’s behind this project either made a huge miscalculation as to the size of the local Rasta guy population or had some sort of powerful prophetic vision about the future of retail in Virginia, and only time will tell which is the case. We guess we’ll find out in a few months when the new development opens if it is indeed exclusively for Rasta guys. And if so, then praise Jah, we suppose!