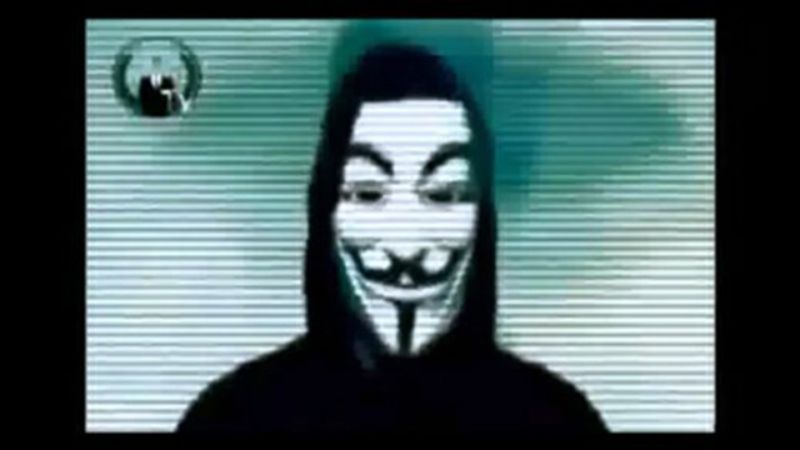 Well, my birthday’s coming up at the end of the month, and I’m on pins and needles about the big surprise my wife’s got planned for me. Is it the new mountain bike I’ve been hoping for? Or maybe a surprise weekend trip to somewhere warm and tropical? Who knows? Secrets are meant to stay secret, which is why I’m not going to go snooping around for answers. Likewise, it’d be a real shame if the internet activist group Anonymous were to hack into my wife’s email and reveal the secret she’s worked so hard to keep under wraps.

From what I know, Anonymous is always after big secrets, and Sandra tells me this year’s special birthday surprise is even bigger than last year’s (a kayak!!!). So, it goes without saying that this is a pretty huge secret we’re talking about—a huge secret that, unfortunately, a certain group of internet hackers might really want to get their paws on.

…it would just be irresponsible and wrong for Anonymous to hack my wife’s email ([email protected]).

But while we’re all going nuts wondering what this secret is, I don’t think anyone—neither myself nor Anonymous—should go out of their way to spoil it. Sure, it’d be incredibly easy for Anonymous to swoop in and get all the pertinent details, probably without my wife even noticing…and there’s probably someone out there who’s eager for any information they could finagle, but even though it would be lucrative and relatively low-risk, it would just be irresponsible and wrong for Anonymous to hack my wife’s email ([email protected]).

And besides, Anonymous usually only mobilizes their forces against those who have committed some sort of injustice, and my wife is a pretty good person. Granted, she does occasionally smuggle snacks into the movie theater, and she sometimes speeds on highways, but offenses like these don’t deserve Anonymous’ full, unyielding wrath. If anything, they would just send in a couple of their lower-ranking guys to extract her inbox’s contents and teach her a lesson. Then they would be privy to the big birthday surprise, and they would probably have to leak it, because withholding important data goes against everything they stand for. Man, I’d really hate to see that happen, even though I bet this year’s surprise is pretty cool.

Ultimately, my wife deserves her privacy just like everybody else. I’m more than happy to wait a couple weeks on my birthday surprise if that’s what it takes to protect her personal information. Of course, if there are some guys out there in Guy Fawkes masks who already have an #OpSandra underway, I suppose there’s nothing I can do to stop them. I just ask that they would be discreet and swift and no more invasive than necessary.

Oh, and also that they would share whatever information they find.