It Happened To Me: Nick Took Over My School And Wouldn’t Leave 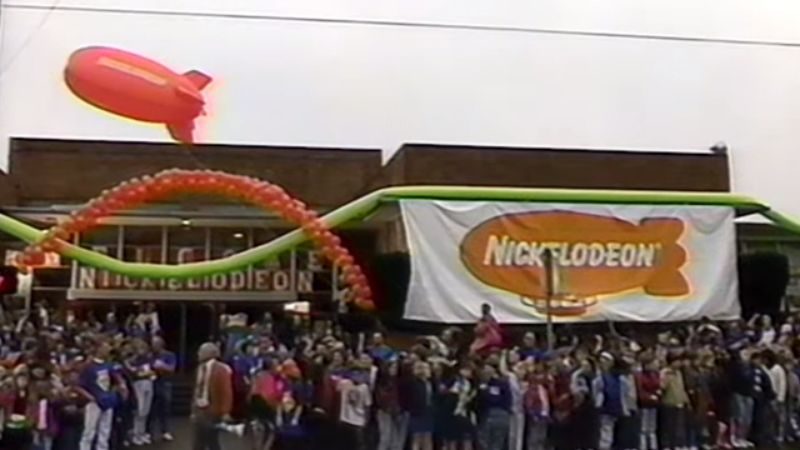 Sept. 26, 1997 is a date I can never forget. One of my fourth-grade classmates, Jacob Wagner, won the “Nick Takes Over Your School” contest. I remember being excited to have all of my favorite Nickelodeon characters come in and make our school day fun. And it was fun at first. It was all any elementary schooler could want. But soon, all we wanted was for it to be over.

Nickelodeon took over my school…and they wouldn’t leave.

We were in the middle of a morning math lesson when it began. It was fractions. The next thing I remember was a series of percussive noises and yelling from outside as I saw an orange and green school bus pull up through the classroom window.

Fourteen hours later, one of my classmates, Jennifer Bryant, asked if we could leave. That’s when it all stopped being fun.

The Nickelodeon mascots and camera crew rounded us all up into the auditorium. They told us everything we knew about school was about to change. They told us they were in charge now. Then they took our principal, Mr. Hoffman, a man whom I loved and respected, a man who had let me eat lunch in his office when I was scared on the first day of kindergarten. They pulled him onstage, where they slimed him in front of all of us and pulled his pants down. “I’m your principal now,” yelled Stimpy from The Ren & Stimpy Show into a megaphone.

They told us everything we knew about school was about to change. They told us they were in charge now.

What followed was a forced regimen of obstacle courses, slopstacle courses, egg races, and pizza slams. Whenever they saw us getting used to a routine, they changed it up. Never letting us rest. Never letting us see our loved ones. Children, teachers, even the custodial staff were randomly pulled out in front of the school and slimed for the cameras. When we tried to sleep, a large man dressed like Porkchop from Doug would bark in our faces, or the cast of All That would fire T-shirt cannons at us. It went on for weeks.

Soon, kids were eating Gak and Floam. We were only allowed to bathe in orange soda or chocolate sauce. Everyone was getting sick. We thought it would never end. We thought Nick had taken over our lives. We didn’t know how long we would last. And, finally, we gave up hope.

Then on June 12, 1998, eight months and 17 days later, the National Guard stormed our elementary school and removed Nickelodeon from the premises. It was over. The government killed all of the Nickelodeon characters with guns and grenades, but their stain would forever discolor the minds of all who lived in Morning Day Elementary under their despotic reign.