It’s About Time! The Audience From ‘Bruce Springsteen: Live In New York City’ Is Finally Releasing A Solo Album 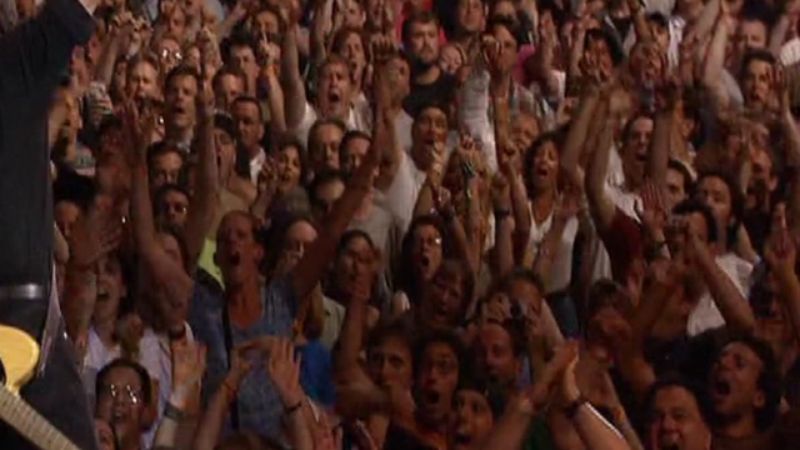 Prepare to have your day made! Because almost 15 years after making its groundbreaking debut at Madison Square Garden, the audience from Bruce Springsteen & The E Street Band: Live In New York City is finally releasing a solo album!

That’s right. The legendary crew of 18,000 from one of the most celebrated concert films of all time is finally taking center stage on a brand-new album from Columbia Records titled All Together Now, available for purchase and digital download March 17!

So…should we just give them the Grammy now?

Recorded over a period of two months at Avatar Studios, the 12-track solo debut from the veteran Springsteen audience is sure to showcase all the famous energy and musical dexterity that made it such an indispensable part of Bruce Springsteen & The E Street Band: Live In New York City. We may have a few weeks to wait for the full album, but the audience recently showed off its album cover, complete with a quote from the Boss himself! Check it out:

But even with longtime Springsteen producer Jon Landau lending his skills in the studio, don’t count on All Together Now to be a rehash of the old stuff from Live In New York City. According to the track previews, the record will feature original songs that touch on a range of topics, from heartbreak (“Don’t Say It’s Love (When You Know It’s Not)”)…

But don’t worry, guys. There’s at least one heartfelt tribute to the Boss in there:

Not only that, we’re also gonna get a cover of the Springsteen classic, “Badlands.”

So, is the 18,000-person crowd nervous about striking out on its own after all these years?

Not even a little bit.

“You know, Live In New York City was a collaboration, but ultimately it was Bruce’s show, and we were just there to support everything he was doing,” said audience member Ray McCall (Section 132, Row 12, Seat 17). “On [All Together Now], it’s all us. Our sound. There’s still a lot of Bruce in there, sure. Obviously, he’s a huge influence. But with this solo album, we really wanted to show people what the audience from Bruce Springsteen & The E Street Band: Live In New York City sounds like when it’s doing its own thing. I’m excited for people to hear it.”

So are we! And from the short previews we’ve already listened to, it seems like it’ll be well worth the wait.