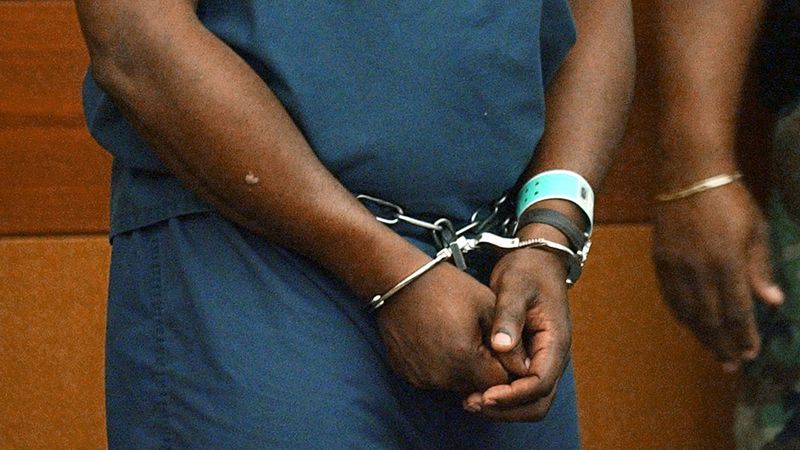 Every week now, it seems like we hear another story about a police officer killing an unarmed black man. No matter how often it happens, it never gets any less sickening. Not only are these police officers unjustly taking these young men’s lives for absolutely no reason, they’re also depriving them of their opportunity to experience the full range of horrors in the flagrantly unequal U.S. justice system.

One of the foundational promises of life in America is that, if you’re black, you are born with the irrevocable freedom to be marginalized and suppressed in abundance by our grand institutions of justice. Whether you’re rich or poor, criminal or law-abiding, it is your birthright to be routinely brutalized by our laws and authority figures until you are old and gray. But when an innocent young black man is shot dead by a cop, he is stripped of that fundamental privilege to fully experience our nation’s grotesque inequality in all its richness.

With each of these shootings, one can’t help but mourn the lost potential. Had Laquan McDonald not been gunned down by Chicago police, who knows what kinds of indignities he might have gone on to endure at the hands of those entrusted to protect us? Perhaps he would’ve been searched without warrant and arrested on some petty drug charge that would’ve only earned a white person a warning. Without the means to make bail, maybe he would’ve been locked up for months in an overcrowded prison while his trial was repeatedly postponed, and then, once he finally had his day in court, he would’ve gotten steamrolled with a harsh sentence and incarcerated for no reason. But because of the disturbing actions of one trigger-happy police officer, Laquan will never get to find out exactly which path of bigoted justice he would have been subjected to.

Police officers in this country must start valuing their lives so that they can fully partake in the black American experience and the time-honored traditions of inequality.

It’s an appalling reality that we tragically see unfold again and again, where young black men who should have decades of injustice ahead of them are gunned down by police before they’ve barely even had a sampling of the legally sanctioned terrors that are offered so plentifully to people of color.

We can take some comfort knowing that, even though these young men’s lives were ended far too soon, they were still at least able to get a small taste of the profound disadvantages that are systemically bestowed upon them. They might not have lived long enough to experience mandatory minimum sentencing or the crippling stigma of being permanently branded as felons, but you can trust that they were here for enough time to have lived through their fair share of profiling and pat-downs and various lingering disparities from the Jim Crow-era socioeconomic infrastructure. But that’s not enough. Nothing can make up for the decades of unfairness and abject discrimination that they were denied.

We can only hope that these victims are in a better place now, looking down on us from above and witnessing their own posthumous vilification by angry swarms of racists who have dug up old, unflattering social media photos of them as a means of justifying their murder. No, these men won’t ever get the chance to enjoy the wealth of systemic disadvantages that this nation affords them, but maybe they’re still up there somewhere watching themselves being disparaged as violent thugs by millions of people who never met them.

It’s a nice thought, but our young black men deserve so much more. Police officers in this country must start valuing their lives so that they can fully partake in the black American experience and the time-honored traditions of inequality. They deserve the opportunity to go through the whole pitiless ringer of shame and humiliation that is afforded by the justice system. They have an inviolable right to long lives full of miscarriages of justice. And anything less is a miscarriage of justice.