It’s Long Gone Baby, Long Gone: I Ate That Egg You Asked Me To Hold 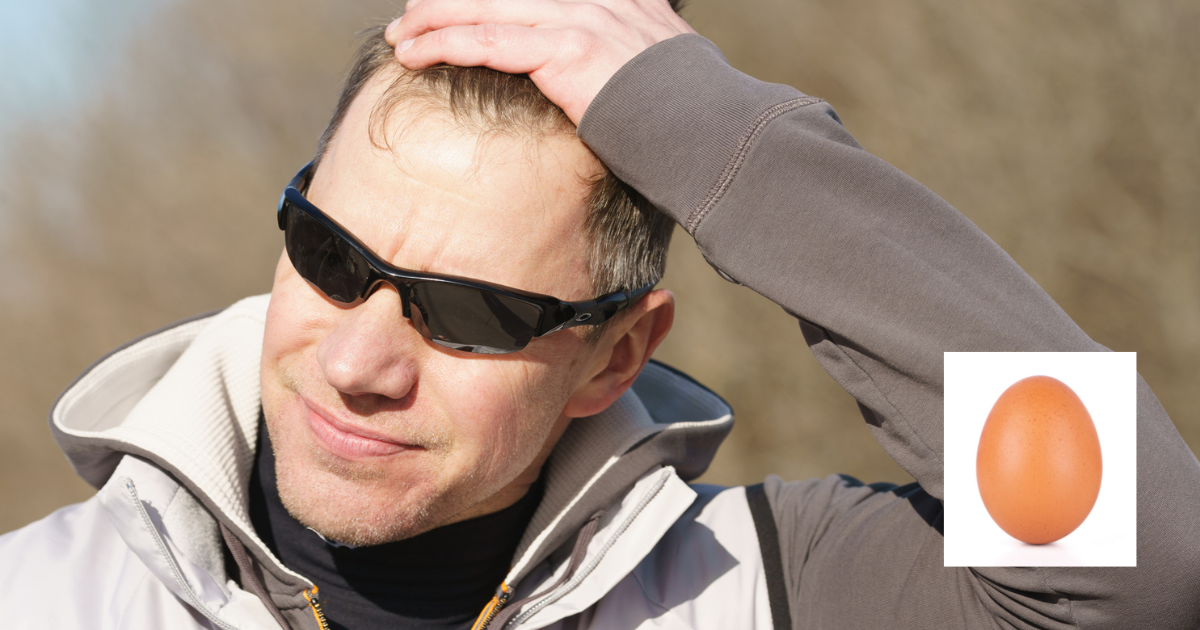 Your egg’s no more! It’s gone, baby, gone. Dead as a doornail. See, I ate the thing!

You said this to me in the parking lot of a TJ Maxx not 25 minutes ago: “Will you hold my egg for just a second while I go look for some elastic-waist slacks to impress the rest of the jurors at my jury duty tomorrow? None of my pants are court read, and it’s a murder trial, after all. But I can’t bring the egg in. I’ve been reprimanded before.” Now, who could refuse such a request? I took the egg in my hand and told you I’d die before I let someone take it from me.

But what you didn’t account for was, that egg began to look mighty good, mighty quick! I had not had breakfast on account of The Incident (I dropped my breakfast in a hole), and I got to thinking that maybe your very egg would suit my needs. I peered through the front window of the TJ Maxx and saw you neck-deep in a rack of dress pants. I checked the parking lot for police and militiamen. You were distracted by your search for jury pants, and no lawmen were in sight. I asked myself what Jesus might do in my situation, which was a bust, as he is currently dead. I was alone with nothing but your egg and my own conscience.

It was at this point that I ate your egg. I will spare you the graphic details, but suffice it to say, teeth, tongue, and gullet were involved!

So, no, the egg isn’t safe now: it’s gone, it’s been gone, and it ain’t a’comin back. The quicker you get that through your head, the quicker you’ll move on—I can tell you that from experience.

Seeing you leave that TJ Maxx with a jumbo-sized shopping bag full of elastic-waist pants, I considered lying to you about the fate of the egg you had placed in my care. I considered telling you a chipmunk grabbed the egg. I considered running like hell (my underground racing days are over, but let’s just say that with a little protein in my system I can really move). I considered saying that there was never an egg at all, a technique known as “gaslighting” that I learned about on Instagram.

But instead, something compelled me to tell the truth. You asked me to hold your egg. I ate it. Simple as that.

So, kiss your egg goodbye, and do it quick. You’re about as likely to see that thing again as I am to get a seat on the same jury as you for the murder trial you mentioned (not likely at all, but I will try, as I’ve enjoyed the time I spent with you!). I’d say I’m sorry about the egg, but I’m not. Given the same choice, I’d eat it again. I feel like a I was always meant to eat your egg. Perhaps eating your egg was my life’s true purpose. So forget your egg! It’s ancient history, baby. Gone, gone, gone!